RUSH: Speaking of protesters and so forth, try this story. This is from the U.K. Telegraph: “Students Who Avoid Making Eye Contact Could be Guilty of Racism, Oxford University Says.” Wait. Aren’t we taught not to make eye contact? Your first trip to New York, they tell you don’t make eye contact and don’t look up at the buildings, right? Don’t do it, because you’re immediately denoting yourself as a tourist.

If you make contact with the wrong people in the wrong place, racism is the worst of your problems. If you start looking at up at the buildings, “Woe, Mabel, look at that,” you’re not gonna find your wallet in about 10 seconds, maybe five, it just depends. 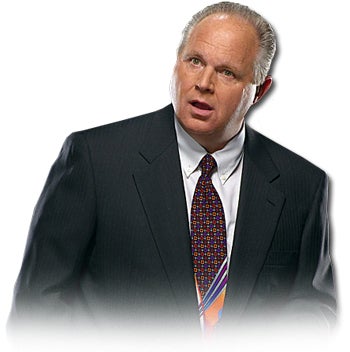 “Students who avoid making eye contact with their peers could be guilty of racism, according to Oxford University’s latest guidance. The university’s Equality and Diversity Unit has advised students that ‘not speaking directly to people’ could be deemed a ‘racial microaggression’ which can lead to ‘mental ill-health.'” Mental ill health, all by not speaking directly to somebody. It is a racial microaggression.

“Other examples of ‘everyday racism’ include asking someone where they are ‘originally’ from,” particularly if they are a person of color. “Hey, where are you originally from?”

“I don’t have to answer that. This is a microaggression.”

Oxford University’s Equality and Diversity Unit explains in its Trinity term newsletter that “some people who do these things may be entirely well-meaning, and would be mortified to realize that they had caused offence. ‘But this is of little consequence if a possible effect of their words or actions is to suggest to people that they may fulfil a negative stereotype, or do not belong.’

“Universities have been accused of pandering to the ‘snowflake generation’ of students, who are seen as over-sensitive and quick to take offence. Dr. Joanna Williams, a lecturer in higher education the University of Kent, said the guidance was ‘completely ridiculous’ and will make students ‘hyper-sensitive’ about how they interact with one another. ‘Essentially people are being accused of a thought crime.'”

Exactly right. That’s exactly what is going on. This is designed to make normal people cower from making any expression. This is censorship. This is fear and intimidation. This is to get you, you think you’re normal and everything’s fine, you are not supposed to say or look at or do anything. Anything like that that you do marks you as a racist and a discriminator. Now you can’t even lower your eyes and walk away without being considered a deplorable. And this is at Oxford. This is the highest of higher education.