Condolences to Cookie Gleason on the Loss of Her Mother Joan: The Kind of Lady Who Built America

RUSH: There are two things that I need to beg your indulgence in. First is one of the longest term employees here at the EIB Network, Kathleen Gleason Prayias, popularly known here as Cookie, she was one of the executive producers at Rush Limbaugh the TV Show when it began in 1992. And she stayed with us when the TV show ended. You know, in 29 years I can count on one hand the number of people who have left. And I don’t think any of them have been fired. They’ve either all gone on to other things or they have retired.

Kathleen’s a long termer. Her primary responsibility, or two things, executive assistant and she is the producer of all of the audio sound bites. She is the woman who watches all of this network garbage so that I don’t have to. She assembles all of the audio sound bites that you hear, and many that you don’t simply because I don’t get to them all. But it’s a 24/7 job that she engages in tirelessly. 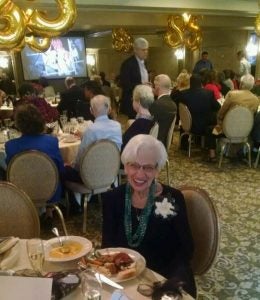 Her mother passed away last week in her eighties, and Kathleen and her mother were extremely close. Her mother’s name was Joan, and this woman, I have to tell you, I met her on a number of occasions. It’s amazing to me, folks, whenever I meet the mothers of people who work here, they all treat me as one of their kids, too. No matter how old I am, I’m always treated as one of the kids, and I’m always warned to treat all the other kids nicely. In other words, “Don’t you dare mistreat my daughter.” She doesn’t say it that way, it’s all good-natured. That’s the whole point. It’s all family-like.

And Kathleen’s mother, I just want to tell you a little bit about her. She’s a great lady in every sense of the word. She was the prototype for the kind of person this country was built by and built on and sustained by. And, as America evolves, there are fewer and fewer of these people. It’s a generational thing. There are fewer and fewer people like Joan Gleason. And it’s, as I say, just generational.

Joan Gleason, for example, was intimately aware of the Constitution, the nation’s founding, all of the values that came from the founding, raised her family with them. Today you’d have to do a deep survey to find out how many Americans even know of the Constitution, know of it or very much about it. But she was one of the solid foundational building blocks of her family and of the country. And there are fewer and fewer people like her today.

She was a standout. Over a thousand people are expected to attend her wake and funeral this week in New Jersey. It’s just mind-boggling for someone who’s not a public figure and who doesn’t live in a large metropolitan area. But I just wanted to acknowledge her life and her death this week and the profound effect that it’s had on her family.

Kathleen has borne up well under it. There’s so much love there that she had for her mother and vice-versa that it’s an understandably irreplaceable loss. The undeniable truth, however, is that all of our parents, particularly our mothers, for biologically and anthropological reasons, our mothers live on. Their hearts are in ours, and in Kathleen’s case and her mother, Kathleen is an extension of her mother, and in Kathleen her mother will live on.

And I just wanted to take a brief moment here to acknowledge this because it’s such a sad and devastating moment. At the same time it’s conflicting because Christianity, this is a happy time, you hope, and that’s the faith. And Mrs. Gleason led a life of such repute that infinite rewards should be hers.

And I wanted to make sure that we acknowledged this today, because I consider all of you in this audience to be an extended family, and you’ve heard the name Cookie bandied about here constantly over these years. She’s been out the past month caring for her mother. It’s not the same when she isn’t here, and that’s not meant to slight anybody else. 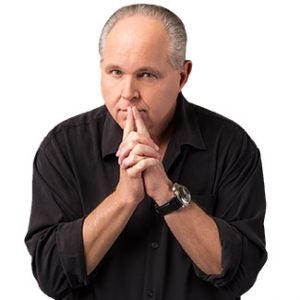 RUSH: I meant to mention something that I neglected, and, to me, it’s about Kathleen, Cookie. She was really proud of her mother. I don’t know about you. I know a lot of people, it’s natural, something occasionally about your mom or dad embarrasses you, especially when you’re a teenager and so forth. But with her, it was stunning. She admired her. Her mother was a role model.

She just had so much respect and admiration and was so proud of her mother. It’s a really, really deep loss because they had such an ongoing, deep connection. I neglected to mention that. It’s an important aspect and characteristic to this. It’s an enviable one, too, to have that kind of pride and respect and admiration for your parents. That’s a gift.