Flashback: The Drive-Bys Told Us Hillary Would Win Georgia

We have a montage of Drive-By Media types and bloggers and analysts and pundits and commentators who were salivating over what they said was a likely possibility that Hillary Clinton would win Georgia and upset everything in the process.

JUDY WOODRUFF (October 7, 2016): Georgia! It hasn’t voted Democratic in 24 years, but is giving Hillary Clinton reason to hope this year.

KATY TUR (October 24, 2016): (noise) Utah, Georgia, and Arizona — once reliably Republican and essential for a Trump victory — are now all up in the air as well!

FREDRICKA WHITFIELD (October 22, 2016): Hillary Clinton is hoping to pull out a win in a state that has voted for a Republican presidential candidate since 1996.

STACEY ABRAMS (October 27, 2016): (background noise): This is a win that is possible. Georgia really is in play!

CHRIS JANSING (11/4/16): If there was a state that was going to swing, that favored her — a traditionally red state — you gotta look at the African-American vote.

MICHAEL SMERCONISH (8/13/16): Georgia! Which ought to be in Donald Trump’s category! He’s struggling! 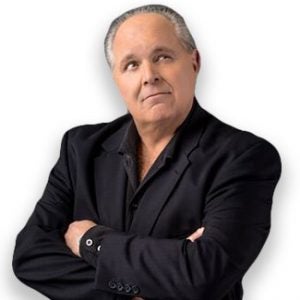 RUSH: That was Fast Eddie Rendell there bringing up the tail end of that montage. You see again between August 1st and November 4th, 2016, the Drive-Bys were in fantasyland on Georgia then for Hillary. Except they were unable to say that she won it, like Ossoff won last night, and here is how that sounded on election night. Trump easily won Georgia but the Drive-Bys… Oh! By the way, did you follow the results last night? I did. You know, the New York Times had a live results page, and it happened again!

There was an hour and a half where no returns came in, and it happened when Ossoff was at 50.8% of the vote, and then it stopped. He started out way high because they counted his precincts first, and his percentage kept dropping and dropping. When it got to 50.8% (except for one little bitty update) an hour and a half went by again before there were any updates. This is a single district in Georgia! Single district! About an hour into it, local Atlanta media reported a “rare error” in one of the election cards which meant that they were gonna have to redo things manually.

Shortly after that, the truth was seen, and Ossoff was down to 48.8%. So they were… I guarantee you in that hour and a half they were lookin’ for votes. They knew what was headed… You can look at the commentary on the New York Times page. They knew he was gonna come up short. They were hoping against all hope. The same thing that happens an hour and a half and general election returns on election night where nothing was reported and it was the same thing last night. It was the same thing last night. I mean, these things repeat, and you notice them.

So let’s go to the election night latest November. Remember we had had weeks of hype from the Drive-By Media that Hillary Rodham Clinton — the next president, the first female president, who could not tell a single soul why she wanted to be president. Other than she wanted to be first and she’s always seen herself as royalty. She’s always seen herself since she was at Wellesley as being owed the presidency. So that was her basis for running. They had her all poised and ready to snap Georgia from the Republican camp. For three weeks, they hyped it. But then election night came.

LESTER HOLT: (grim music) We’re making that projection now, NBC News projects that Donald Trump wins the state of Georgia this has gone on a lot longer than many imagined it would. But 16 electoral votes, Trump wins Georgia. 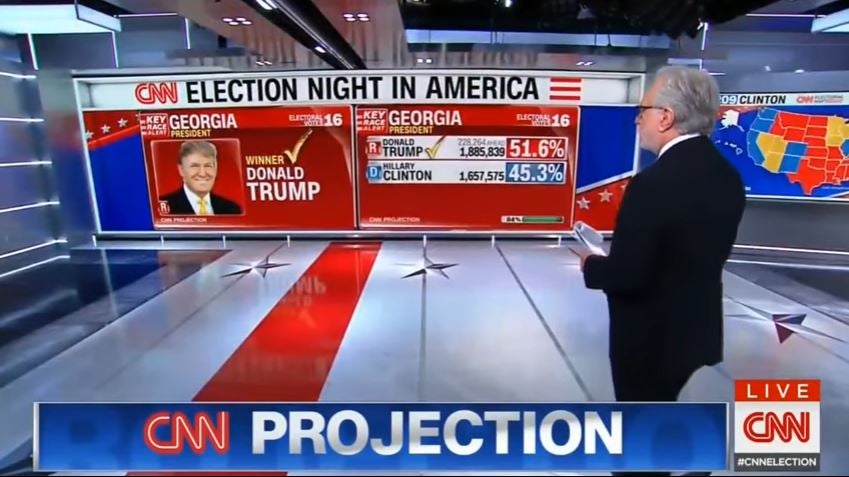 BRET BAIER: It did take a long time to get there, but she did not flip it.

NORAH O’DONNELL: (grim music) In the state of Georgia, CBS News projects that Donald Trump is the winner. Another battleground state falls.

BRIAN WILLIAMS: (grim music) In the state of Georgia, one of the earliest to close, one of the latest to be called. Donald Trump the projected victor there, 16 electoral votes. Lotta talk the Democrats, uhh, would be able to convert that. As you see our chart, it is a continued march of Republican red, sweeping the American south.

RUSH: But that’s okay. All of that’s okay because that now has been erased and mitigated because Jon Ossoff with a “victory for the ages” last night in the 6th district of Georgia. Once again, congratulations to Mr. Ossoff. Samuel L. Jackson, the Hollywood left, all of you who donated a sum total of $8 million to this absolutely stunning once-in-a-lifetime “victory for the ages,” I’m happy to join you in your happiness today and wish you many, many more like it.