Young Listener Seeks Advice on Standing Up to Conventional Wisdom

RUSH: And welcome back. Rush Limbaugh, talent on loan from God-d. We go to Miami. We have Kevin, and he’s 23 years old. Great to have you on the program, Kevin. How you doing?

CALLER: Rush, how you doing? How you doing? First-time caller. I’ve been listening to your program for — well, since I can remember — more than 50% of my life. How are you doing?

RUSH: I’m great, and I appreciate that. Thank you very much. Welcome.

CALLER: Great. Great, great. My first question is, you just mentioned conventional wisdom, and I see that on an everyday basis firsthand, where one of my big… I joke around with my friends that one of my biggest accomplishments in my entire life will be going through a, you know, four-year university and not coming out a liberal. But, I mean, it’s ridiculous the amount of spoon-fed misinformation that happens on a day-to-day basis in all of my classes.

RUSH: It is. I actually think it’s dangerous.

CALLER: Yeah. Yep. Yep. I agree. So my question, I guess, is: Were you a conservative when you were my age, and, if you were, how would you deal with going against conventional wisdom on a day-to-day basis and so forth?

RUSH: Oh, you mean for you in your situation now bucking conventional wisdom such as the liberalism that permeates campus? Is that right? Is that what you mean?

RUSH: Yeah, as long as I can remember being interested in the affairs of state and the world, my instincts have always been conservative. Now, when I was young, I knew what I believed, and I was fairly able to explain why. But it was awhile before I understood why I believed, in terms of being able to explain it to other people. That was just a product of getting older and becoming exposed to more information and other people and being interested in it. But my instincts have always been conservative.

I have never wavered from them in any way. My core beliefs are what they’ve always been, and they’ve never been negotiable or up for grabs. I’ve never been tempted. I’ve never believed I was wrong. Meaning, I’ve never believed that I made the wrong choice in matters of ideology. I’m confident and have confirmed belief in my conservatism to the point I never question it. I haven’t questioned it in any aspect of my life, when I look back on it. I don’t question it now. However, let me… I’ve gotta pause here for a break at the bottom of the hour. Can you hang on for it?

RUSH: Good, ’cause I want to pepper your mind for a couple questions.

RUSH: Here’s Kevin, back to Miami. Kevin, I’ve had a moment here to think about your call. You’re saying that you’re in a hostile environment now and you’re asking me if, when I was your age, I had to deal with the same kind of hostile environment, and was I tempted to not be as public with my conservatism? Is that close to what your question is?

CALLER: Yeah. Yeah, correct, on the ballpark. I mean, there are times like I speak up, to voice my opinion or I guess inform or could inform somebody around me, usually directed toward the professor. Not in an argumentative, you know, tone but more open for discussion, but the response I usually get is, you know, either to be shunned or, “Well, that’s not correct,” or the kids around me will scoff. Other times where I don’t even speak up at all due to the attitude of the professor because I’m afraid it might affect my grades. To me that’s more important. 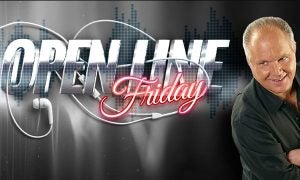 RUSH: Yeah, see, that’s the thing. You want the grade, and so therefore you’re gonna have to use that desire as your guidepost in how to behave. Now, when I was your age, I went to college just for one semester, and it was in the Midwest, and it was a school of 5,000 students, and they had enough books in the library so it qualified as a university. But back then the majority of the students in school were not liberal, and the professors weren’t. Well, the professors were; I take it back. But I remember, I was in school when Kent State happened, when the National Guard gunned down some students at Kent State in a protest. And in the English comp class that took place tweak after the incident, the teacher surveyed the class, did a survey of how many people agreed with the National Guard and how many agreed with the protesters. And you’re gonna be shocked to learn that a majority of the class supported what the National Guard did. Now, that would not be the case today, in any university.

CALLER: No, of course not.

RUSH: Where I encountered it, Kevin, was on the job. I started working… I left home when I was 20, and I went to Pittsburgh, and I worked at two radio stations in Pittsburgh, and I was the only conservative… I take it back. There was a second conservative at one of them, but we were never there at the same time of day. I was the only… I mean, I worked with people who thought George McGovern was the Second Coming. They would play Eleanor by The Turtles and dedicate it to his wife. “To Eleanor McGovern.”

They thought… It was incredible. It took every bit of restraint on my part to not even bring politics up. These were Top 40 rock ‘n’ roll radio stations where politics was not discussed on the air. I’m just talking about getting along with the people you work with. Now, they had no impact on whether I would get hired or fired; they’re fellow employees. But it was a… If somebody has a party and invites everybody for the weekend, do you go?

And if you go, do you bring the stuff up? If they brought politics up, I was gonna be the only one who was… And I’ll tell you this. Even back then — just don’t doubt me — I knew a hundred percent why I believed what I believe, and none of them could tell me why they believe what they. They only could tell me how they felt. They couldn’t give me intellectual reasons other than to say, “Conservatism sucks!, Republicans are mean.” They couldn’t sell liberalism to me if their lives depended on it, and you probably encounter much the same thing. 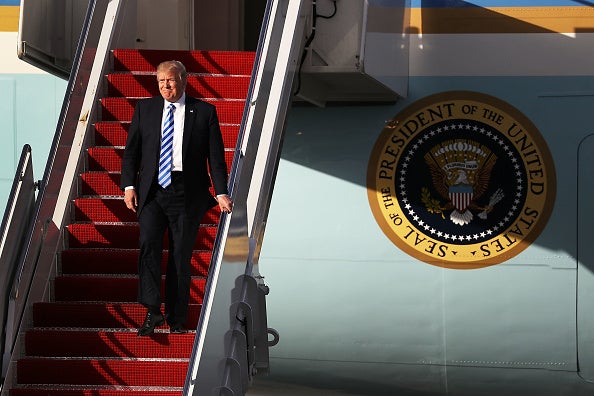 CALLER: Right, right. Yeah. I find myself in the exact situation. Usually in any type of intellectual discussion, it’s, “Well, you know, Trump’s a racist,” and I say, “That discussion ended up pretty quick.” I don’t take it any further than that, because once the the Islamophobia, the homophobia, the racist starts flying out there —

RUSH: Don’t even get sucked in. Kevin, don’t even get sucked into that. If they bring up the premise Trump’s a racist and you start trying to defend it if, that’s not the way to deal with it. Tell them that they’re bigots for thinking this. Turn it back on them and make them the focus of discussion and not Trump. When they say Trump’s an Islamophobe, tell ’em they’re crazy! “You’re absolutely crazy, and you’re not listening. You’re certainly not listening to Trump. You’re listening to a bunch of people not…”

Focus it on them. Turn it back on them. Make them defend what they believe. Don’t let ’em turn it on you. You have nothing to defend. You don’t have to explain anything to these people. They’re the ones who owe you the explanation ’cause they’re the ones out there attacking and trying to assault you verbally. But the best technique is turn it around on ’em by questioning: “How the hell…? Where do you get off believing this stuff? You can’t even back that up!” And then they’ll try. They’ll try, and you’ll hear quotes of what they heard on The Daily Show, or what they heard on a late-night comedy show, or they’ll quote some YouTube video that they saw. But they can’t tell you themselves why they think what they think.

CALLER: Yeah. I mean, you have the same exact individual who will cry and say, you know, “Poor Syrians were gassed by Assad!” And then one week later they’ll go back and say, “Oh, my God, Trump has now started World War III,” and complain about it. I’m kind of looking at them baffled. They’ll even throw in, “Oh, you know, Obama wouldn’t have done this,” and I say, “Obama’s the reason why Trump had to make the decision to begin with.”

RUSH: Exactly! You don’t need any advice from me. That’s exactly right. When the Syria thing comes up and they want to dump on Trump, you simply say, “The mess exists because of Barack Obama.” You go all the way back to Iraq, and you say, “Because Obama cut-and-ran out of Iraq, we have ISIS now. Obama with these phony threats and red lines in Syria, was demonstrating we don’t mean it when we huff and puff. So they continue to gas and kill innocent people. We’ve threatened all these years that we’re not gonna tolerate it, and Trump final comes along and has put force to the policy.” Again, they’re the ones have to defend what they believe. Always try to turn it around rather than having you always be on the defensive. It’s a favored tactic of the left.

CALLER: Always, Rush. One last thing I want to point out — and this is the argument I usually use when they say that Obama was the savior of the Middle East. Something that I don’t know why more people aren’t screaming at the top of their lungs is, How in the world…? I mean, you look our relationship with Russia today, and they are in fact our largest geopolitical foe.

CALLER: Tell me, how is it that Romney in 2012 in that debate…? Do you remember what Obama scoffed and mocked Romney? 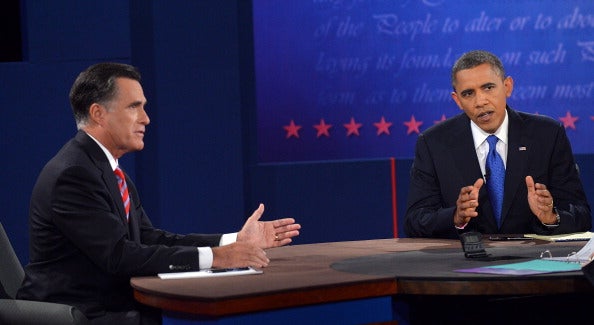 CALLER: “The eighties are calling; they want their foreign policy back.” I mean, I replay that video so many times and I’m saying, “How is it that a Massachusetts governor had more insight on our geopolitical foes than our standing four-year president?” It baffles me, and people have no response to that. It’s amazing how clueless Obama was in foreign affairs four years ago, let alone now. Ths is something that I want to scream off the top of my dorm.

RUSH: Obama had two things that Romney would never have. A, Obama was African-American, and that gave him a pass on any criticism. Any criticism was gonna be called racist, so people didn’t even try. You are crossing that line. You are now daring to criticize the great Barack Hussein O. So since you’ve crossed the line, you are the one that is behaving as a reprobate, because Obama is always going to be granted the latitude because of his intentions. Obama will always — by the left — be defended, exonerated from anything, because he had the right idea. “He really wanted to help! Maybe he didn’t, but he cared, and he tried. And Romney? Romney put his dog on the roof of the station wagon on vacation! Romney was mean.” You know, the real thing for you to do is run for the hills and avoid these people unless you can find a way to have fun turning it right back on them.