RUSH: Folks, it’s also Good Friday today. And this would be a great time for me to tell you about my brother David’s new book. Now, I’ve mentioned on previous occasions that my brother has become devotedly Christian and religious, and he’s fascinated by it in the scholarship sense. He has, like my father, read the Bible numerous times and is constantly seeking to understand it so as to be able to explain it to others and to answer other people’s questions. And he’s desperately desirous that as many people as possible try to learn the story of Christ and the gospels, as would anybody be who is passionate about anything.

So his books on the subject have been written in the fashion of creating interest rather than preaching answers. And his latest book just came out this week. It’s called The True Jesus. And he wrote the book because, among all these other things I said, he’s discovered as he’s talked to people about Christianity and Christ, that people are intimidated by the Bible, that Christians today, as you know, have become part of a minority something — not a minority, but Christians are an approved group that you can criticize.

You can make jokes about them. You can laugh at them. You can impugn them all you want and they have no recourse. They have to take it. You can’t make fun of any other religion. You can’t make jokes about any other religion without there being a price to pay. But in pop culture, you can impugn, you can destroy, you can misrepresent Christians, you can make fun of Christians all you want and be praised and have a career made out of it. And to my brother, this is distressing. And he has sought ways to try to make it all less the intimidating. And that’s what this book is.

And now Jesus is used by any number of people to justify their own behavior. And he says this is not who Jesus is and it’s not who Jesus was. I mean, there’s even a group now saying, “I’m perfect. God made me.” And nobody’s perfect, which is the whole point. So he points out in the book that Jesus says in the Bible that he came to divide us, that he represents the truth, and he knows people are gonna reject the truth.

He didn’t promise that by following him you would get wealthy and prosperity or have an easy life. Quite the opposite. That if you attempt to live the life of Christ, you’re gonna be hated, you’re gonna be despised, you’re gonna be reviled, you’re gonna be laughed at and made fun of. That Jesus told us he would divide brother against brother and father against son, mother against daughter all on the basis of belief or not. And so the milquetoast version of Jesus all sweetness and light and nonjudgmentalism and everybody dazzled, obviously not the truth. And all of this can only be discovered by actually reading the gospels.

So you might say, “Why doesn’t your brother just, say, read the gospels instead of writing a book about it?” Because he’s trying to be compelling. He’s trying to entice people to get interested enough to actually read the gospels and learn what he has learned. I talk about this with David frequently because he’s devout, and he thinks that if people read the Bible with an open mind and an open heart, that the truth of Jesus and of God will explode on the reader in a mind-blowing fashion.

So the purpose of this book, The True Jesus, is to introduce people to the gospels, make them less intimidating — you know, it’s written in such a way you can’t even understand it. A lot of people don’t understand the language itself, the prose, the way it’s all put together, and so this book is to actually serve as an introduction. And most of all, to encourage people to read the Bible for themselves rather than relying on other people who have and their interpretation or getting some of it from pop culture or what have you.

His book is in two main parts. Chapters 1 through 4 are an introduction to the gospels. And they start from about 400 BC to the last book of the Old Testament, Malachi, written about the time Jesus was born, so it’s about 400 years here, and much happened during those years, a whole bunch of empires were created. The scene was set, in other words, for the birth of Christ. 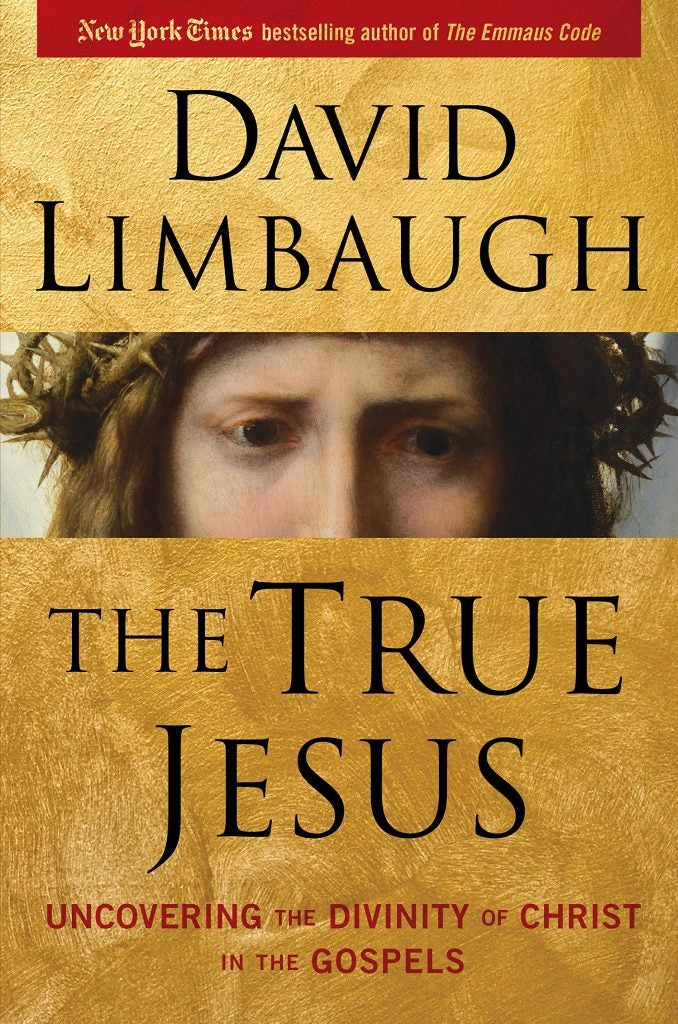 The second part of the book obviously examines the life of Jesus after birth. Chapters 5 through 12, second part, probably the main part of the book if you want to look at it that way combines all four gospels into a unified chronological account. In other words, changes the order and puts it chronologically as it happens so you don’t have to go back and forth and remember where you were. And there’s commentary in every section. The main goal with the book is to stimulate readers to read the gospels for themselves and to be less intimidated at the prospect of doing so. However, if you read this book, you’re gonna get a head start on the gospels anyway. It’s based on that.

It’s not just a couple hundred pages trying to motivate you to open the Bible and read it. It’s full of details from the Bible and enticements to go further. So I wanted to mention it today as a perfect day to mention it. It’s Good Friday. And it’s my brother’s third or fourth book on the subject. And they just keep getting better.

It was a massive undertaking. You would not believe, he hibernates and the sourcing that he uses to put this together, he doesn’t just look at the Bible and then start writing down what he thinks of it. He researches what others have said about passage, chapter, verse. If he doesn’t quite understand it, he goes to places that he thinks can help him understand it so that he can then phrase it in ways that other people — look, it’s like anything in passion: You believe in it, you want to share it. And in this case, his passion for Christ and Christianity and eternal life is something that he just is deeply devoted to and wants to share it and spread it with as many people as he can.

And so these books do that. And this latest one is out now. It’s Amazon, iBooks, Barnes & Noble, anywhere. The True Jesus is the name. I have my copy because I’m his brother, so I already have mine, but I bought it. I bought my e-copy from iBooks. (interruption) What do you mean, are there any pictures? (laughing)

He just got back from Israel. He took the Israel trip that I took back in 1993. I only got five days. He was there for two weeks. I knew it was gonna have deep meaning for him after having written the book. I had to talk him into going because it’s such a long trip and he has so many other responsibilities at home. But he’s glad he did it. It’s a once in a lifetime trip and he saw everything in Israel. Golan Heights, all the political, all the religious. And it’s a worthwhile trip.

Anyway, I just wanted to spend some time on this since it’s Good Friday and it’s not in any way an interruption into what’s normally happening out there. But look, seriously, if any of this has any interest to you, if you think of yourself as a devoted and devout Christian, I guarantee you that this book is gonna send you back to restudy, to reexamine, to relook, it’s that interesting, it’s that compelling. And it’s written from a standpoint of deep understanding and knowledge of the gospel after a lifetime of study. So, if it’s a subject that you think you want to look into, The True Jesus would be a superb beginning point for you, actually.

RUSH: No, let me clarify. I have a couple questions in the email. The book doesn’t replace the Bible. The True Jesus doesn’t replace the Bible. For those people too intimidated to even start the Bible because it’s too big, you don’t think you’re gonna be able to understand it, you see the way it’s written, no matter what version of it you get, and you never pick it up. You try to learn what’s in it from other sources.

The purpose of this book is precisely to take the intimidation factor of reading the Bible away from you by acquainting you with what’s in it, equipping you for what you’re going to find in chronological order. But really, folks, think of this. How many of you, when you think about Jesus, really think of somebody who’s sin-free. Who was portrayed as noncontroversial. Who had the ultimate answer on everything and everybody agreed, well, you know, that not everybody agreed, but that, nevertheless, it was milquetoast and it was sweetness and light. 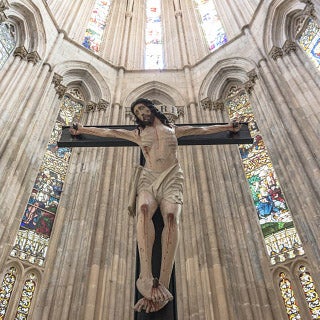 That’s not the way it was. Jesus was despised and hated, and he knew it was gonna happen. The country, the world, the area was divided precisely because of the challenges that he brought. He was a hugely controversial figure. He was not for everybody the long-awaited answer for the world’s problems. So if you have an impression of Jesus as the ultimate answer, that, you know, what would Jesus say? That’s become a popular saying, “If we only know what Jesus would say.” Well, half the people that would hear what Jesus would say would refuse to accept it, as they did then.

So it’s not a question of being overwhelmed; it’s a question of choosing to believe based on what’s inside you. Now, all this book is is a way of getting you to that degree of understanding and past all the fears or intimidation that people might have from reading the book because the Bible is so big, so complicated, jumps all over the place. The Old Testament’s organized, New Testament’s organized, but, believe me, this is a great assist in getting you ready. You’ll open the Bible with a whole heck of a lot of understanding before you even read the first word, and that’s what the purpose is. My brother, David Limbaugh. The True Jesus.