RUSH: So I have some things left over from yesterday that I want to dig back into today. The top of that list, the Democrats are being introspective for the first time in a long time about why they keep losing. And man, oh, man, Andrew Sullivan has a piece asking: Why does everybody feel so sorry for Hillary Clinton? 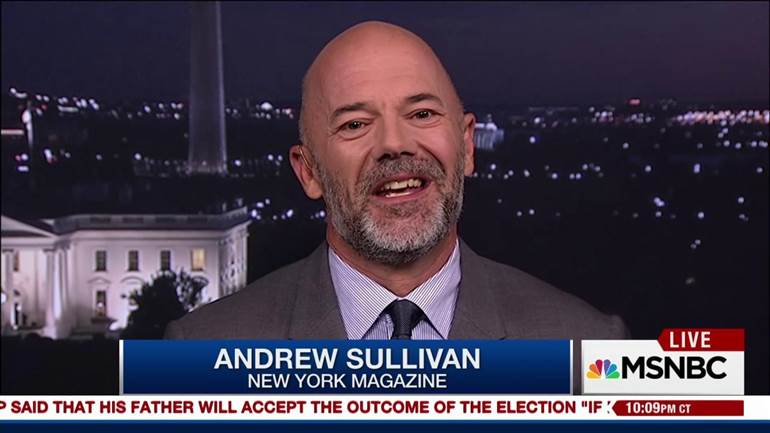 And it’s a great question and of course it’s a question I, El Rushbo, am capable, I’m qualified to answer. It’s at New York Magazine. “Why Do Democrats Feel Sorry for Hillary Clinton?” As opposed to blaming her for the loss. That’s where he’s going with it. And I, as the primary deconstructor of all things left and Democrat, can easily answer his question.

RUSH: Andrew Sullivan asks: Why do Democrats feel sorry for Hillary Clinton? That’s so easy. He’s frustrated by it and I can understand.

There are a lot of Democrats that think she’s the reason they lost because she didn’t try hard, because she’s not competent. She’s demonstrated over and over she’s a lousy candidate. She was only the Democrats choice because there really wasn’t anybody else, and it was her turn. Everybody figured she was owed a debt for making sure that Bill Clinton’s career was not derailed by his own peccadillos, by her hanging in there. He gave her health care to fix, reform. She made a mess of that. She made a mess of the bimbo eruptions thing.

After losing to Obama in the ’08 primary, she rigged the game in 2012 so that no other challenger would get anywhere, including Crazy Bernie. And that was really the only election fraud that occurred in 2016, was Hillary and Debbie “Blabbermouth” Schultz rigging it against Crazy Bernie. But they had to rig it so that there wasn’t a surprise person like Obama was a surprise in ’08.

She never has — I mean, the Senate seat New York, if you’re Democrat running for the Senate, you can’t lose. I mean, no matter who you are. You can’t. There just aren’t enough Republican votes to defeat you no matter what, so you could win anything. Winning the Senate seat in New York, that doesn’t recommend her for running for further higher office, ’cause that was an automatic. That was a given.

Sullivan is right. I mean, why are we wasting time here trying to find blame and why she’s a victim? If we don’t get this right, if we don’t correctly identify where we went wrong, we’re toast for a long time. And there are two or three additional stories for the Democrats are starting to get introspective. In other words, asking what they have done wrong. You never see this, which is why I’m kind of interested in it, to take a look at it. 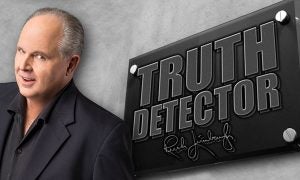 RUSH: Andrew Sullivan’s piece that I referenced earlier in the program. It’s in New York Magazine: “Why Do Democrats Feel Sorry for Hillary Clinton?” Instead of blaming her. We’re talking Democrats here. Why do they feel sorry for her? Clinton shows up at a women’s forum, and they all start crying, “Oh, my God, we feel so bad for you. It’s our fault we didn’t get you elected.”

She goes to a theater where there’s a play, the women there stop everything, “Oh, my God, it’s so great to see you! It would be so wonderful if you were president. I’m still wearing the bra you gave me in the campaign, oh, my God.” Instead of wondering why she blew it, why do they feel sorry for her? Andrew Sullivan’s a little perplexed here. And he really unloads. The first half of the story is kind of tolerant, but then later he turns his aim on her.

He spends half the article trashing Trump, ’cause it’s New York mag, he has to. He’s a liberal Democrat. He’s gotta trash Trump. After he gets that out of the way: “And everywhere you see not an excoriation of one of the worst campaigns in recent history, leading to the Trump nightmare, but an attempt to blame anyone or anything but Clinton herself for the epic fail. It wasn’t Clinton’s fault, we’re told. It never is. It was the voters’ — those ungrateful, deplorable know-nothings! Their sexism defeated her (despite a majority of white women voting for Trump). A wave of misogyny defeated her (ditto). James Comey is to blame. Bernie Sanders’s campaign — because it highlighted her enmeshment with Wall Street,” if Bernie just shut up, Hillary would have won.

“Millennial feminists were guilty as well, for not seeing what an amazing crusader for their cause this candidate was. And this, of course, is how Clinton sees it as well: She wasn’t responsible for her own campaign — her staffers were. As a new book on her campaign notes, after Clinton lost the Michigan primary to Sanders, ‘The blame belonged to her campaign team, she believed, for failing to hone her message, energize important constituencies, and take care of business in getting voters to the polls.'” 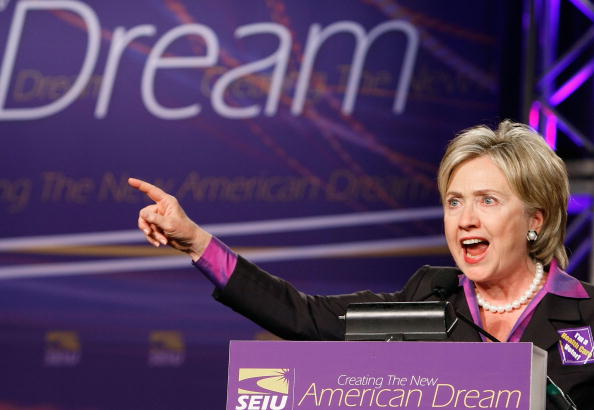 Well, as Sullivan writes here: “Let us review the facts: Clinton had the backing of the entire Democratic establishment,” including Obama, which, Mr. Sullivan says here is Obama’s biggest mistake in eight years, was going all-in for Hillary. Hey, Andrew, he had no choice. (laughing) He had no choice. The only hope for his legacy was Hillary Rodham Rodham. Anyway, so she had the entire Democrat establishment. She even had the president all-in for her.

“She was even married to the last, popular Democratic president. As in 2008, when she managed to lose to a neophyte whose middle name was Hussein, everything was stacked in her favor. In fact, the Clintons so intimidated other potential candidates and donors, she had the nomination all but wrapped up before she even started. And yet she was so bad a candidate, she still only managed to squeak through in the primaries against an elderly, stopped-clock socialist who wasn’t even in her party, and who spent his honeymoon in the Soviet Union.” She loses to this guy, or barely wins this guy.

“She ran with a popular Democratic incumbent president in the White House in a growing economy.” No, it wasn’t, but we’ll let that slide. Mr. Sullivan writes: “She had the extra allure of possibly breaking a glass ceiling that — with any other female candidate — would have been as inspiring as the election of the first black president.”

You know what he’s saying here? He’s saying she even blew the historical aspect of being the first female president because, well, he says any other woman it would have been a great thing breaking through the glass ceiling, but Hillary didn’t excite that way. Well, I don’t know what it means to me. I have to think about it. But Andrew Sullivan is clearly saying Hillary wasn’t enough of a woman to get credit for blowing through the glass ceiling. His point is that not even the prospect of being the first female president was enough to excite people about her.

“In the general election, she was running against a malevolent buffoon with no political experience, with a deeply divided party behind him, and whose negatives were stratospheric. She outspent him by almost two-to-one. Her convention was far more impressive than his. The demographics favored her. And yet she still managed to lose! ‘But … but … but …’ her deluded fans insist, ‘she won the popular vote!’ But that’s precisely my point. Any candidate who can win the popular vote by nearly 3 million votes and still manage to lose the Electoral College by 304 to 227 is so profoundly incompetent, so miserably useless as a politician, she should be drummed out of the party under a welter of derision,” instead of being felt sorry for.