And the reason he’s not staying at Mar-a-Lago is that the ChiCom leader doesn’t want the peasants that live in his country, doesn’t want them to see the style of luxury and so forth that he might be experiencing if he were seen tooling around Mar-a-Lago. So he’s gonna stay in some out-of-the-way, off-the-beaten-path place. I think it’s Lantana, Lantana, Manalapan, very close to one another. They’re south of where Mar-a-Lago is. You’re looking at me like you can’t believe that. 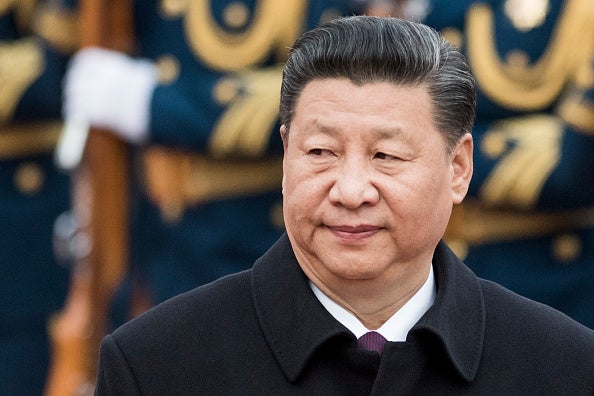 The ChiComs have got their own pollution problems, and they’re making no effort to really fix them, because the ChiComs are totally focused on unbridled economic growth, and they’ll deal with all those problems later. Right now they’ve gotta grow their economy. They have to create 15, 20 million new jobs a year in China, and those jobs cannot be in the cities. The cities are overrun. The cities are overpopulated. That’s why there’s so much pollution in the cities.

So the ChiCom leader has to create 15, 20 million jobs a years in the countryside. That’s, by the way, one of the reasons why Apple’s manufacturing factories are way out in the sticks in China. Shenzhen, some of them are close to Hong Kong, but many of the factories that Apple uses, they partner with a company called Foxconn, these factories are out in the middle of nowhere.

These factories are cities, 300 to 500,000 people work in these factories, and they built up little towns around them to house them. Hospitals, schools, everything else, all built around the factory. Imagine two or 300,000 people or 500,000 in a single facility. It’s not one big building, there are many buildings, but it’s an incredible number of employees. And the ChiCom cities like Beijing, Shanghai, all these, they’re overrun.

So the ChiCom leader’s got his own problems. But they are a staunch enemy of ours when you strip it all away. And Trump has acknowledged it’s gonna be a real tough two days with the guy. And the guy has made it plain he doesn’t play golf. Trump can’t take him to play golf, he’s not gonna be playing golf, he’s not interested in that. He’s not interested anything social. 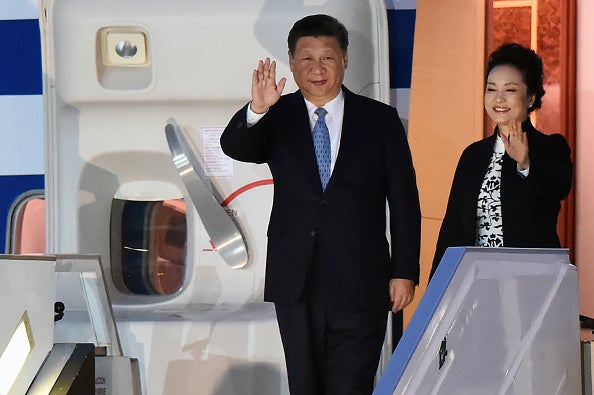 However, the ChiCom leader has a wife — this is a first — most communist leaders’ wives are never made public. I mean, they are the epitome of backgrounders. They show up at dinners but they don’t speak. They nod, they bow, they do whatever. But this guy’s wife, however, has taken the world by storm. She’s supposedly a model. She’s supposedly very, very aggressive, very up front, very visible, and loves being in the spotlight.

I mean, we don’t see communist leaders like this. I mean, think of Raisa Gorbachev. Did you ever see the wife of Yuri Andropov? Did you ever see the wife of Leonid Brezhnev? Did you ever see Khrushchev’s wife? No. And even if you did, you wouldn’t know that she was the wife of one of the communist leaders. So this ChiCom guy’s wife, that’s a whole different mix. But they are not doing the social route. They are not gonna do anything that will send pictures back home of the ChiCom leader sitting around drinking pina coladas in the lap of luxury at Mar-a-Lago. It’s not gonna happen.