Big Island Caller: The Democrats Are the Death Party

RUSH: Here’s Gerald on the Big Island of Hawaii. Great to have you with us, sir. How you doing? 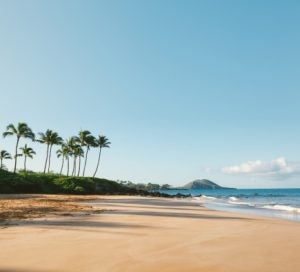 CALLER: Well, they’re killing people. I’m saying they’re killing Americans. Stop calling fossil fuel fossil fuel. It isn’t a fossil fuel. Read your own… Black gold, stranglehold, it’s a renewal energy, it’s clean, it’s safe. Quit lying. They’re trying to kill our president. They’re killing the family with all their deviant two mommies, two daddies. They were told by Johns Hopkins the transsexual is a counterfeit, an impersonator of a gender. It’s not a gender. They’re killing our freedom. We don’t have the right to do anything here in Hawaii. Our judge over here tried to kill everybody in my subdivision, their homes, by putting Pele above Christianity. There’s no end. My only question for you, my friend, is one time I’d like to send you a gift, four of my good books out of the 12, I’d like to play golf with you when you come to Hawaii.

CALLER: Yes, I had a heart attack on the golf course here at the Muni on the Hilo side. I’m 75 years — if I hadn’t had the heart attack there I’d be dead.

RUSH: Does it stop raining long enough on the Hilo side to —

CALLER: Oh, yeah, it’s been beautiful for weeks. Beautiful. I wouldn’t let you play Hilo Muni. I mean, it’s an okay course. I put out a golf challenge that if anybody in the state could beat me in a round of golf at Muni, I’d give them a thousand dollars, and that includes every pro.

RUSH: Wow. Look, that’s quite a challenge. Look, I doubt that it would be hard to find you next time I’m on the Big Island. Just gotta ask for the guy who thinks we’re all being killed, and I’m sure you’re known that way. You know, he says that persuasively. He doesn’t mean murdered. He means the culture is being killed, all this stuff. And I guarantee you there are a lot of people in the audience who go, “That’s right — I never looked at it that way.” I appreciate the call, Gerald, very much.