Putin Is Laughing Himself Silly

RUSH: I gotta play this sound bite for you here before we hit the break. This is this morning in Arkhangelsk, Russia, at the International Arctic Forum. (laughing) CNBC Europe has a reporter there — his name is Geoff Cutmore — and he got a sit-down with Putin at the International Arctic Forum. I want you to listen to the laughter here. The question is, “Mr. President, I just want to be very clear. You and the Russian government never tried — never tried — to influence the outcome of the presidential election, and there will never be any evidence found?” Here’s the answer. 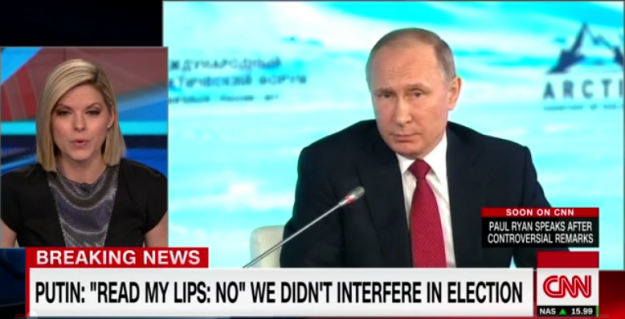