RUSH: Did you hear Chuck Schumer lost it in an upscale New York restaurant last night? He started screaming at a Trump supporter in a five-star restaurant! Chuck Schumer got mad that the wife of some guy he knew in there voted for Trump. Who was this? This was… Yeah, Joseph Califano. Remember, I’ve heard… I heard from Joe Califano. It was way back. I forget what now. He was a Democrat. He was Jimmy Carter’s secretary of Health, Education, and Welfare. That’s what it used to be called. It’s now Health and Human Services. 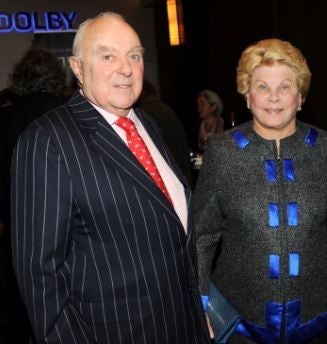 A guy named David Sarnoff created NBC, and a guy named Leonard Goldenson created ABC. But it was William Paley at CBS. He had a number of wives, one of them named Babe, who was a famed New York socialite, and she did her own thing with Paley in tow or not. But then he didn’t care. But she got their name in the paper all the time, so he was cool with that. There’s now the Paley Center for Broadcasting out in LA. They do some awards from there. What William Paley did… Forget what you think of CBS today.

What William Paley did is astounding. He had a daughter named Hilary. She’s married to Joe Califano, who is easily in his seventies. They’re dining at this place in Manhattan last night on the Upper East Side called Sette Mezzo. S-E-T-T-E M-E-Z-Z-O. They don’t take credit cards. This plase is so exclusive, they don’t take credit cards. Have you ever eaten at a place — I mean an upscale place, not a McDonald’s — that doesn’t take credit cards? Are you asking, “Then how do you pay? Do you have to go in there with wads of cash?” No.

You pay either by check, but if you pay by check they probably won’t let you in. You have to be approved for a house account, and they send you a monthly bill based on what you have consumed at Sette Mezzo. The 21 Club is the same, although they take credit cards there. Sette Mezzo does not, ’cause they don’t want pay anybody 3% or 6%. They want it all. My question is, “How can Schumer afford to go in there?” This place… He makes a hundred whatever he makes. He might be 200. He might be able to afford it twice a year. He’s got living expenses in Brooklyn. He’s got living expenses in…

Anyway, he’s in there and somehow he knew that Califano’s wife voted for Trump and he started screaming at them. Schumer

“was incensed that Hilary [Califano] had voted for Trump, even though her husband, Joseph, is a well-known Democrat.

One witness said of the restaurant rant, “They are a highly respected couple, and Schumer made a scene, yelling, ‘She voted for Trump!’ The Califanos left the restaurant” to get away from it, “but Schumer followed them outside,'” like a crazed, deranged member of the Democrat base. “On the sidewalk, Schumer carried on with his [rant]: ‘”How could you vote for Trump? He’s a liar!” He kept repeating, “He’s a liar!”‘” The Califanos left. (interruption)

Yeah, I remember the last time I saw a Republican voter started yelling at somebody that voted for Obama. You remember that, don’t you? Yeah, it was some Republican who… Actually, it didn’t happen. That’s why I don’t remember it. There is no such story. Because Republicans do not act like insane people — in public. In public. (chuckles) They’re not right, folks. They are not right, these Democrats. They have a sickness. There is something that has overcome them.