RUSH: You remember my long-ago suggestion that happened to be made on April 1st suggesting that in order to be fair and just, we needed to raise taxes on the poor, that the poor were getting away with not paying their fair share; they were just takers? And there was outrage. People didn’t associate April Fool’s with it. Well, the New York Post has a story: “European Country Imposes ‘Social Parasite’ Tax on the Poor.” A European nation decided to tax the poor, years later, acting on my proposal. See? You hang around long enough; it comes true. 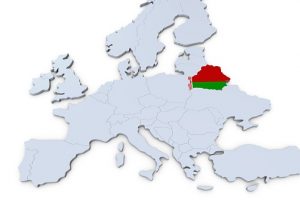 RUSH: Don’t blame me. It’s Belarus. It’s just the way the story is written. New York Post: “European Country Imposes ‘Social Parasite’ Tax on the Poor.” That’s the headline. The story: “A European nation has hit upon a novel idea to reduce poverty: Fine people for being poor.” You have to keep reading to find out what European nation it is, and I didn’t have a whole lot of time when I squeezed this in in the final little, tiny break there, but it’s Belarus. Sits between Russia and Poland and was formally part of the Soviet Union. It plans to introduce a social parasite tax on the unemployed. It gets even better. Not just the poor, but the unemployed. Cool.

“The country’s president, Alexander Lukashenko,” who has yet to be poisoned by Putin with polonium-210 but that’s gonna happen, has said that it’s a $233 tax here, folks, a month wages in Belarus. The equivalent in dollars is $233. That’s what the average Belarusian makes in a month. And the president, Alexander Lukashenko, or Lukashenko, not to be confused with Victor Yevtushenko, who was poisoned with polonium-210. You remember that, remember this guy? He had a drink, he’s a Putin critic. Hang on, I gotta enter my ID. Okay. Beta installed. Cool.

He was a Putin critic I think formally of the KGB, and he was having tea in some upper crust London hotel with some former spies and he had tea and somehow they snuck just a drop of the stuff into his tea and he was in the hospital progressively dying for six weeks. It’s equivalent to radiation poisoning. Polonium-210. Maybe it’s polonium-210, 211, 210B, whatever it is. It’s derivative of uranium. And it’s literally a drop, that’s all it takes. And he knew who did it. He knew they were associates with Putin. Putin of course denied it, said he never heard of the guy. But they chronicled his death every day in the London papers.

But back to the story about taxing the unemployed. “Some Belarussians have taken to the streets, saying it’s a step too far by Lukashenko, who has ruled Belarus since 1994. This weekend, around 400 people were arrested in the capital city of Minsk as protesters tried to hold a forbidden demonstration against the new law. … First signed into law in 2015, Presidential Decree number 3 –” guess there haven’t been many presidential decrees “– more widely known as the ‘spongers’ or ‘freeloaders’ tax, proposed fining people if they had not worked for six months.” (laughing) 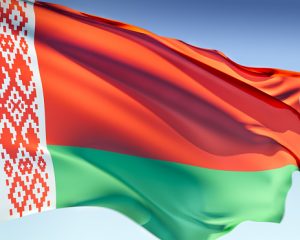 I mean, you have to be progressively unemployed and not looking too hard for jobs and they’re gonna start fining you for being unemployed. “The government says the protesters were not peaceful and ‘petrol bombs and arms-laden cars’ were found nearby. … At the time, Lukashenko said the tax would ‘stimulate able-bodied citizens to engage in labor activity,” that’s work, for those of you in Rio Linda, “and fulfill their constitutional obligation to participate in financing state expenditures.’ Failure to pay the levy, or take on menial work that pays a pittance, could ultimately send Belarussians to jail.”

“The law harks back to the criminal offense of ‘social parasitism’ that was on the statute books during the Soviet era to punish people who ‘intentionally don’t work.'” All right, be honest. How many of you are kind of digging this? No, you don’t have to admit it to anybody but you and me, and I can’t hear you. You just nod your head out there listening to the radio.

I mean, it doesn’t sound punitive to me, give people six months to find a job, you’re not gonna pay ’em whatever for four years not to work. If they don’t get a job in six months, they have to pay you because you’re not gonna let them become social parasites on the government system, known as spongers or freeloaders. (laughing) This is what it was in the old Soviet Union, and the Democrats loved this place.