Trump’s Voters Are Still with Him

RUSH: Heather in Blacksburg, Virginia. Great to have you here. You’re first. Hi.

CALLER: Hey, Rush. Thank you. Just curious to get your opinion on a possible theory I have. What if Trump’s behind all of this in regards to the failed health care bill.

CALLER: He’s not an idiot. He knows what he’s doing. 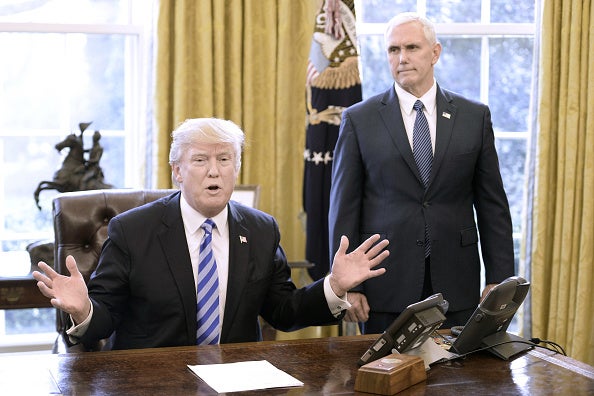 CALLER: And remember a few weeks or a few months back, out of the blue Trump made some comment about, “Well, you know what, maybe we should just let the bill fail and let the Democrats –”

RUSH: Not just once. There’s a number of times that Trump said it, and I believe he meant it. I’ll tell you exactly what it is.

CALLER: Exactly. And, you know, couple other thoughts too. I don’t know. I don’t know if he would want to get rid of Ryan, but if he would, this would certainly be a good way to make it happen.

RUSH: I hear that Bannon and Trump might want to get rid of Ryan, Speaker of the House. The House has to do that.

RUSH: I mean, if Trump can’t convince them to vote for the bill, I doubt that Trump could convince them to get rid of Ryan. You know, I’m just waiting for all of these Democrat intel investigations. Wouldn’t it be great if Trump was actually using the Russians to help sabotage the health care bill? You know, the Russians have experience here in socialized medicine, they love it, big national, socialized medicine. They’ve been there. The Russians have been there, done that. They know that — (laughing) — they’re screaming at me on the other side. (laughing) Trump works with Russians to sabotage health care bill, blames Ryan. (laughing) 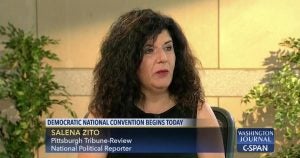 CALLER: All I know is I have total faith in Trump. He is so many steps ahead of everybody.

RUSH: All right. I appreciate the call. I’m running out of time. But I’m gonna use that last comment, ’cause I’ve got polling data, actually, two different things, a Salena Zito piece. But she’s right. Trump’s voters are nowhere near abandoning him, folks. Trump’s voters are not gonna blame him for this no matter how much the Washington establishment wants that to be the case. In fact, I’d even go so far as to say that opinion, you know, approval rating polls taken of Trump are irrelevant. Salena Zito thinks so because they don’t even reach the actual Trump voter.

RUSH: One little paragraph here from this New York Magazine story on the myth that there are Trump voters who regret it.

“Penn State political scientists Eric Plutzer and Michael Berkman summarized their findings in a Washington Post column: ‘While his governance has galvanized opposition groups and his overall approval level remains low by historical standards, his electoral base is not only intact but enthusiastic and energized, providing Trump with a significant base of power. Those who fail to recognize this may find themselves underestimating his capabilities in governance in the same way that many underestimated his candidacy.'”

Now, this story I think went to press before the health care debacle. It did. It’s March 22. So it would have gone to press before the health care debacle last Friday. But the premise still holds. It goes back to something that I have been reminding people of, that all Trump has are the people that voted for him as a support group. He doesn’t have the media. He doesn’t have a community of think tanks and other intellectuals. Everybody in that group of people is a Never Trumper or an anti-Trumper or ambivalent. But Trump’s base is all he’s got, and they are still with him.

Even the approval number polls, just like the presidential preference polls, the election polling that came out, it is theorized by many, including the great writer Salena Zito, recently in the New York Post, that Trump approval rating polls are irrelevant, because, as far as Trump’s base is concerned, they’re a hundred percent approval. But the pollsters are not finding those people. They are white working class workers, people, in cities all over America, but they are not found by pollsters.

And so the approval and disapproval numbers that Trump is getting that are being reported on are probably not based in much reality, just like the preelection polls were not. Because despite everything, Trump remains what he’s always been, an outsider who is completely not just underestimated, but misunderstood by all of those in Washington who are still trying to find a way to plug him into their system, and that’s never gonna work out. They’re never gonna understand him if that’s how they approach it.