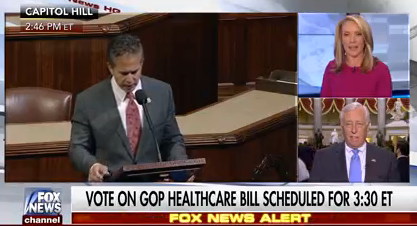 RUSH: Well, now, if this doesn’t just take the cake. I was just watching Fox, the Fox News Channel. They had an interview with Steny Hoyer, who was Pelosi’s number two guy in the Senate, instrumental in getting Obamacare passed. And he’s still there. They’ve got a three top up. Their big picture is of the debate in the House floor, then they got the anchorette, which is Dana Perino, then they got Hoyer. Now they got a two top. Dana Perino’s not on.

Seriously? We’re gonna bring Obama into this and we’re gonna tell everybody that this is really bad, it’s really doubly bad because not even Obama can support it? (laughing) These guys still think they’re running the show. And I guess if you have run the show for 50 years, it’s hard in three months to start acting like losers. On the same token, it’s hard for our guys who’ve been losers all their lives to one day start acting like winners. I mean, that is a psychological adjustment, especially when you didn’t think you were gonna win and you might not have wanted to. “We won? We have to lead? Aw. Excrement.” Who knows. 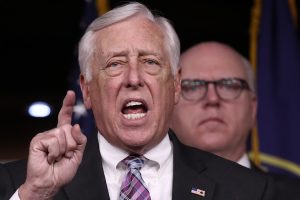 RUSH: Now, folks, I read in two different places that Obama is in Tahiti for a month on an all-male retreat of some kind, so it’s not possible that Obama could be looking through the lens of a Fox camera. What are you laughing? I read two different places this is an all-male retreat of some kind, I don’t know what, a spiritual retreat or something, in Tahiti. No, no, no, no, no. No, no, no. That guy’s islands are in the Caribbean. Now, as to the House vote, I don’t judge. I’m just telling you what I read. He can’t be looking through a Fox News camera lens to comment on health care. If this vote fails, have to look at the Russians, don’t we? Seriously.