This Country Is a Mess Because of Liberalism

Two stories, they’re both out of California. The first story: “California, Here We Go — Suffocating regulations have driven California’s housing crisis to the brink.” This is from TheCityJournal.org. I’ll just give you the upshot of the story. The reason fewer and fewer people can afford to live there is because there is layer upon layer upon layer of socialist government regulations, laws, policies, fees, mandates, all compounded by insane residents.

“Housing is so expensive across California that Joel Singer, CEO of the California Association of Realtors, said last fall that ‘only about one-third of our fellow citizens can afford to buy a median-priced home in the Golden State, down from a peak of 56 percent just four years ago.’ Californians who own their homes spend more than a quarter of their total income on housing, the highest ratio in the nation. In 2014, Golden State renters paid 33.6 percent of their income on housing — third-highest in the nation,” despite having rent-control laws. And, in fact, just as in NY, it’s partially because of those rent control laws that rents are actually so high.

“San Francisco has the most unaffordable rental costs in the world, according to Nested, an international real estate service. Los Angeles is tenth on the list. Three of the five costliest housing markets in North America are found in California: San Francisco, San Jose, and Los Angeles. The housing crisis isn’t confined to the state’s elite coastal enclaves. In Riverside County, part of a region east of Los Angeles known as the Inland Empire –” Have you ever been to the Inland Empire? Yes, I have too. Quite a bit, actually.

You drive through there on your way to other places. And if nobody tells you, you don’t really know. You see a sign “Inland Empire,” you say, “Where’s the empire? I see the inland, but where the hell is the empire here?” When you hear the word “empire,” you think magnificent estates and stuff. (laughing) Sorry. 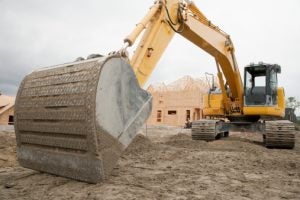 At any rate, “only 39 percent of households ‘are able to purchase a median-priced home, which in February was $334,440 for a single-family home.’ … The California housing crunch is the product of a dire shortage of homes. Over the last decade, developers have built an average of 80,000 homes each year. But that number is about 100,000 units short of what’s needed to keep up with demand.”

And you know why? You know why construction is — because of all the damned environmental regulations they have to go through to build a house. It’s like California’s already spent a hundred million dollars on legislation involving fairness. At any rate, it’s just one example.

And here’s another one. “Lead Poisoning Afflicts Neighborhoods Across California.” I thought it was the Republicans poisoning the water. I thought it was George Bush that didn’t care about lead in the water. Remember that? I’m sorry. Arsenic. You’re right. Arsenic. Republicans do arsenic; democrats do lead. From Reuters: “Dozens of California communities have experienced recent rates of childhood lead poisoning that surpass those of Flint, Michigan, with one Fresno locale showing rates nearly three times higher, blood testing data obtained by Reuters shows. The data shows how lead poisoning affects even a state known for its environmental advocacy, with high rates of childhood exposure found in a swath of the Bay Area and downtown Los Angeles.”

No kidding. So, in addition to unaffordable real estate prices, there’s lead poisoning. Who’s running this state? For every example of Trump being crazy, unbalanced, unfit, what have you, I can find you five stories where Democrats have and are failing the people of this country in serious, deadly ways. And this is what happens when Democrats have power. This is what happens when the Drive-By Media fail to do their jobs and hold Democrats accountable. That never happens. And all of this is why Trump got elected.

And it is normal to find this stuff unacceptable! It’s normal to be upset that an illegal alien rapes a young girl in Maryland. It is abnormal to want to provide the rapist sanctuary. It is the Democrats and the left who own the abnormal in our country. And it’s runaway out of control. And that’s why Trump got elected, and nothing you people in the media have done so far has convinced anybody that Trump has become abnormal and that you people are normal. You keep losing elections.