A Fascinating Call from a Trump Optimist

RUSH: Jerry in Cape Coral, Florida. Great to have you on the program, sir. Thank you for waiting.

CALLER: Hey, thanks, Rush. Mega dittos from a decades long listener and a recently retired fed employee. I’ve got a different take on things. I know there’s a lot of Trump supporters right now running around dismayed at Comey’s announcement today. But I look at it like this. We get callers just like the one you had before from the loony left, and then these unhinged persons running around masquerading as mainstream media, and they’ve been throwing out all these theories, unsubstantiated theories about some nefarious activities between Trump and the Russians during the campaign.

Now, had Comey not said anything about an investigation, these theories would have gone on for the remaining 1,400 days of Trump’s first term. My thought here is sooner rather than later, because we know anybody who’s researched this and looked at it without blinders on knows there is no evidence, not a zip, zilch showing any kind of collusion between Trump’s campaign or Trump and the Russians.

Now, sooner I think rather than later, Comey’s gonna come out and he’s going to say that the investigation’s over and there is no evidence. What he did was throw a rope to these crazies out there, and they’re desperately holding on to it. When he comes out and says that, it’s gonna put an end to it. Had he not, like you said, they could have run with this forever. But I think that’s what’s gonna come out of this, ’cause look at it. Even today, Mitch McConnell sitting in on the Judge Gorsuch hearing, sent out a tweet saying that in his meeting with Comey, at the end of it, Comey told him they are not looking at President Trump over this.

RUSH: Wait a minute, hold it, was that McConnell or was that Charles Grassley?

CALLER: I’m sorry. That was Grassley.

CALLER: I saw that earlier when I —

RUSH: Wait a minute. Let’s not zing past that pap Grassley tweeted between noon and 12:30 today Eastern time, after hearing Comey, he said, “I wish Comey would tell the committee what he told me about POTUS and the Russians,” meaning that Grassley said that Comey told him that Trump was not part of the investigation.

RUSH: There’s some inference here, because Grassley’s tweet did not say that Comey had told him Trump was not being investigated. His tweet was simply “I wish Comey would tell the committee what he told me about POTUS and Russian investigation.” So we are free to infer there that Grassley was suggested Comey told him that Trump’s not part of this and he wished Comey would have said that today.

CALLER: And I think what’s gonna happen is, at the end of this investigation, there is going to be information given out about how the information regarding Flynn and any other calls, how that came about and maybe even who leaked this information and for what purpose. So I think in the meantime, this is great, let the whacks out there run with this. But I think in the end, since up to this point there’s been no evidence, none whatsoever, and I don’t think anything is going to come up from now until —

RUSH: Okay, let me ask you a question, two questions. Do you think that Comey was being strategic today for the reasons you’ve just outlined?

CALLER: Yeah, he was hedging it a little bit there because he’s gotta say that there is an investigation. He’s giving them — they can take with that and infer from it what they will, and we all know what the left and the media will infer from that. But I think he’s keeping it close because, again, they talked about the leaks, the leaks being an important thing and something he would like to see —

RUSH: Let me be specific. Do you think Comey did what he did today to suck the Democrats into a trick? ‘Cause that’s basically what you’re suggesting is going on.

CALLER: I don’t know that he did it for that sole purpose, but if that’s what happens on it, that falls on the Democrats for looking at it in that light.

RUSH: Well, look, what you say sounds hopeful, sounds intriguing, sounds good. Here’s my problem with it. I don’t see an end to this. You seem convinced that Comey’s gonna someday announce the investigation’s and over and that when he does that, he’s going to officially confirm no evidence, we haven’t found anything, and that everybody’s gonna have egg on their face.

What if that doesn’t happen for two years? What if we go into the 2018 midterms with this investigation open, and you add two years of innuendo to today that there was collusion and this investigation is so serious and it must be so massive, it’s going on for two years, there must be so much to learn. I can write a bunch of narratives about a two-year investigation that nail Trump without any evidence. The longer this goes on, the worse it is, if you ask me. But you think it’s got a positive end. But for whom?

We’re never gonna convince these left-wing, rabid lunatics, no matter what Comey says, no matter what — if Obama were to come out and say “Sorry, nothing there,” they’re not gonna believe it, they’re gonna think the game is rigged ’cause their expectations have been built up so high. They already think Trump’s guilty and it’s just a matter of time before he’s impeached. So the people that are at stake here are Trump voters and people that voted for Trump that didn’t particularly like him but really didn’t like Hillary, the longer this goes the taint and the stain stays and maybe even grows. So how long do you think it’s gonna be before Comey comes out and says, “End of the investigation, nothing here”?

CALLER: Well, I would think that that’s going to take place within the next few months. If this has been going on since July, I don’t anticipate that it’s… Because it’s a finite set of time. Up until the election is what we’re looking at. So there’s only so much information in that time frame. So I think they’re going to — if they haven’t already — accumulate that information, and now they’re sifting through it and verifying it. I don’t think there’s going to be anything new that will come out of it that they will find.

But I think in the meantime, if Trump keeps moving forward with his agenda, let the rabid left continue to go on about this, as the economy continues to hum and improves. If we get health care squared away, the immigration situation squared away, some of our trade deals squared away, along with the tax reform coming up this spring, I think that is going to be a bigger point than people still holding onto this.

RUSH: Okay. I appreciate it. I would love to ask you more here on your thoughts. I gotta go. I’m up against it here on time. But, Jerry, thanks for the call. About the Trump agenda and some of the other things you just mentioned, I do have some points to add but I gotta do it when we get back. 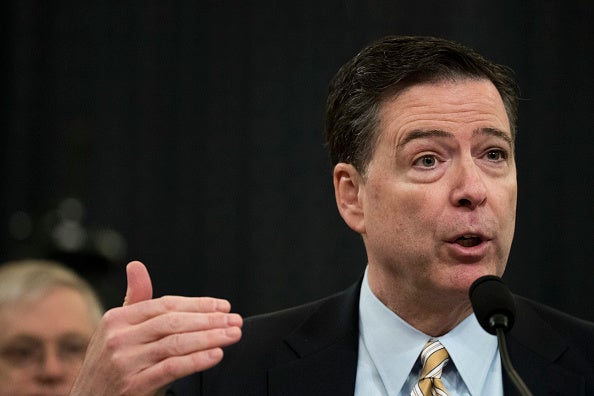 RUSH: Our last caller was a Trump optimist and I found it fascinating, and I wish I had time to comment on it. I’m gonna save it for tomorrow.  But I do want to point out, Trump… According to Gallup, Trump’s approval rating is an all-time new low of 37% right now. Yet according to other polls and the stock market, the majority of Americans seem to be newly optimistic about the country and the economy and suddenly think we’re on the right track.  So Trump’s approval seems to be the mirror opposite of what pertained under Obama.

Obama had great, great approval ratings while the country was tanking.  Now the country is reviving, storming ahead as evidenced by our optimistic Trump caller, and his approval’s at 37.  Something’s wrong with these pictures.  But that’s as far as I’ll go.  But the Trump optimist’s view of this I find fascinating and so much so that I’m gonna make a note to myself.  Well, I’ll tell Siri — I can’t say this too loud — to remind me, ’cause it’s a fascinating take.  This investigation, though, the idea that it’s gonna end and the Democrats are gonna have egg on their faces and that Comey is going to be the instrument of that?

Forgive me if I have my doubts.  I’d love to be surprised and be wrong, but… I mean, I’d love it if this is a Democrat setup.  That’s not what the caller said, but it’s where he was headed. (interruption) Well, I don’t know whose side Comey’s on. I don’t know that… Comey ought not be on a “side.” I mean, if you look at his job purely in a vacuum, he shouldn’t be on a side.  But he certainly got into a lot of politics today.  I’ve never heard an FBI director outside of Hoover — and Hoover didn’t do it officially — get into politics, political analysis the way Comey did today.