Sean Spicer Takes It to the Press Corps

Yesterday in the press briefing Spicer’s briefing during the Q&A we have a montage of Spicer’s answers citing various news sources. This is in response to a question from Jonathan Karl at ABC News about Trump’s tweets that Obama wiretapped Trump Tower. And, as you know, Trump has doubled down on this. He’s not apologized. And they keep going after Spicer. Admit this is a made-up thing! Admit that your boss is off his rocker! Admit that your boss is insane! Admit that the president is a Looney Toon! They just keep going after him this way. This is what Spicer did. 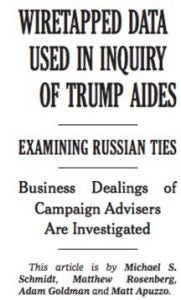 RUSH: His point is, the press is up there demanding, “Where are you getting this stuff? Your boss is an idiot. What do you mean Trump thinks that Obama wire –” So Spicer said, well, let me tell you where we got it. We got it from you! And he reads the sources right back to ’em. Every one of these sources the New York Times, that headline on January 20th “wiretapped” right in the headline. Heat Street, that’s where the original reporting on the FISA warrant request last summer came from, a reporter by name of Louise Mensch, by the way, a five-star Trump hater. She’s since been fired by Heat Street, from what I understand.

Andy McCarthy summarized all of this at National Review based on what was in the Drive-By Media. And he just read it right back to them. So the Drive-Bys freaked out last night and this morning. We put together a montage CBS, CNN, MSNBC, NBC, ABC reacting to what Spicer just did.

LAUER: Some new defiance from the White House.

HAYES: The lengthy spectacle in which Spicer was more combative than usual.

STEPHANOPOULOS: One of the most surreal White House briefings I have ever seen.

RUSH: Okay, those last two are were Stephanopoulos and Jonathan Karl from ABC News. Of course they haven’t. You know, again, what this is, Spicer says the reason we’re saying what we’re saying is ’cause you’ve reported it. You have reported that there were wiretaps on Trump. You have reported that there’s an investigation into Trump. And Spicer essentially reads them the headlines or in some cases the first sentence or two of the story. So what they said was thrown right back at them. And they call it surreal. And then they start making fun of Trump for believing what he sees on TV. And they start criticizing, “You know, this guy Trump, I mean, if he sees it on TV he believes it. He doesn’t read anything.”

Now, stop and think of that. These people are on TV. They believe they are defending, protecting, and saving the country because they have a First Amendment right to do what they do. They are imbued with so much self-importance that it reeks. And yet when people quote them, when people say that they watch them or read them, they freak out. “You mean you got that from us? How stupid are you?” Think of that. They often criticize Trump for saying that he saw something on TV. Well, what, are we I guess not supposed to watch it now? Are we not supposed to believe what we see on TV? If we’re not, why are you people on TV reporting it? If the president isn’t supposed to see it, believe it, consider it, react to it, why are you doing it?

And the real question is, what is so worthy of panic having your own work read back to you? Why is that surreal? Why is that even odd? What is so bad about Spicer quoting you back to you? That’s what’s surreal. What is surreal is that the media feels insulted that Spicer would dare repeat what they have reported as a means of defending his boss and his allegations.

While I have the moment here, I’m gonna take care of one of these issues I’ve been waiting on. I’m gonna tell you what I think has happened here and why I think Trump said that he’s been wiretapped. And I can trace this right back to Michael Flynn, who has since been forced to resign because he met with the Russian ambassador and didn’t tell Vice President Pence the truth about it.

I do not believe they were wiretapping Flynn, although if I learn later that they were, I will not be surprised. But I do believe that the NSA routinely monitors, which could include a wiretap, it could include any kind of surveillance or hackery of all of these Russian people in the country, Russian ambassador, anybody at the Russian embassy, I guarantee you this happens. The NSA does this routinely, not just the Russians. The Iranians. They’re surveilling everybody.

Okay, so the Russian ambassador is under surveillance, phone call with Flynn. Now, by law, when the NSA, the CIA, the FBI, whoever is surveilling a foreign agent, if the foreign agent happens to be talking to an American, they are by law supposed to ignore and not act on what they hear the American say because they’re not the subject of surveillance, and they haven’t been granted a warrant to surveil them from the FISA court.

What I think the controversy might well be is that all of these various means of surveillance of the Russians and whoever else have undoubtedly also availed the opportunity to hear who they’re talking to that might be Americans, the Obama administration, Trump administration, Trump transition, and I think if anybody, the intelligence agencies or the FBI or even the Obama administration, if they acted on what they heard a Trump official or any other American say in a wiretap of a Russian, they’re supposed to ignore that, they can’t use it as a matter of law because Americans cannot be survived without a FISA warrant.

And I wouldn’t be a bit surprised — and I’m not predicting it; I’m just telling you Trump’s doubling down here for a reason, and it could be strategic and political. It could also be born of substance. It could well be that the legal surveillance of these foreign actors has produced tempting information from the Americans they were talking to, and that stuff may have been used illegally, in which case you’ll never know, because there won’t be a warrant request for it. To this day, after all the reporting on those two FISA warrant requests, nobody knows for sure if they were actually ever requested. 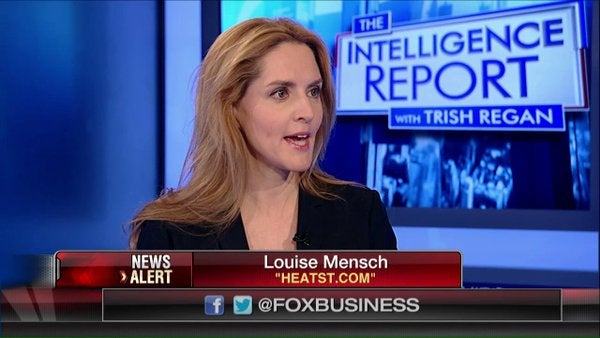 Now, Louise Mensch of Heat Street is the only Drive-By who literally reported that a FISA warrant was requested by the Obama administration of the Trump campaign in June of 2016. She also reported that that request was turned down. She then reported that the Obama administration went back in October with another FISA warrant request that did not mention Trump and that that one was granted. Now, that’s been reported, and that’s one of the things Spicer was referring to. That’s been reported everywhere, but nobody has actually yet confirmed it. And the original reporter, Louise Mensch at Heat Street, a five-star Never Trumper, has since been canned.

Now, we’re led to believe that the president and Jeff Sessions, the AG, can find out whatever they want about FISA warrants. They’re in a position now that they have to be told if they ask. People are assuming that Sessions and Trump know, because they can. But there’s no evidence, no evidence that any or either of those two FISA warrants ever actually existed. Yet look at all of the reporting since June of 2016. Well, actually since the fall of 2016. All of the reporting on those warrants as though they have been granted and that they were active and investigations were undergoing.

That was Spicer’s whole point in reading back to the media the things they have printed about this investigation. And since Trump lobbed that grenade back at ’em about Obama surveilling Trump Tower they’ve all been having conniptions saying there wasn’t an investigation, Trump’s a fool, Trump’s an idiot. And that’s why Spicer, “What do you mean there hasn’t been an investigation? Here’s what you all reported,” rat-tat-tat-tat-tat, reads it back to them.

Move forward to audio sound bite number nine, Nia-Malika Henderson, CNN Tonight last night. It’s during a panel so she was not asked a question, she just volunteered this, talking about Spicer and his press conference and all these things he said, and she’s reacting to it with this.

RUSH: So Spicer, what was he doing? He was making it up. He’s giving talking points to me? If anything, folks, it’s the other way around, that talking points are provided here and others pick them up. We don’t get talking points from people. We provide them. That’s what this program has long been known for, providing strategy, talking points and all of that.

But this is not what that was. Spicer was throwing it back in their face. And so here’s this babe at CNN trying to delegitimize, “He’s just giving talking points,” as though that never happened, as though none of that reporting ever happened, Spicer made it up. They can make fun of Spicer all day long, they can parody Spicer, they can make fun of Trump, but I’m telling you these people in the White House are changing the way things happen right in front of these people’s faces, and I don’t know that they’re aware of it even yet.