This Will Tick You Off: Republicans Pander on Climate Change 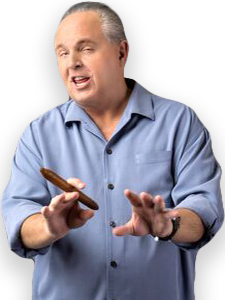 ‘Cause when I saw this, when I saw this… You want to hear the headline? “Republicans Break Ranks with Pledge to Fight Climate Change — Seventeen conservative Republican members of Congress — 10 of them in their first or second terms — are bucking [i.e. opposing] longtime party positions and the new occupant of the White House.” These “seventeen conservative Republican members of Congress … announced on Wednesday that they’re supporting a clear statement about the risks associated with climate change, as well as principles for how best to fight it.”

It even has a name. “Called the ‘Republican Climate Resolution’ by supporters, the statement by House members takes about 450 words to mention conservative thought on environmentalism, support for climate science, feared impacts [of climate change], and a call for economically viable policy. They pledge in general terms to support study and mitigation measures, ‘using our tradition of American ingenuity, innovation, and exceptionalism,'” quote, unquote.

“It’s essentially the same thing that was introduced in September 2015 by then-Representative Chris Gibson of New York. What’s changed since [2015] is that almost 200 nations agreed to work to bring climate change under control, America elected a Republican president — Donald Trump, who seems determined not to” do anything on climate change. “With 17 co-sponsors…” Here’s the point of this. This is an actual piece of legislation, folks. It’s not just a proclamation. The Republican Climate Resolution has 17 co-sponsors.

It is nowhere near getting the number of votes it needs to pass. Its likelihood of passage is kerplunked. It has no chance of passing. And yet these 17 conservative Republicans sponsor it and co-sponsor it. Why?

“These bills are interesting in the way that solar energy is, even though solar makes up 1 percent of U.S. power generation. Like solar power, Republican climate bills are noteworthy not because one is likely to pass anytime soon, but because massive external forces — markets, other governments, and climate change itself — may eventually force it into the foreground. The resolution is spearheaded by three Republican members of Congress: Elise Stefanik of New York, Carlos Curbelo of Florida, and Ryan Costello of Pennsylvania.”

And the story says here that these three co-sponsors “hail from parts of the country on the front lines of climate change”: Southern Florida, northern Nevada, central Utah, and Mark Sanford of North Carolina is part of this group too. It doesn’t have a chance of passing.

You know what I think this is? In addition to any number of other possibilities. Remember what I have said. You cannot find a person 35 and under who doesn’t believe in it. They exist. But the vast majority of Millennials really are scared excrementless over this. They have been educated and taught and raised to believe this planet will not be habitable by the time they reach retirement age.

They believe all this phony malarkey that Algore’s put out, that the polar bears are dying, that the ice is shrinking and melting, they believe it. And they’re scared to death. And I think these 17 Republicans are simply — this is a play for the Millennial vote. It’s a demographic play. Rather than tackle this from the standpoint of educating these people and telling them that they’re wrong and have nothing to fear, the decision’s been made that it’s just easier to make ’em think you care about it.

The objective is to get their votes, demographics said to be important to the Republicans, Republicans said to be an aging party, need to find a way to get younger voters to support ’em, so, ergo, climate change, that’s how, they all believe it, so we’ll tell ’em we do too.

The Atlantic has a story today: “Meet the House Republicans Calling for Climate Action in the Trump Era.” Seventeen of ’em, mentions the name that I’ve mentioned and is basically the same information that I’ve passed on to you here. And as you read it, you just get frustrated. You get mad. It’s just more and more of the same thing.

The tide, to some people, appears to be so overwhelming that it’s worthless to fight it. So they say, “Let’s join it and let’s try to capitalize on our supposed belief in it.” And I think that’s largely what’s going on. The reason I oppose it so much is because climate change contains virtually everything, everything in it. It’s an issue that has been built and structured to house and contain virtually everything the left considers important. It’s all in what they claim is happening because of and due to climate change.