The Pessimism of Gutless Washington Republicans

RUSH: Remember what we talked about yesterday, Obamacare and the strategies involved? And I shared with you that in a strict political analysis, that Dr. Charles Krauthammer came up with a very brilliant take on this. If you are convinced that Obamacare — the repeal and replace — is going to fail… And as I pointed out yesterday, that seems to me to be the general state of mind, that it’s gonna fall, that it can’t pass. Doesn’t it seem that way to you? And not just the news coverage. 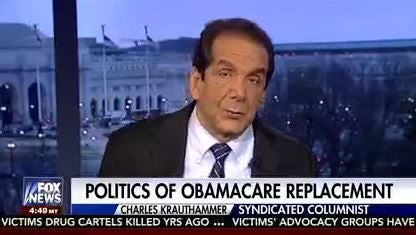 When you listen to various Republicans or any Democrat talk about it, don’t they convey to you that it doesn’t have a chance. It’s too confusing and there’s not enough agreement on this or that. But the general narrative of the Republican repeal and replace of Obamacare is that it’s blowing up. “The Republicans are incompetent. They don’t know what they’re doing; they’re gonna make it worse.” Doesn’t that seem to be the flavor of the news? Well, it is. And so the learned commentariat is weighing in on it with that in mind.

“Okay, if it’s gonna fail, then how do you avoid the political nightmare?”

In this bill you load it up with everything you think it really should be. Don’t play games with first phase, second phase, third phase. Do a genuine repeal, come up with a genuine replacement, do it as though you had a free rein to do the best you could. Put everything in this bill that you, as a Republican and a conservative, want the health care system to become.

The Krauthammer theory is the Democrats in the Senate will automatically vote against it and kill it, and in that way, the Democrats get the blame for it. But for this to work, the Obamacare repeal and replacement bill has to pass the House. If it dies in the Senate, under the theory, then the Republicans and Trump can blame Democrats for it.

Now, be honest. Even though that is brilliant theory, it still results in what? No change. It results in the Obamacare repeal and replace failing. Now, Krauthammer’s political strategy here is brilliant, but, again, it’s predicated on what everybody thinks is gonna happen, that it’s gonna fail. Isn’t it amazing to you that there’s no optimism?

RYAN: I am very pleased and very excited, and I gotta tell you, it’s something I haven’t seen in a long time. This president is getting deeply involved. He is helping bridge gaps in our conference. He is a constructive force to help us get to a resolution so that we get consensus on how to repeal and replace Obamacare. It’s been very helpful, and the president of the United States is the one who’s bringing people together, sitting around a table, hashing out our differences, and the president is playing a very constructive role on this. His involvement and his engagement, his listening and his negotiating skills are bringing people together. Did you see him yesterday in Detroit and Tennessee? The president has a connection with individuals in this country. He goes around the media and connects with people specifically and individually. This is a power that we haven’t seen since Ronald Reagan. 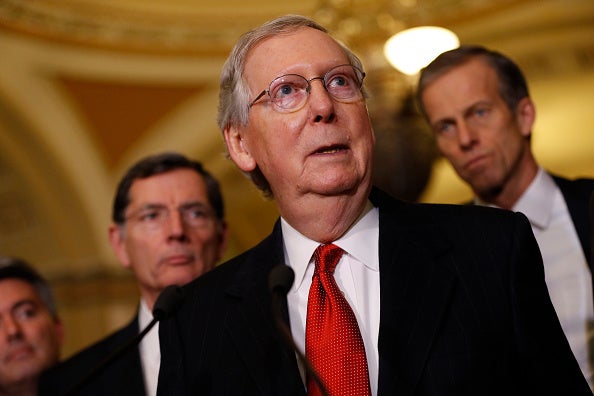 Crowd was going nuts, cheering, standing ovation. Ryan obviously heard that last night. Ryan obviously saw that last night. The one-on-one connection that Trump has with people, I guarantee you these people have noticed it. Not talking about Ryan here. I’m talking about the media establishment. And they’re jealous as hell of it. They are envious. There’s not a one of them that has a connection with their audience like Trump has with his. Not a one. There’s not a one of them that’s capable of it. So you add that to the mix of why they hate Trump.

So Trump makes it clear to these people we’re gonna get in a room, we’re gonna work on it, I’m gonna make it happen, we’re gonna make it happen. Here comes Ryan praising Trump to the hilt today, ’cause I think Ryan was waiting for Trump to confirm that he’s with Ryan on this. And that’s what Trump did last night. Okay? But even with all that, outside of Trump, outside of Ryan’s optimism there, the overall mood, which I think is common pretty much in Washington, pessimism, doom and gloom, it’s how they survive. The narrative is Obamacare repeal and replace is gonna fail. And because it’s gonna fail we gotta come up with a way that that failure isn’t gonna hurt us and that was Krauthammer’s theory.

Okay. Headline from the Hill: “Nervous GOP Senators Rooting for Ryan to Fail — A growing number of GOP senators are hoping the House fails to pass its bill to repeal and replace Obamacare so they won’t be blamed for killing it.” I told you. Dr. Krauthammer told you. So now everybody is operating on the basis that it’s gonna fail and blow up and how nobody wants the blame. What a bunch of gutless wonders that we have doing the bidding.