RUSH: Hey, did you see…? Did you see what the Kremlin did? (chuckles) You probably know this. I was off the grid until last night, so… Yeah, this was yesterday. You may have heard this already. It doesn’t matter because until you’ve heard what I think about it, you really haven’t heard. “Kremlin Spokesman: Russian Ambassador Met with Advisers to Clinton Campaign, Too.” Oh, yes. This story is not going away — and you know who’s trying to keep it alive is John McCain, among others. McCain is asking for a full investigation into this.

Well, look, just in the human sense: McCain, Trump insulted him during the campaign or jabbed him, whatever, and these guys take themselves very seriously. (McCain impression) “You’re not supposed to joke about distinguished members of the Senate. Just not supposed to happen! Understand?” And Trump did it. So, anyway, the Russian president Putin’s spokesman said in an interview on Sunday that the Russian ambassador, that fat Russian… You know this ambassador? This guy must be the biggest party animal in town. Apparently… 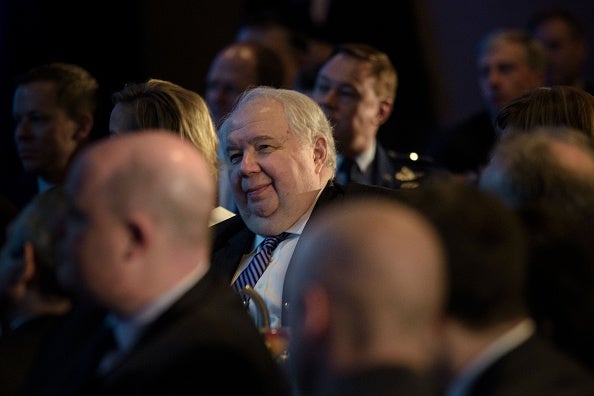 I’ve read up on this… This guy is, apparently, everywhere.

This guy, wherever there’s an open bar and wherever there is food, he’s there. It doesn’t matter if it’s a restaurant, if it’s an embassy. This guy is apparently one of the most prolific, profound salesman, ’cause everybody knows this guy. The announcement was made on CNN’s show, Fareed Zakaria Global Positioning Satellite. And, of course, Hillary’s denying it. “Oh, no, the Russian ambassador had nothing to do with my campaign.” The Russian ambassador is out there. This is the Kremlin now entering the story.

RUSH: I wanted to follow up on the McCain story. This from the website Business Insider. “Senator McCain predicted Sunday that the public would learn much more about the relationship between Trump’s campaign and the Russian government. McCain said, ‘There’s a lot of aspects. This whole relationship with Russia and Putin requires further scrutiny. So far, I don’t think the American people have gotten all the answers.’

“‘I think there’s a lot more shoes to drop from this centipede,'” [and Lindsey and I are gonna get ’em]! So here’s McCain. You want to talk about Ryan and Obamacare and this or that? Folks, I’m telling you here — and you know it as well as I do. You don’t need me to tell you that the Washington power structure, they don’t want Trump. They want nothing to do with Trump. They certainly don’t want Trump’s successes.

Particularly if those successes illustrate the lack of necessity for the establishment. If Trump’s successes illustrate the failures or the gambits or the stratagems of the establishment, they don’t want it. They don’t want any of this exposed. “There’s a lot more shoes to drop in this centipede,” McCain said, “and I think it’s a pretty safe prediction.” If you think about it, in fact, it’s almost as safe as predicting that John McCain and Lindsey Graham will oppose Trump on every issue as long as there’s a camera present.

“McCain also argued for scrutiny of longtime Trump political adviser Roger Stone who admitted to having contacts with the hackers who released private emails within the Democrat National Committee.” Look, there’s something else that’s being scrubbed out there. John Podesta’s email was not hacked, folks. The Russians did not hack John Podesta’s computer. Now, I want to be very specific about this, because the media is saying the opposite. The media is just — and they have been from the get-go.

They’ve said Podesta’s emails were the result of the Russians’ attempt to affect the outcome of the election. It’s just automatic now. It’s just by rote that that’s included — and sad to say, most people think that that’s true. The way Podesta’s emails ended up being made public was he made it possible. Yes, there was an attempt to get into Podesta’s computer, just like there is on yours probably 10 times a day. It may not be that much, but I guarantee you you’re gonna have at least five or more of these phishing, fake email presentations in your inbox every week.

Podesta made the amateurish mistake of clicking on the link.

It’s not as though you’re minding your own business and some worm gets into your computer and you don’t know about it and you haven’t done anything to make it happen. In a phishing attack, I get them all the time from fake American Express and fake Apple, and they all invariably say there’s a problem with my account and they want to get it fixed as quickly as possible, and to avoid having to reset your password, please click on this link and give us one piece of information. Doesn’t matter. Clicking on the link opens your computer to whoever sent you the email, and they are purposely made to look as real as they can.

They use logos from Amex or MasterCard or your local bank or Apple, Google, whatever, whoever you have credit card accounts with are likely to. And they’re very seductive. And if you do not know that these kinds of things exist, you could very easily get fooled into thinking you have to click on the link. Here’s what to do. Have a policy of always, always being suspicious any kind of an email you get from any credit card company or other company with whom you have an account that is asking for information. Be immediately suspicious.

And the first thing to do is look at the email address that the email was sent from. Now, some email programs do not do that. They just list the name. American Express. Apple, Incorporated. Well, if you click on that in your email program, it will expose the address, and you’ll see that the address is nothing anywhere close to the actual address say from Apple or American Express when you get legitimate emails from them. That’s the first thing to do.

Also check the account. Let’s say you have three email accounts and in one account you have your relationship with, say, Apple, but you use a joint inbox so that all your emails in all accounts show up in one inbox. And you got this phishing email and it’s from Apple, says: “You gotta click on this link, we’re running a security check, you may have been compromised,” whatever it is, check to see the account it was sent to. 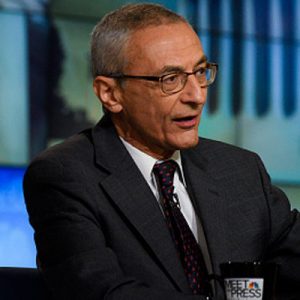 And if it was sent to an account that you’re not using, you know it’s phishing, 99 times out of a hundred it’s a phishing attack, and when you click on the link in the email you are effectively opening a back door to your computer to whoever sent it to you. That’s what happened to Podesta. Now, were the people running the phishing attack Russian? 99% of phishing attacks are not run by Russians or governments — well, that may be a little bit high. These are your ordinary average unemployed basement dwelling pajama-clad people just toying around with you and hoping enough people a week are stupid enough to click on the link.

If he hadn’t clicked on the link in an email we would never know what was in his emails, and nobody ever denied what was in those emails, not a single time ever did anybody ever deny it. It doesn’t matter, because they now say Podesta was hacked, it was vicious, and they blame what’s-his-face, Julian Assange, for publishing all the stuff.

It’s a mess. But because the Democrats were the victims, they’ve gotta make it look like the Republicans were in on it or the Russians or what have you. It’s just one of these things they’re not gonna stop until they think they’ve rehabilitated Hillary and destroyed Trump.