RUSH: Here’s Jim in Portland, Oregon, as we go back to the phones. Welcome, Jim. I’m glad you waited. How are you?

RUSH: Well, I appreciate that. Thank you much.

RUSH: I appreciate that. What’s up? 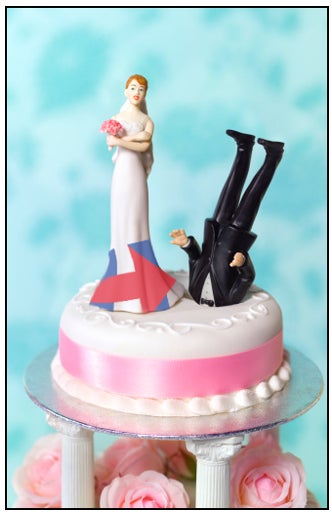 CALLER: I’ve got a couple observations. One of them is, I’m a Republican, my wife’s Democrat, and when I was talking to her, ’cause she’s sitting there whining that (impression) “Trump’s doing everything else…” I’m saying, “Well, you know, I felt the same way when Obama got elected, and you didn’t hear me cry.” Oh, World War III started. She started yelling and… Well, she didn’t yell. She stopped talking to me, and when she did talk it wasn’t nice to me for a while.

RUSH: I’m sorry to hear that.

CALLER: Well, that’s the way it is. You know, we’ve married 37 years; we know each other.

CALLER: But she loved Hillary, and I kept trying to tell her about Hillary, but —

RUSH: You’re dealing with a degree of irrationality there that you can’t resolve. It’s best to just let the venting happen, and if you have to, take the blame and then go on.

CALLER: That’s like we were… She was watching, I think, All The President’s Men with Dustin Hoffman and Robert Redford the other day.

CALLER: I said, “That’s what’s going on in Washington right now with Trump,” and she says, “No, it isn’t.” I said, “Well, you just keep watching. If it comes out, it will be.”

RUSH: It’s even worse than that. They had to make half of that movie up.

RUSH: What is the point?

CALLER: What was that?

RUSH: What is the point? What is it you wanted to say, other than that? I know you didn’t call here for advice on marriage.

CALLER: Oh, I was just saying, just an observation from my wife, how Democrats cry, whine and everything else where Republicans, we just kind of suck it up and let it go. You know, we just go from there.

RUSH: I thought you were gonna say something about global warming.

CALLER: Oh, I was! That was the other thing, sir.

RUSH: Yeah, I thought you had something else.

CALLER: The other one was.

CALLER: You know, China is building all these islands out in the Pacific for their military bases?

CALLER: If global warming was gonna come and raise everything 200 feet like they say, would China be doing all that money in research?

RUSH: No. No. And besides, the ChiComs are the biggest polluters of CO2 in the world right now!

CALLER: Oh, yes. By all means they are.

RUSH: Does your wife believe in climate change that we’re slowly losing the planet?

CALLER: Ohhhhh, yeah. (laughing) Yeah, she does. I don’t.

RUSH: That one is… That’s the toughest I’ve found. That’s pure, pure emotion, and they’ve been lied to. I guarantee you your wife thinks that every scientist in the world agrees. “There is a consensus of scientists.” That’s the trick that they have played. You know, if you talk to people… You realize this month has been unseasonably warm in Washington and New York, and I was talking to some people. They said, “If this is global warming, bring me more of it.” (laughing) They’ve absolutely enjoyed this past month, and so… I don’t know. It’s bogus. It’s a typical… It’s a classic liberal technique here to con people into supporting massive tax increases and Big Government and everything. It’s a shame that she does. I wish you luck in changing her mind.