Every Economic Indicator Is Up Under Trump

RUSH: Take a look at the economic news. Do you realize, ladies and gentlemen, there is no metric — there’s not a single economic metric — that is not better since Trump was inaugurated? Every economic metric you want to examine is showing dramatic improvement. “The U.S. economy added 235,000 new net jobs in February, beating expectations which were for 190,000. The unemployment rate went down to 4.7 from 4.8%.

“The labor force participation rate edged up slightly, 63…” So there are more people working now. That 94-million-Americans-not-working number? That is starting to come down as well. The Drive-Bys are not happy. Grab audio sound bite number four. We put together an audio sound bite here, a little montage of various Drive-Bys trying to talk down these jobs numbers, trying to talk down the general uptick in economic activity, so as to besmirch and impugn Trump.

JOHN HEILEMANN: It’s not that different from jobs reports we’ve seen from the Obama administration.

JEFFREY MIRON: Basically a continuation of what we’ve been seeing for a while.

JEFF ROSENBERG: It wasn’t the big blowout report that people were hoping for.

CHRIS CUOMO: There was an estimate out there that’s higher than the actual. (crosstalk) Do you disagree?

CHRISTINE ROMANS: I was, too!

NEERA TANDEN: I am not (snickering) attributing this to the new administration.

RUSH: Of course not. That was somebody named Neera Tanden. So, “Basically a continuation of what we’ve been seeing for a while.” No, it’s not. There’s none of this that’s a continuation of what we saw during the Obama administration. I went through the specifics yesterday. All the new jobs in manufacturing? These are not new part-time jobs in order to accommodate what they’ve is happening in Obamacare. The stock market continues to go through the roof, and something out there called the U.S. Consumer Comfort Index just reached its highest level in a decade. So every metric you want to look at is up in just the first full month of the Trump administration.

RUSH: On the good Trump economic news, I just want to share with you how the Drive-Bys are trying to cast it as negative. The AP is not happy, not happy with the robust Trump job numbers. Headline: “U.S. Adds Robust 235,000 Jobs, Making Fed Reserve Rate Hike All But Sure.” Oh, yeah, they have to pour some bad news on top of the good news making it all but certain the Federal Reserve will raise short-term interest rates next week. Just had to find a way to turn great news into bad news.

How many times did they ever say that jobs increases under Obama, which they exaggerated and ballyhooed, would ever lead to anything bad like the Fed raising rates? 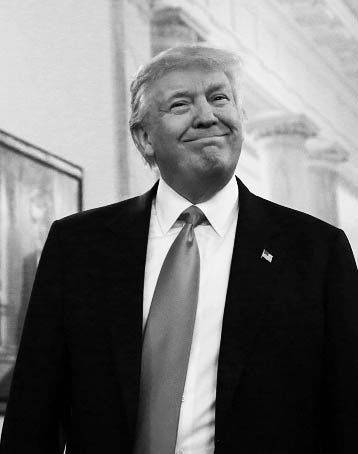 Now, this Bloomberg U.S. consumer comfort thing, I don’t know that I’ve ever heard of this. And that’s shocking. There’s not much that I haven’t heard of. You know, I know the conference’s board consumer confidence survey. “Americans’ confidence continued to mount last week as the Bloomberg Consumer Comfort Index reached the highest point in a decade on more-upbeat assessments about the economy and buying climate, figures showed Thursday.”

Maybe this is Bloomberg’s version of consumer confidence and they’re just calling it consumer comfort. Maybe they’re actually stealing from the conference board the idea and calling it consumer comfort. “The Consumer Comfort Index rose to 50.6,” which doesn’t mean anything to us. We don’t know what it was before that. We don’t know what it means. We’ll just take their word for it that it’s at an all-time high. And we’ll tack it on to the Trumpster because I’m telling you, every financial metric is up.

Now, I went back to the archives because here we have genuinely good economic news, genuinely good jobs numbers that are not part-time jobs. The majority of jobs created during Obama were part-time as people were transferred from full-time to part-time or hired part-time to fit in with the Obamacare requirements. And actually more and more people left the job market, more and more people in the labor force participation rate, that number kept expanding.

The Atlantic: “Donald Trump’s Economic Plans Would Destroy the U.S. Economy — Make America have a recession again.” That was May the 8th of 2016.