RUSH: I have a piece today that I found in the New Yorker. When I started reading this I said, “This is very clever. This guy’s very clever.” I kept reading it and kept reading it, and I said, “Wait a minute. Does this guy actually maybe believe this?” Because he’s gone and got a bunch of sources and experts in clinical psychology and computer science and he’s making the case. And you know what it is? That things are so weird, there’s an actual line in this piece. I can’t utter the word, but it’s what Trump said in the NBC Access Hollywood video when he told Billy Bush what he actually grabbed. He said: You just don’t say that and get elected president of the United States. It just doesn’t happen. 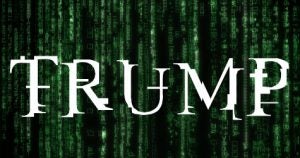 And he cites a couple other things, Hillary was supposed to win, everybody knew it, Patriots were supposed to lose in the second half, everybody knew it, and then the Oscar flap, this doesn’t happen. These kinds of things just don’t happen. So this guy’s theory is that we are in The Matrix. We are simply in a computer simulation being run by aliens (laughing) and that they’re getting bored and that they are programming us to do all kinds of inexplicable, weird things just to watch us react to the things that they make happen.

So I’m reading this thing, and his name is Adam Gopnik. I guarantee you that if I reported this to you as though he was dead serious the next thing he would do if he heard about it would be to react, “I was just joking, what do these people, don’t they see a joke?” And if I laugh about it and treat it as a joke, he might respond: “No, no, no, I meant it.” But we’ll link to this at RushLimbaugh.com, and you read it and see what you think. I’m telling you, folks, these people are so whacked out still. They still can’t believe what happened to ’em.