RUSH: Rich in Caledonia, Wisconsin. Great to have you with us, sir. Hello.

CALLER: Well, I thank you, Rush. It’s an honor and a privilege. I’ve been trying to get through for eight years.

CALLER: (chuckling) Thank you. Older and wiser, I listen to you daily. I’m calling because I find it kind of worrisome that Mika Brzezinski is trying to change the subject this morning. I watch it just to get an idea what the other side’s talking about before I listen to you, with her talking about how in 1982 Donald Trump was his own press agent.

CALLER: And it’s just… It’s disconcerting that we have nobody coming forward other than you to defend the president, basically.

RUSH: (sigh) I think there’s more than me, isn’t there?

CALLER: Well, not really. Not outspoken. I mean, as far as the media goes, we don’t. I mean, Tucker Carlson… I think Tucker should be voted as the next press secretary for Donald. I love watching Tucker Tonight.

RUSH: Oh, you like Tucker, do you? That’d be a pay cut. That would be another pay cut situation. 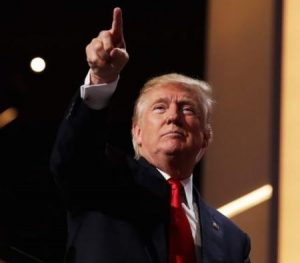 CALLER: Oh, yeah, about the 1982. Yeah, during his divorce and stuff and the media. It was the media even then, back then.

RUSH: Well, but wait. He had a fake name. He called the press as his own press agent. He would say, “Hi. You know, I’m John McClure of the Trump organization,” but instead it was Trump calling.

RUSH: Yeah, whatever. So they’re going about… They’re using this kind of stuff to say, “See? You can’t trust Trump! Trump’s phony baloney, plastic banana, good…” We’re dealing here with critics like that. Again, they come from, “There’s only one way Washington works, and since Trump doesn’t fit, we can destroy him.” And if I were you, if you’re gonna watch this stuff, just don’t take it seriously. I would advise against watching it. I’m telling you, folks, seriously.

Do you want to live a better life? Do you really want to have a normal, optimistic outlook on life every day? Don’t watch that stuff! Don’t watch CNN. Don’t read the New York Times. If you look at Drudge and if you see headlines that portend the end of the world tomorrow, don’t click on it. Just avoid the crap that pollutes the daily so-called news that comes from left-wing news organizations. You will be amazed. And it doesn’t take long, either. Just two days. You go on a Drive-By Media fast, two days of it, and your outlook on life will be dramatically improved.

It’s just lame, some of the analysis that you get to explain things out there. And there is more speculating — you know, everybody thinks they’re a political tactician. So you’ll take, like, this Obamacare-versus-tax story. You won’t believe the number of blogs that you will read with the possibilities of what this means. And it’ll all be wild guesses rooted in esteemed political analysis. And none of it is gonna be based on anything factual beyond what is known. And it’s all to get clicks, and it’s all to get eyeballs and this kind of thing.