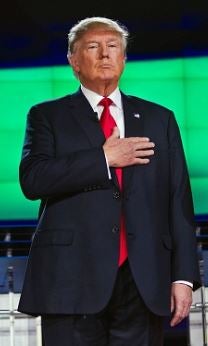 RUSH:  You know, on this business of “protections” becoming a new word for “regulations,” if the left wants to do that — and they’re gonna do it — here’s the right way to characterize it.

Just take their own terminology and throw it back at ’em.

RUSH: Joni in Hanna, Indiana. Welcome to the EIB Network. Great to have you here. How are you?

CALLER: Hi, Rush. First-time caller. Glad to be on.

RUSH: What is “an intersex individual”?

CALLER: I was born of both. It used to be called hermaphrodite.

CALLER: Yeah. My birth certificate has no gender on it.

CALLER: Okay, yeah. I guess the first thing I need to say is the Democratic Party has always been segregated and always will be. They’re just doing it a little bit differently now than they did, you know, before the Civil Rights Movement. In 1957, I believe, under Eisenhower, the Democrats blocked the first Civil Rights Amendment. In the sixties, once they figured they were on the losing end, they co-opted it — Johnson, you know, got it pushed through — and then they put a land mine in it calls affirmative action. Am I correct?

RUSH: He called it Great Society and then the War on Poverty, and they needed… The Civil Rights Act of 1964 required a greater percentage of Republican senators voting for it to pass than Democrats. But you’re right. Democrats were the segregationists back then. 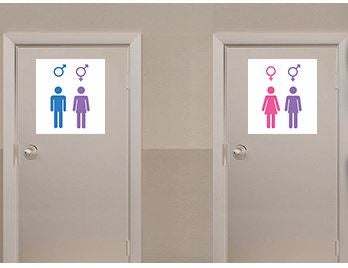 RUSH: ’57 through ’64, there’s no question they were the governors standing in the doors, not letting African-Americans in the universities.

CALLER: Okay. Well, that’s what they’re trying to do now with transgender issue, because that’s all they know how to do: Divide and conquer. You know, they made a big stretch by trying to use Title IX, and the only thing that was going to do is instill fear on both sides, ’cause that’s what they live and breathe: Fear.

RUSH: Since you bring this up, let me tell everyone. Here’s what actually happened. In May of 2016, the Department of Justice and the Department of Education together issued a letter. That’s all it was, was a letter —

RUSH: — and it expanded the scope of Title IX, and it required that federally funded schools — which is virtually every school (chuckles) from kindergarten through college — treat a student’s chosen gender identity as their sex. It was just a letter.

RUSH: But it carried with it a force of mandate because they put it into Title IX which meant it had ramifications way beyond bathrooms.

CALLER: Right, and that was a stretch that they put it under Title IX. You know, we could argue whether or not transgenderism is choice or not. And to be honest, I’m afraid that the left is turning it into a fad, and they’re gonna end up with the same results that Dr. [John] Money had the other way. You know, his theory of nurture over nature, which caused a lot of people to end up as adults committing suicide. That is a major concern of mine.

CALLER: I mean, horrific damage has been done. You know, over the years they’ve tried everything to deal with gender dysphoria. You know, tell a child, “No, no, no, no,” and the child still grows up, you know —

RUSH: The real question is: Why? The real question is: Why do Democrats care about this? I mean, you put it… What is the political win-win here? What’s the political benefit of coming in and using Title IX to open up bathrooms to anybody and everybody who claims to have a conflicted gender identity? Why in the world…? We’re not talking about enough people here to sway any election. Not a local election, not a state election, not a national election. So what’s going on? What is this?

The truth is that it goes way beyond bathrooms, folks.

The whole point… They put it on Title IX, because it then had ramifications on such things as free speech. If you start condemning this, they can get you for that. And then they were altering science! All of a sudden they declared — just with a letter — that transgenderism was a scientific confirmation of something, which makes it harder and harder to oppose politically. And then they used it to go into religious liberty and expanding the size of government. These are the people who always say, “Keep the government out of our bathrooms,” and now the same people put the government in the public bathrooms!

It was about amassing power.

RUSH: Something needs to be said on the Trump administration rescinding this bathroom silliness. It would not have happened without Jeff Sessions. You know who fought it? Betsy DeVos, who’s the new education secretary, ’cause, remember, this was done combination of the Department of Justice and the Department of Education. They jointly signed the letter that went out to everybody that mandated that bathrooms become open to any transgender that wants to use whichever bathroom they want.

Okay? So Betsy DeVos, the new secretary of education, fought this, and she told Trump that she was not comfortable doing this. She was nervous here. Jeff Sessions made it happen. Jeff Sessions. I don’t know if he overrode her or if he persuaded her. But when it came to Trump, Trump listened to Jeff Sessions on this, and that’s why this happened. And Jeff Sessions, as the attorney general, is huge. Ongoing he’s going to be huge. Just one example of Trump’s fantastic cabinet.