How Can You Compare America to East Germany?

And one resident, Hatice Iaconangelo was the guest or was one of the attendees. And so the question was asked, “So what do you think about what you’re hearing here tonight with Trump’s immigration plans and the overall thrust of the policy, what are you thinking out there, Hatice?” 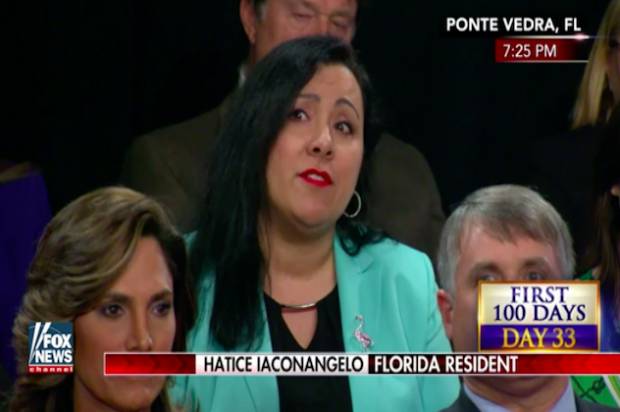 IACONANGELO: I’m horrified. I’m horrified. This is not the country I immigrated to. Sure, when I first immigrated 26 years ago from Germany, I am a native Berliner, I grew up with the wall. I know what the wall does to families. I witnessed people getting shot crossing over the wall. And I see us as a nation going towards that again. It’s horrifying.

RUSH: All right, now, what the hell is going on? This is why I think these people are plants. You want to compare the wall in the United States to the Berlin Wall? Do you know what the purpose of the Berlin Wall was? It was to keep people in because everybody wanted out. It was full-fledged communism. It was poverty stricken. It was totalitarianism. There was no freedom. The government was spying on everybody, listening in on everybody.

There wasn’t any future. Everybody wanted out. And there were people shot trying to go over the wall. There were people shot trying to go through the wall. And here comes somebody at a Fox News town hall trying to compare what she thinks Trump’s wall is gonna be to that (imitating woman), “I’ve been there, I’ve seen it, I don’t want any part of it.” Now, thankfully there was somebody in the audience who understood how ridiculous this was, a guy named Bill Korach. 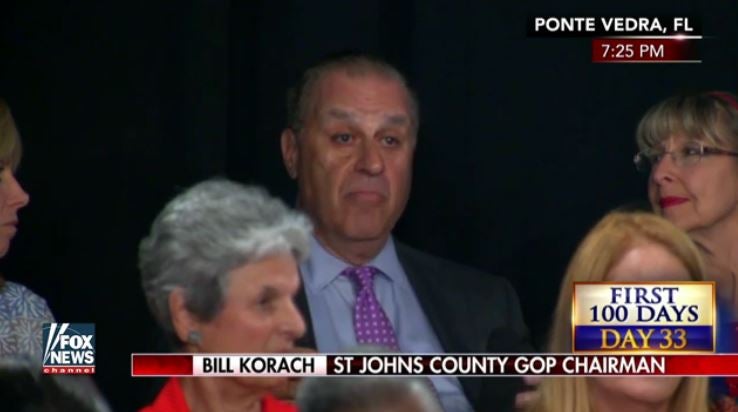 RUSH: Damn straight. Exactly right. Where did they find this woman? (imitating woman) “I was a Berliner, I’ve been here 26 years, and I lived with the Berlin Wall.” Folks, let me just tell you something, the people that lived in East Berlin, it was hell. It was abject hell, unless you were on the East Berlin Olympic team, and then they gave you sex change drugs and let you eat whatever you wanted to eat ’cause they had to put you on display as representing communism. If you weren’t on the Olympic team it was hell on earth, and nobody living there could any way compare the Berlin Wall to a wall here to protect the borders. This is just too suspicious to me.

Now, I will allow that in every individual there is a certain level of ignorance that we have to consider. But I don’t know how — I’ve met people, families, descendants of people that lived under communism, they’ve called this program over the years, and not a single one of them would ever even come close to comparing the Berlin Wall to keep people in to a nation trying to protect its borders.

This is why I think stuff like this — I’m not accusing anybody of anything. Don’t misunderstand. This is not CNN stacking the deck on everything. This is just too odd. I’m just glad this Bill Kovach guy was there, ’cause this guy was applauded big time. You heard it on the audio sound bite. I didn’t see the program; I’ve just got the sound bites here. But I’m telling you the other babe did not get applauded. Or if she did, we eliminated it so you wouldn’t be offended.

RUSH: Hey, look, folks, I don’t want to be a nitpicker out there, you know me, I hate nitpickers, but there’s something about this Hatice Iaconangelo who said that she’s lived with the Berlin Wall, she saw people get killed and fears the same thing is happening our country. Now, she said that she first immigrated 26 years ago from Germany. The Berlin Wall came down 27 and a half years ago. So the Berlin Wall came down a year and a half before she left, is what we are to believe here. I mean, it may add up, I don’t know. But she said she first immigrated. She doesn’t say she escaped.

See, if she’d said she escaped, that would have meant she herself got over the wall, but the wall was torn down a year and a half before she said she immigrated. So she could have lived there. I don’t know how old she is. Now, I didn’t see this. I don’t know if she’s a student now. I have no idea how old she is, and I know it would be unfair to judge based on her appearance. I wasn’t gonna do that, either. Very, very bad to do that, right? But she’s obviously old enough to have seen the wall if she immigrated 26 years ago, but it came down a year and a half before she left. I still don’t get how you can — we’ve got nothing like the Berlin Wall. Everybody wants in here. Everybody wanted out there, including her, eventually.

RUSH: Okay. This woman says she’s a student at the University of North Florida and that she escaped East Germany, but the wall came down a year and a half before she left. There was nothing to escape. Unless maybe there was. I don’t know. It just doesn’t seem to make sense.