Cillizza Likes My Advice for Trump

RUSH: Chris Cillizza in the Washington Post was listening yesterday. Here’s the headline of his piece that I think just cleared. I don’t know if this made the newspaper or if it’s on their website. “Rush Limbaugh is Exactly Right About How Donald Trump Can Fix His Problems.” Do you remember what I said yesterday about this? (interruption) That’s exactly right. Well, I didn’t know if you heard it ’cause you’re in there screening calls in the first hour and you’re not able to listen. They quote me and they quote me accurately. 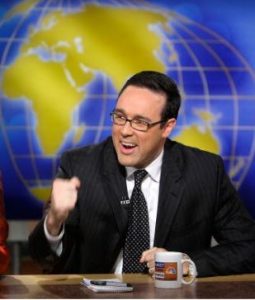 “Rush Limbaugh, the conservative talk radio host, has a solution — and a very good one — to Trump’s current malaise. Here’s an excerpt of Limbaugh’s advice from his show on Wednesday: ‘I’m gonna tell you what I think is the best thing Donald Trump could do. Just focus on repealing Obamacare, and then focus on tax reform, and then just move full speed ahead on the domestic agenda. Make tracks. Do it obviously.

“Bring in people, have meetings, bring the Republicans up, the Democrats up, as the president in a room telling them: This is why we were all elected, it’s why you lost, this is what we’re gonna do. Work together to move these tax cuts forward, reform the tax code, repeal Obamacare. None of this, ‘Oh, man, I don’t know, two years.’ Just do it! If Trump would engage at full speed on his domestic agenda, which is why he was elected, then his people will stay with him no matter what this Obama shadow government tries.”

Cillizza writes, “That is very, very smart.” That had to pain them. I mean, this whole story had to pain them, because they had to admit, if Trump did that, he could once again leave them in the dust.

You know, I’m not going to have a weekend off ’cause I gotta get up early to be on Fox News Sunday, so that means I have to be here way, way earlier than I would normally be anywhere on Sunday. On Sunday I don’t play golf ’til noon. Saturday I play early, but Sunday I just sleep ’til I wake up, whenever that is. Usually not much later, body clock being what it is.

So I don’t know. But if I do, you’ll need a guest host, right, or a best-of. Can you imagine the best-ofs we have to choose from? Ho-ho-ho-ho. Might not even need a guest host. But I’ll let you know. I’ll let you know. What’s the latest you would need to know in order to go out and secure a guest host? Are there any guest hosts left? Because every one of them ends up getting their own national show. (interruption) Who? Today would be the last day, so I’ve gotta decide by today.