RUSH: Where is this Bill Kristol story? You know what? I’m gonna find it, take a break. I don’t know what to make of this Kristol story. I had it here prominently. He retired from the Weekly Standard and he went and made — was it Brookings, AEI? I’ll find it during the break. I’m not so sure he meant this, but there are others — well, he might have been facetious. I’m not sure.

But what he basically said was that he agrees with John Adams, that after two or three generations of successful capitalism in our society, what you end up with is so much prosperity that people get lazy and they sit around and they don’t work anymore, and they’ve learned to pay themselves benefits and that you need immigration.

RUSH: Apparently, Bill Kristol is still the editor at the Weekly Standard. I thought he retired from something. I thought I read something not long ago he retired, maybe regular writing, or maybe I read it about somebody else. Anyway, he was at the American Enterprise Institute on Tuesday in a seminar with Charles Murray.

Charles Murray has a new book called — well, not a new book. It’s a book called Coming Apart, and it focuses on the cultural separation between the wealthiest and most educated white Americans and the poorest and least educated white Americans. It’s about the white majority but the divisions within the white majority based on economic lines, if you will. And Kristol was at the seminar where Charles Murray said, “Look, to be totally honest if things are so bad as you say with the white working class, don’t you want to get new Americans in?” Which, of course, is a provocative question. He says to Murray, “Well, look, if things are that bad with the white working class, if they’re that poor and if they are that, shall we say, estranged, wouldn’t you want to get some new Americans in?”

And before delving into the theory about replacing the white working class, Kristol said that he hopes quote, “This thing isn’t being videotaped or ever shown anywhere or whatever tiny pathetic future I have is going to totally collapse.” He’s being funny, facetious there.

He said, “You can make a case that America has been great because every — I think John Adams said this — basically if you are in free society, a capitalist society, after two or three generations of hard work everyone becomes kind of decadent, lazy, spoiled — whatever. Then, luckily, you have these waves of people coming in from Italy, Ireland, Russia, and now Mexico, who really want to work hard and really want to succeed and really want their kids to live better lives than them and aren’t sort of clipping coupons or hoping that they can hang on and meanwhile grew up as spoiled kids and so forth. In that respect, I don’t know how this moment is that different from the early 20th century.”

Well, the debate is on over whether Bill Kristol is serious here, whether he was being facetious, whether he was being sarcastic to be funny to make a point. Bill Kristol, if you put yourself in his shoes, he’s not winning much. Hated Trump; Trump wins. Trump’s not conservative as these people think they are conservative. Trump wins. Bill might be part of that group that sees everything they spent their life working for going down the tubes here. So being bitter, suspicious, comical, might fit in that circumstance. I don’t want to characterize it because I don’t know.

When I saw the story, I’ve never heard Kristol say anything like this. I know people that do think this way. I know Republican elites who think this way, but I’ve never heard Bill Kristol say anything like this. So basically he says that in the late 1800s, early 1900s Americans had got fat, dumb, and happy because we had had a post-Civil War boom and so forth. We had no income tax and so the robber barons and their families were getting wealthy and wealthier and wealthier, clipping coupons and not working, and then future generations not working and we needed people to come in and replace and start doing work. And, hence, we had massive immigration from Ireland, from Italy.

And we shut it down in 1921 so that all those people could assimilate. But that’s the difference. I mean, if you really want to compare immigration from Europe, Southern Europe and Western Europe, in the late 1800s to the early 1900s to today, there’s a stark difference. And that is that many, not all, but many of the immigrants, the illegal immigrants are not making any effort to assimilate and become, quote, unquote, Americans, when all of them did in that era.

RUSH: This is Melissa in Peoria, Illinois. Welcome to the EIB Network. Hi.

CALLER: Hi. Thank you for taking my call.

CALLER: A thought that I’ve had in the past kind of came up again yesterday when you made the comment about the Harvard study and about the Millennials living at home and unemployed. It kind of ties into what you’re saying today when you were talking about Americans being lazy and —

CALLER: Right. Okay. You are correct on that. And talking about immigrants replacing American workers. What I’m worried about is when Trump creates all these jobs for us, and I’m confident that he will, Millennials not wanting to work.

CALLER: It was like 96% I think of Millennials living at home or unemployed.

RUSH: I’ll have to find this during the break. You know, it’s my fault. I should have noticed your call up there long ago and found it and been prepped for you, but I didn’t get a chance to look.

CALLER: Well, I just love how it ties in with what you were just saying about immigrants, because we have immigrants that want to work, and they’re willing to work for wages that I’m worried that the American people don’t want to.

RUSH: Yeah, but for me to address this, I’ve got — that number 96% is not what I remember. I remember vaguely the Harvard study on Millennials, but I don’t remember the specifics of it. 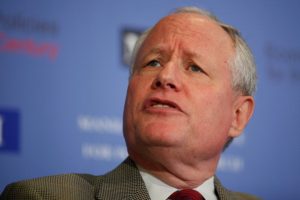 RUSH: And I need to have that in front of me so I have those actual facts and numbers before I can make the connection that you’re making here.

CALLER: I guess it’s not so much necessarily the statistics. It’s just more this attitude of entitlement and maybe not wanting to work even when these jobs are created.

RUSH: Now, many of the protesters in America are working. They are paid, by donations from people like George Soros. This is an important point to understand. They’re not just rising up in organic indignant rage and anger. They’re being paid and organized, a surprisingly large a number of them. Anyway, I get your point.

Every nation has total authority on who gets in, and if you look around Europe, they’re way ahead of us on this. You have much more support for Trump policy as expressed by polls over there than you would believe, because they’re living the disaster.

RUSH: It’s 92% of left-wing activists in Berlin live with their parents, and one-third of them are unemployed, and I speculated that it’s probably close to that here. We have more. Don’t go away.