RUSH: I think, folks, one addendum to this. I think something is subtly changing in the Trump administration.

My take is that the president himself and others in his administration are surprised to an extent by the constant, never-ending violence and… It’s not even protesting. It’s rioting. And I really believe… Help me rephrase it. I think that Trump really believed that, after he won, that there would be a quieting or a lessening of this rioting and protesting. I really do. I think that he expected not complete, total unity, but I think he expected that people would acknowledge that he won and be realistic about that, and I don’t know if you’d say give him a chance to lay down arms or whatever. 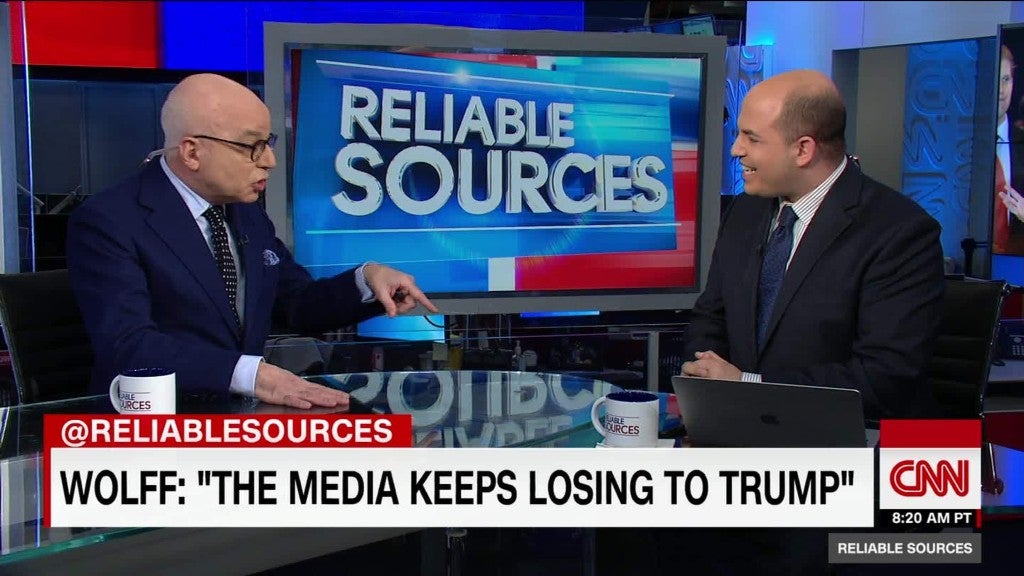 There’s a Newsweek story by Michael Wolff, a media columnist. He thinks the media is blowing this sky-high. He thinks it’s obvious the media is out to get — and he’s a liberal. He’s a left-wing Drive-Byer. He’s very much alarmed by what he’s seeing. He’s even called out by name Brian Stelter at CNN, told him to his face, “You guys are over the top here. You’re hurting journalism. You’ve cast aside any aspect of journalism, and it’s clear that your purpose is to take Trump out. Your purpose is to destroy his presidency.

“And, if you guys continue to do this, you’re gonna only destroy yourselves.” And Douglas Schoen has a piece in the Wall Street Journal saying that this resistance is only going to worsen things for the Democrats. Then there’s another piece. I think this is… I don’t know. John Fund? Yeah, I think it’s Fund at National Review, and his point is — and you’ll love this, Snerdley, as an inside-the-Beltway aficionado. Fund says that, as the left keeps this up, they’re gonna further estrange themselves from the nation’s moderate voters, that moderate voters don’t like this.

Here it’s being turned around and now we’re… It used to be that moderates and independents, they didn’t like it when the Republicans criticized Obama. But now John Fund says if these guys keep it up that they’re just gonna marginalize themselves even further and make it more and more difficult for Democrats to win elections, because the Democrats have lost elections and lost seats and continue to, and still what do they stand for?

What was Hillary Clinton’s campaign message? What was it: “Trump is unfit, Trump is unsuited, and it’s mine. I’m owed this.” There was nothing. The whole modus operandi was the left thinking Hillary was owed. It was her turn; Trump’s horrible. Other than that, there was no message. There was no… Except for Obama. Obama supplied the message, actually. Obama was out there saying, “You have to vote for her to continue to get all the greatness you got from me.” And the people said, “What? Greatness? No thanks.”

And it became reason to vote against her. And this intensity, by the way, of the protests, I’m gonna tell you again: It’s bought and paid for. They have established links, by the way, to George Soros and the Berkeley group. And yet, who is it? Robert B. Reichhhh and others are now continuing to say that it was Breitbart that bought the protesters at Berkeley, bought the rioters and gave them instructions and so forth. Either way, it is starting to dawn on Democrats that if it keeps up like this, it is not going to help them, because it’s not changing the minds of Trump voters.

And that’s the only way it would work, is if they were to change the minds of Trump voters, because what anybody even now is looking at is 2018. The Democrats have 25 seats to defend, and 10 of them — if things don’t change from where they are now — are already lost, unless these 10 Democrat senators basically sign on with the Trump agenda. These are states that Trump won often in double digits, and if Trump is able to maintain positive approval numbers from a majority of Americans, and if his base holds — if “the resistance,” as they call themselves are not able to soften Trump’s support — they’re in deep doo-doo.

You know, Trump… As I said last week on a couple occasions, that’s really the only support Trump has is those of you who voted for him, as opposed to other presidents. Let’s look at Obama. Obama had Hollywood behind him helping him, supporting him. Saturday Night Live and other media. Pop culture. He had the media behind. Trump doesn’t have any of that. Trump does not have it. Other than various areas of talk radio (me), he doesn’t have the media. He doesn’t have anybody in pop culture. He’s got nobody.

But on the other side of this, you’re starting to see all of these professional political analysts on the left now starting to get it, and it’s a whisper campaign right now — they’re not full-throated — about the dangers involved in this never-ending resistance. I’ll tell you something else about this. These prosecutions… There have been charges brought against many of these mobsters and rioters. Now, remember, the Republicans control most of the states, which means they control the legal process in most of the states.