RUSH: What the heck is this? I’m watching fake news — this is CNN — Trump moments ago the White House grounds meeting with executives from Harley-Davidson, the motorcycle people. Now, how many of you had heard that Harley-Davidson had pulled out of a meeting with Trump because they were afraid of backlash from customers and protesters and anarchists and whatever? I distinctly remember. I remember when I read it I got kind of mad at Harley-Davidson. Turns out it was fake news! Now, maybe Trump was gonna visit their plant. Maybe that’s what it was. 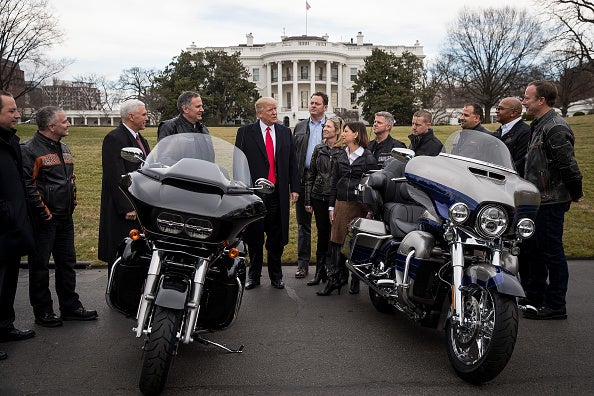 But the thrust of the story, fake news again, Harley-Davidson wanted nothing to do with Trump, and they were afraid that if the meeting was held that people would protest, and Harley-Davidson didn’t want any part of that. Not true. They were happy to travel to Washington for the meeting, and there’s videotape of it. If they’re afraid of protests, I mean, they’re gonna happen regardless.