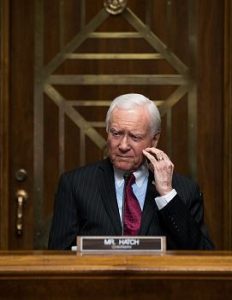 RUSH: This morning Orrin Hatch did something that we haven’t seen Republicans have the courage to do in I don’t know how long. The Republicans are getting fed up with Democrat delays on the nominations of Tom Price, Health and Human Services, and Mnuchin as the Treasury secretary. So the way they were doing this was by not showing up at the hearings.

The rules are such that if Democrats aren’t there, the hearings can’t go on. There have to be a certain number there, and they were saying they weren’t showing up because these people were lying to them; the nominees were not telling them the truth. They were not gonna waste their time showing up and listen to these people continue to tell ’em lies. So Orrin Hatch invoked a rule saying, “Okay, you don’t want to show up? We’re gonna have the vote anyway. Screw you.” And they did!

The Republicans voted and confirmed Tom Price and Mnuchin with not a single Democrat present in the committee, and it’s done. It’s just that simple. And all the Democrats can do is scream like stuck pigs, and all the media can do is run around and talk about how unfair, anti-democratic the Republicans were and Orrin Hatch is. These people were going to be confirmed anyway. The Democrats are just bollixing things up because they want to make it hard for the Trump administration to function.

So the Republicans said, “Enough is enough,” went ahead, and had the vote. The committee vote on Jeff Sessions took place right before the program started today. Tom… What’s his name? Al Franken made an absolute fool of himself when it was his turn to speak. He got into minutia of previous testimony in the hearings. Grassley tried to shut it down and then figured out politically it would make more sense to let Franken drone on. So he let Franken drone on about things that anybody was watching wouldn’t have the slightest idea about. 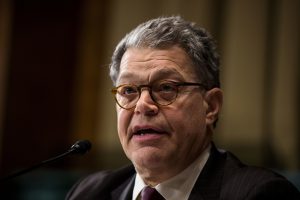 He just looked like a maniac (a measured maniac, but nevertheless a maniac), spoilsport, everything else. So after Franken finishes — he was reading, which is boring to listen to anyway, from his own typed manuscript — Grassley called for a vote. The vote took all of two minutes, and the committee confirmed Sessions with a recommendation. That means the full Senate will vote on Sessions hopefully this afternoon and maybe tomorrow. So action took place up on Capitol Hill on three different nominations before the program started.

RUSH: We’re gonna start in Detroit with Gina.  Gina, how you doing?

CALLER:  I’m great.  Good afternoon, Mr. Limbaugh.  Listen, my question is: Do you feel that the Democrats are making their jobs any less valuable by not showing up to work and that the Republicans are still getting the job done?

RUSH:  You are obviously referring to the Orrin Hatch committee where he went ahead and authorized the vote —

RUSH:  — for both Tom Price and Mnuchin precisely because the Democrats refused to show up, and so he said (paraphrased), “To hell with it. If you’re not gonna show up, we’re gonna do the vote anyway. We don’t need you here. We’re gonna do it. We’re not gonna fall for your delaying tactics any longer.”

CALLER:  Exactly.  I feel if we didn’t show up for work, what would happen?  We would be fired.  So let’s drain the swamp even further and get rid of ’em all.

RUSH:  (laughing) Wish it was that easy!  (laughing)  “Hey, you didn’t show up for the hearing. You’re gone!”  I would love that.  But you’re asking me if I think that by not showing up, that they are going to harm themselves or damage themselves?

CALLER:  You don’t think that their constituents are gonna think next time around, “You’re not even showing up to work”?

RUSH:  No!  Their constituents are gonna applaud them for trying to stop them.  That’s what they were trying to do by not showing up.  They were continuing to delay the hearings.  They were claiming that it was a waste of time to listen to these nominees; they’re lying to us!  And so they had submitted additional questionnaires for the nominees to fill out. They were waiting on those to be delivered.

No, no, no.  Democrats are not gonna suffer for this kind of thing.  This is, Gina, precisely why I say the objective is gonna have to be to continue to beat them — and politically beat them — because we can’t rely on the fact that they’re… Well, you know, we do have the election last year.  That’s still the wild card about public opinion and how it has shifted, and they didn’t do themselves any favors; let’s just put it that way.