RUSH: Saturday afternoon we got Seahags and the Atlanta Falcons. (interruption) Seahawks. The Seattle Seahawks, the Richard Shermans. “Sherman returns to Atlanta.” Will he march through? I guess that’s the early game, four o’clock in the afternoon on Saturday, then at night we’ve got the Houston Texans in New England at the Patriots. (interruption) 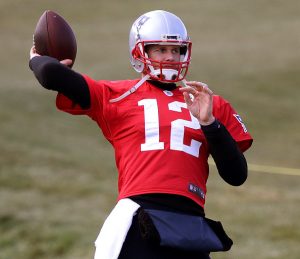 Is Brady playing? What do you think, “Is Brady playing?” Have you seen him on the injury report? (interruption) Why would he not be? (chuckles) I don’t think he has to, frankly. I mean, they beat the Texans with their third-string quarterback earlier in the season, a guy by name Jacoby Brissett. Do you remember that? (interruption) You probably don’t, you’re so devoted to the Cowboys. Yeah, Brady was serving a suspension for underinflated footballs, and the Real Gas Law. Violations of the rules of the Real Gas Law and the underinflated football.

Brady was on the bench, so they played the third string guy ’cause Garoppolo, second string, been hurt, and they beat the Texans by 27 points or some such thing. So Brady will be playing, and it’s Brock Osweiler who… (sigh) There I go again. Osweiler. Brock Osweiler, quarterbacking the Houston Texans. On Sunday — in what may be an ice storm — the Pittsburgh Steelers and the Chiefs are at one o’clock. [Update: Start time has been delayed to 8:20PM due to weather] Kansas City is under an ice storm warning from now until midnight Sunday. There are 90% and 100% chances of rain.

It all depends on the temperature where the rain falls.

But they’re predicting freezing rain, as much as an inch or three-quarters of an inch in certain places. High temperatures might reach 36. In some cases that’d be enough to melt some of the ice. It’s not a watch. It’s a warning. Now, the Steelers, I’ve been thinking about this. I’m a logistics guy. Are the Steelers gonna make any out-of-the-ordinary plans to get there? I mean, you gotta get there. The visiting team has to show up. You know, the old rule — it’s not the case anymore — in the case of the championship games, the two games before are the Super Bowl, the visiting team had to be in town 48 hours before the game just to make sure they were there ’cause it’s wintertime.

They’ve relaxed that now so teams can travel the day before.

The Steelers, generally they have a departure time on Saturday. No matter where they’re going, they leave at one o’clock. If they go to the Left Coast, staying the same… The Steelers, this is the first game this season the Pittsburgh Steelers have played out of the Eastern Time Zone. Not that it matters. It’s just an interesting statistic. The game has a local noon start time, one o’clock in the east, and the Steelers beat the Chiefs previously this season 44-to-something on a Sunday night in Pittsburgh, but you have to throw that out, especially if the weather is inclement. It’s gonna be raining weather; ice pellets, that’s another thing.

And then the 4:30 game, 4:40 game on Sunday is the Packers at the Cowboys. And that’s got everybody excited. The Sunday game’s what everybody’s looking forward to. The Sunday games — and I tell you. The Seattle-Atlanta game could be… I think Atlanta is a dark horse in all of this. I mean, they’ve got running backs, they’ve got an offense, their defense is smashmouth, like the Steelers is. So it’s — and you never know about Houston and Indianapolis.

I mean, the Texans have never gotten closer than 27 points. They’ve lost four times to the Patriots in history, and it’s never, ever been close. And one of the defensive backs for the Texans said, “You know, Tom Brady, he’s seen every defense. There’s nothing we can do to trick the guy.” Well, if there’s nothing you can do to trick him, then you might be out of ammo. He said Brady’s seen everything. There isn’t a defense he hasn’t seen. There isn’t a defense that Brady hasn’t exploited. So we will see. 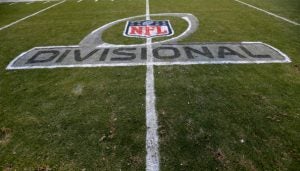 RUSH: Have you been keeping up with the Terry Bradshaw, Mike Tomlin kerfuffle?  Well, to me this is an interesting cultural thing.  It started with Bradshaw on one of the Fox cable networks saying he didn’t think Tomlin, the coach of the Steelers, was a particularly good coach. He’s more like a cheerleader, he doesn’t know what he does. He just rah-rahs on the sideline.

This was considered to be profoundly insulting.  Terry Bradshaw, Steelers royalty.  Why go out and attack the head coach?  Nobody could figure it out.  Well, it’s called creating controversy, getting an audience.  Anyway, Tomlin reacted to it, and said, “But what do I know? I grew up a Dallas (Cowboys) fan. Particularly a Hollywood Henderson fan.”

Well, Hollywood Henderson is a guy who said before one of the Cowboys-Steelers Super Bowls in the seventies that if you spotted Bradshaw the C and the T, he still couldn’t spell cat.  So that is how Tomlin decided to get back.  He admitted he’s not a great coach yet; he hadn’t been doing it long enough, doesn’t have enough championships, Bradshaw’s right about that, but this cheerleader stuff…

Bradshaw apologized.  But then said — this is where it gets interesting to me — Bradshaw then said Mike shouldn’t have come back at me. Mike shouldn’t have responded.  Now, the young Millennial sportswriters are taking Bradshaw’s reaction and saying, “Well, who does this guy think he is?  Does he think he can just sit out there and say whatever he wants and whoever he says it about has no right to come back?”  And that’s not what Bradshaw was saying.

This is cultural.  Bradshaw was saying if I were Tomlin I would have ignored it. I wouldn’t have paid me any mind. I would have let it go, but Mike responded to it. Mike shouldn’t have responded, and these young people who doesn’t understand that ’cause everything to them is, you know, an online battle, screw you, no, screw you, up yours, no, up yours.

It’s a fascinating cultural illustration to me, that they think Bradshaw was saying that Tomlin had no right to come back at him.  And they think Bradshaw’s stupid.  They’re totally misunderstanding Bradshaw’s point.  Even though I looked at it, he kind of even made it clear in his statement what he was saying, but they missed it.