Caller to Host: Should I Go to the Inaugural?

RUSH: Stacy in Dayton, Ohio. Great to have you. How you doing?

CALLER: I am a longtime listener and I’m very excited to be talking to you. But, Rush, I have tickets to the inauguration through my congressman. I’m a Trump supporter, went to his rallies, so I’m really excited about getting these tickets. But, however, I have some apprehension towards going because, quite frankly, I’m afraid of protest violence and shall I say possible terrorism.

RUSH: Well, how many tickets do you have?

CALLER: Actually, I have four, for me, my husband, and two kids. 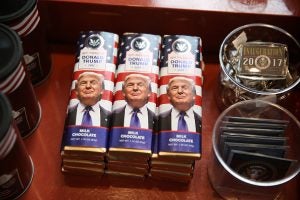 CALLER: My husband doesn’t want to go, he’s afraid, and I don’t know. I thought I would talk to you because in the past I’ve always looked to you as the voice of reason and I’m hoping you can ease my fear so —

CALLER: Just wondering if you had the opportunity, would you go?

RUSH: Well, no, that has nothing to do with what I would tell you.

RUSH: No, no. The weather ostensibly is gonna be in the sixties, number one. It’s gonna be… The long-range forecast has it as a nice day. You can look at that one of two ways. You can say it enables the protesters. And it also enables, encourages the fact that you’re gonna enjoy the day. You know, my answer to this is really rooted in the belief that, if it’s something you really wouldn’t want to do, I wouldn’t let those people stand in the way of you seeing something historic.

RUSH: I really wouldn’t let the fear of protesters stand in the way of you doing what it sounds like you’d like to do. Maybe there’s a little bit of thinking you should do.

CALLER: Right. I feel like it’s a once-in-a-lifetime opportunity. Yeah, I’m fearful for my kids and I don’t want them to be exposed to anything violent.

RUSH: Have you been able to get a hotel room?

CALLER: I have one yes.

RUSH: Okay. All right. Well, then you’ve got a place of refuge if anything would happen. Look, there’s gonna be lot of people there. I don’t think… You’re not gonna have a lot of people not go because of this threat. Are you worried that security services are not gonna be up to snuff because they really want this to go wrong for Trump?

CALLER: I’m not sure. You just hear everything in the news about protesters, and now there’s this big thing on women, marchers that are —

RUSH: That is gonna peter out. That’s gonna be nothing more than a golden shower. They’re gonna be… Don’t let that stop you. The Million Woman March? I don’t even think that’s for Inauguration Day. Isn’t it the day before be the day after? The it’s the next day. And be no’s gonna care anyway. They can’t even find enough people. Probably get a little bit more now that I’m mocking them here. No. Don’t let that bunch of broads stop you from seeing this. In no way. If that’s the march that you’re concerned, no way. Don’t let that bunch deter you at all.

CALLER: Well, they weren’t the only ones, of course, there’s other factors. I hate to say this, but possible terrorism, you never know what’s gonna happen. But I think that, you know, talking to you, like I said in the past, you’ve always kind of been the eye of the hurricane for me when everything else seems to be spiraling out of control, I can listen to you and just feel calm and feel like everything’s gonna be okay, so I’m glad you talked to you.

RUSH: If you’ve got your hotel room, if you’ve got a place of refuge, I think those are valid concerns. But don’t forget, those are also things they want people like you to stop engaging in things like this. That’s one of the purposes of terrorism is to make you afraid to live your life.

RUSH: And I just wouldn’t let them stop me, if it were me.

CALLER: So if you were me, you would go?

RUSH: — would you like a brand-new iPhone 7 or iPhone 7 Plus?

CALLER: Oh, my gosh, are you kidding me?

CALLER: I would love that. That would be amazing.

CALLER: Well, probably the bigger one.

RUSH: Okay. But, you know, you can also dictate now. You don’t need to type on these things. What’s your carrier?

RUSH: Fine and dandy. The phone you got’s got no SIM card. It’s unlocked. It will work on any carrier. What kind of phone do you have now?

CALLER: I have a Samsung like a, you know, smartphone.

RUSH: Yeah. Okay then take this phone to your AT&T store with your Samsung. Take the new one in the box. It’s not got a SIM card. Tell ’em you’re switching phones and you want the number on your Samsung moved to your new iPhone. You tell ’em it’s a gift.

CALLER: Okay. Oh, my gosh, I’m so excited! I can’t believe this.

CALLER: I can’t believe this is happening.

RUSH: Don’t hang up so we get your address. But there’s a bonus. I’m gonna throw in a pair of impossible-to-get, brand-new wireless AirPods that are some of the greatest Apple releases and innovations in years. You will not believe. These are wireless AirPods that pair with it automatically. You can invoke Siri with two taps on either one of them to get the weather, to play a song, to answer the phone or what have you.