KARL: The most interesting hearing of all, because Ben Carson is a brain surgeon, he’s a neurosurgeon, brilliant, has a great personal story, he has no experience whatsoever in the issue of public housing. So he’s gonna be drilled for hours on the specifics of what Housing and Urban Development does. We’ll see how much homework he’s done.

STEPHANOPOULOS: Presumably he has boned up on all this.

KARL: I know that he’s been doing mock hearings, they’ve taped these hearings, they’ve looked at game tape. He’s done a lot of homework. But this is an entirely new field for him. It is not brain surgery. So we’ll see how he does.

RUSH: What do you mean he has no experience? He got out of it, didn’t he? He found a way out of public housing. Isn’t that the objective here, Mr. Karl? Do you want people condemned to that for the rest of their lives? What do you mean, he doesn’t know what he’s doing? See, he’s never been in government. He has no idea how bureaucracies work. The guy solves major problems. He grew up in public housing. He had a mother who knew what was necessary to get out of it, and he did.

As you can tell, it ticks me off. It’s clear that the people running HUD all these years are the ones that don’t know what they’re doing. Public housing is a mess! In many cases, it’s a drug infested cesspool. Nobody should have to live like that, the money we spend on it. You take somebody who’s come from that and has escaped it, which ought to be the objective via success and self-reliance. Here’s Carson himself. And Elizabeth Warren just grilled him today. And you know what her questions focused on? Exactly what we’re just talking about. She’s asking Carson if Donald Trump is gonna benefit from all these contracts that are gonna be for Housing and Urban Development. Her question begins the bite. 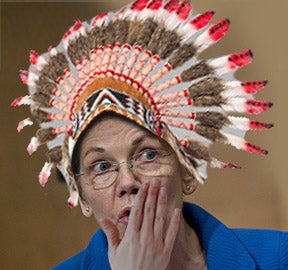 WARREN: Among the billions of dollars that you will be responsible for handing out in grants and loans, can you just assure us that not one dollar will go to benefit either the president-elect or his family?

CARSON: It will not be my intention to do anything to benefit any American.

WARREN: I understand that.

CARSON: It’s for all Americans, everything that we do.

WARREN: Do I take that to mean that you may manage programs that will significantly benefit the president-elect?

CARSON: You can take it to mean that I will manage things in a way that benefits the American people.

WARREN: To the best you understand that.

CARSON: If there happens to be an extraordinarily good program that’s working for millions of people and it turns out that someone that you’re targeting is going to gain, you know, $10 from it, am I gonna say no, the rest of Americans can’t have it?

RUSH: Yeah. Just get the premise here. (imitating Warren) “Dr. Carson, can you promise me that your stewardship of HUD will not be directing money to Donald Trump and his children?” How must these people think? They think like criminals. They think like corrupt public officials because I guess they have experience with it.

Where does a question like this come from? Ben Carson may be one of the most ethically honest people ever to serve in government. And here comes Elizabeth Warren of “you didn’t build that” fame asking him if his purpose is to steer federal contracts to Donald Trump’s kids. Do we have time? Yeah, she got the last word in. Next bite real quickly here.

WARREN: Although we do have a problem here, and I appreciate your good faith in this, and I do, Dr. Carson, the problem is that you can’t assure us that HUD money, not of $10 varieties, but of multimillion-dollar varieties will not end up in the president-elect’s pocket. The reason you can’t —

RUSH: Stop the tape. Where does this come from? What do you mean he can’t guarantee that it won’t end up in Trump’s back pockets? Oh, man. Has any other HUD secretary been asked if he can guarantee the money won’t end up, say, in the back pocket of Ted Kennedy to help with the bar tab for crying out? What are we talking about?

RUSH:  Hey, look, let’s not forget about Elizabeth Warren.  People may not know this.  She enriched herself and her family.  You know how she got it?  She flipped houses, and some people say she used insider information to flip houses of the poor that she would buy that had been foreclosed on in Oklahoma and other places.  You know, she’s a Fauxcahontas out there.  She’s got like a thimbleful of Cherokee blood flowing through one of her toenails, so she’s an Indian, or a part of one, whatever.