RUSH:  Take a look at some economic news here, folks, just to show you the dramatic attitudinal shift that has taken place in America since the election.  First story here from Bloomberg:  “U.S. Small-Business Optimism Index Surges by Most Since 1980.”

What happened in 1980, folks?  Do you remember what happened in 1980?  That’s exactly right.  Three gold stars for the staff on the other side of the glass.  That was the year that Ronaldus Magnus was elected.  Now, isn’t it interesting and consistent that the U.S. Small Business Optimism Index has surged by the most it has surged since 1980.

Details.  “Optimism among America’s small businesses soared in December –” that’s post-election “– by the most since 1980 as expectations about the economy’s prospects improved dramatically in the aftermath of the presidential election. The National Federation of Independent Business’s index jumped 7.4 points last month to 105.8, the highest since the end of 2004, from 98.4.

“The share of business owners who say now is a good time to expand is three times the average of the current expansion, according to the NFIB’s data. More companies also said they plan to increase investment and keep hiring, which reflects optimism surrounding President-elect Donald Trump’s plans of spurring the economy through deregulation, tax reform and infrastructure spending.”

Now, this is important, because growing jobs — we’ve been focused with Trump on big businesses and big companies not moving manufacturing plants or moving them back.  All that’s great and important, but small business, as everybody knows by now, is where the majority of jobs in America are.  And the small business engine is what has been puttering along. 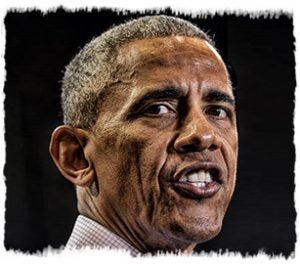 Now, the concept of repealing and replacing Obamacare, they’re already starting to muddy the waters with this, which was predictable.  They’re making it much harder than it needs to be up on Capitol Hill.  The people on Capitol Hill, in the House and Senate — do not doubt me on this — still have not gotten their arms around what happened in this election.  They still haven’t been able to come to grips with what this election really meant, who made it happen, and what the expectations are.  They are the establishment; they are insiders; there’s a way of the world there.  And it was rejected by voters in this country.

People Inside the Beltway, look, in one way you have to cut ’em slack; it’s the only thing they know.  The way they do business in crafting legislation is the only thing they know.  So when you start — and part and parcel of that — let me tell you what the biggest fear the Republicans on Capitol Hill had in both chambers.  Obamacare is now an entitlement.  And that means that there’s a lot of Santa Claus involved here.

There are a lot of people getting free health care because their’s is being subsidized.  And the Republicans right now are getting cold feet in many place.  Not everywhere, but in enough places.  “Oh, my God, what happens to us in two years if we take away an entitlement?”  It’s the same standard, predictable thinking that we knew was gonna happen.  And they’re making this whole business of repeal and replace a whole lot harder than it needs to be.

The people that made this change in this country, the people that voted for Donald Trump, they believed what they heard.  They believed it when Trump said that he was gonna repeal it and get rid of it and replace it.  They believed other Republicans who said it.  It is clear that they believed it by looking at this survey.  One of the reasons I am convinced that there’s such optimism among small business owners is they really think that albatross is gonna be removed from their neck, and it better be.

There better not be any withdrawal back to the, “Well, you know, we really need to rethink this, we’re gonna do this, and we can’t repeal it if we don’t have anything to replace it with, and right now we don’t have a replacement.”  And all these calls, “We need to slow down.”  No, no, no, no, no!  That’s not the way to do this.  Slowdown is exactly why this election happened.  All of this slowdown is nothing more than an excuse for not changing it.

And the excuse for not changing it is not rolling up the sleeves and doing the hard work.  “It’s just too hard, it’s too many pitfalls,” and these are the kinds of things that are starting to happen, and they better not waffle on this.  The tendency is to waffle.  The tendency is to not do anything.  The tendency is to make surface changes to make it look like things are being done but nothing in the end actually of substance changes.  And this is where Trump as president is going to have to have a big presence.

And his legislative aides, his liaisons that work with people on Capitol Hill from the White House or wherever he happens to be are gonna have to be on the case, ’cause the natural tendency, the natural tendency in Washington is when change like this comes up is to not do it.

Oh, they’ll gladly add things.  “Oh, can’t wait, oh, we need to build. Fine, where do I sign?  Where do I vote?”  But taking something away that might cause them problems, in their minds anyway, the next election. So this is a key element.

So over here we got small businesspeople full of optimism, more than they’ve had since 1980, there are specific reasons for it, and the pull quote from this story — this, by the way, the chief economist at Deutsche Bank in a report to the bank’s clients.  His name is David Folkerts-Landau.

He said: “This policy mix,” meaning Trump’s agenda, “has the potential of reigniting productivity growth and raising U.S. growth potential.  While Trump introduces higher uncertainty, this is better than the near certainty of the continuation of a mediocre status quo.”