The Trump Cabinet Confirmation Hearings Can Bring Aspiration Back

RUSH: I want to talk about the upcoming confirmation hearings for members of Trump’s cabinet. ‘Cause I think there’s something about this that needs to be said, and it’s not politics. We all know the politics of this. We all know what the Democrats are gonna do; they’ve said so. Chuck Schumer and his gang in the Senate are going to try to delay the confirmation of as many of these nominees as they can. They’re gonna try to destroy Jeff Sessions as a racist. 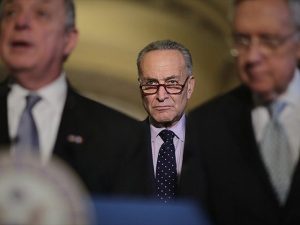 All of this is gonna blow up in their face ’cause they don’t have to votes to stop these people and they’ve got a filibuster problem of their own making. But they still have to fundraise, and they still have to satisfy these Looney Tunes that send ’em money — people like Meryl Streep and Hugh Laurie. I mean, the genuine new kind of stupid that they have to pander to in order to get those idiots to write them checks. But not that they are not gonna be serious about it. I mean, they would love to destroy Sessions. I am sure they’d love to destroy Rex Tillerson. And that’s the point.

The Democrats are not just gonna oppose; they’re gonna try to destroy these people. Now, if you look at the way… I think it’s always interesting and useful to go back and compare when Obama was elected in 2008 and began to announce his cabinet. If you go back to January of 2009, there were just 41 Republicans in the Senate, and so they couldn’t stop anything. They couldn’t stop a single piece of legislation. They could not stop a single nominee from being confirmed. Forty-one votes. No hope of getting anywhere near 51 or 60 or 61. 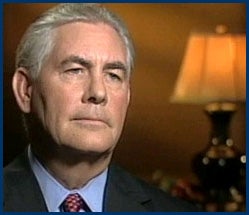 And that number, 41, was a little misleading because the Democrat number kept expanding. Arlen Specter, if you’ll recall, switched to the Democrat Party at the end of April in 2009. He was reading the tea leaves and said, “Well, I guess it’s the end of my party.” So he joined with the Democrats. Al Franken’s fraudulent election was not settled until the end of June. So they added a couple people as the year went on. Now, let’s look at some of Obama’s nominees and how they were treated. Hillary Clinton was nominated secretary of state. She got 94 votes.

She got 94 votes in favor; two against her. Eric Holder. I’ll never forget this. Eric Holder is nominated as attorney general, and what did the Republicans do? A number of conservative think tank intellectuals and elected Republicans started singing the praises of Eric Holder. What is this? The guy is straight out of the extreme left. “Well, we thought we could show them we’re not really bad people. We’ll come out and we’ll show support for Holder. Plus he’s black. We have to support him so they don’t think we’re racist.”

So Eric Holder ended up getting 75 votes, 21 against. Kathleen Sebelius, another genuine mental midget, unqualified to be secretary of Health and Human Services. She got 65 votes. Tim Geithner (who cheated on his taxes) as the Treasury secretary. He got 60 votes. There were 34 votes opposed to him. It would have been more if it had not been learned that he cheated on his taxes. What was it? Something happened when I was gone. We found out a bunch of left… Oh! Half the sta… Did you see this, Mr. Snerdley?

Something like 80% of the on-air staff at MSNBC had tax leans against them! Seventy percent of the people, maybe more, who work at MSNBC were behind, delinquent in their taxes. These are the people up there demanding the rich are not paying their fair share, demanding taxes be increased on everybody, and we find out they weren’t paying, and the IRS had leans on ’em. Well, Geithner had cheated on his taxes and he blamed it on not knowing how to do TurboTax, and yet this is the guy is gonna be the Treasury secretary.

But here’s the thing. The Senate confirmed seven Obama nominees the day he was inaugurated. How many of you when you hear that, didn’t even know that the Senate and House are in session that day? I mean, most people think Inauguration Day is a party day, celebration day. You have the inaugural ceremony, you have the parade, the president go backs to the White House. In the case of the Clintons they invited everybody in. Clinton was scouting out chicks. He invited everybody in for an open house at the White House, and they go to the White House balls, the inaugural balls, and everybody gets to work the next day.

But the Senate confirmed seven Obama nominees the day Obama was inaugurated, and they confirmed another five within the first week that Obama was in office. Thirteen of these were confirmed via voice vote without any recorded opposition. Now, again, it’s important to note that the Republicans couldn’t have stopped anything. They only had 41 votes or 40, so they couldn’t have stopped anything. But they didn’t even use the occasion to speak out against any of these nominees. Remember, now, Obama had just skunked McCain and the Republicans are quivering in fear.

They’re cowering in the corner. They are scared to death. They think it’s the end of their party! McCain’s just been defeated, and the first African-American president’s been elected. You can’t criticize the guy! Then they had to deal with the fact that I was out there saying, “I hope he fails,” and that made them uncomfortable, even though everybody knew what I meant. So the Republicans were self-paralyzed. They didn’t even make an effort to state opposition to these people on the basis of principle, on the basis of belief, ideology, or anything of the sort.

Obama got his blank check, and he got it for the most part on Inauguration Day. I just mention that because the Democrats today are not gonna do anything of the sort. Not that I think they should; that’s not my point. I’m not thinking that there should be tit-for-tat. I’m trying to point out the differences in the two parties, and that is I think the more people that see this now, the better. The Democrats are not just gonna oppose; they’re going to try to destroy. Now, look at Trump’s nominees. Let’s move on to this.

I think Trump’s cabinet — and I’ve talked to a lot of people who were opposed to Trump, or who were scared to death of Trump — people on our side of the aisle for the most part, Republican or conservative. But they fell prey to whatever nattering negativism that there was in the media and, “Trump’s unqualified, Trump’s a boor, Trump’s coarse, Trump’s this or that.” They were made nervous. But when Trump got around to appointing his cabinet, they’re like, “Hallelujah!” They love these people. A lot of people — and I think that that is warranted.

They are the ones disconnected who do not know this country. To this moment, to this day they are still mocking and making fun of the people that elected Trump. They are still cast together in their little elite enclaves, smearing and sneering and condescending with contempt anybody who’s not. They are the ones that doesn’t know America. They are the ones: Democrats. Obama’s cabinet? Not a single one of them had ever held a job in the private sector! They were all theoreticians, think tank academics, you name it. Not a one of them really knew America.

They all resented America. They all despised America for the same reasons that most leftists do. By the way, I’ve stumbled across actual evidence now to prove a contention of mine that these people on the left do not think — never have — that this country’s great. They never have thought it is. They think it’s racist, sexist, every cliche I’ve ever used. I actually found a liberal writer in Slate or Salon (I forget which) who actually wrote a piece on it confirming everything that I know about these people. On the other hand, Trump has nominated people who are great. They have achieved success. 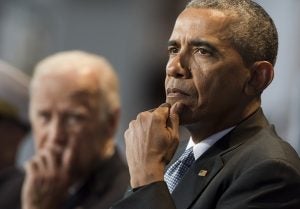 The left, primarily in the environmental movement, have done more to retard progress and to make life harder in this country than you would ever believe. And you find the evidence all over your house, from your dishwasher to your shower to the things you use to wash your clothes. The left has just screwed up so much, and they have this idea that anybody who’s successful is not to be trusted, that somehow they’ve gamed the system or that they’ve had an unfair break, an unfair shot. That they have had an advantage that other people don’t have.

RUSH: Oh, yeah, I’m gonna get to Obamacare, too. That’s why I say can’t do it all in the first hour. May not be able to do it all in the program, but the Republicans are about to fall into a trap in this that’s so unnecessary. You just repeal it! Anyway, I’ll save that for later.

Just one other thought here on the Trump cabinet, these upcoming confirmation hearings. You know, one of the constant refrains of conventional wisdom laments the proposition that good people don’t go into government. How many times have you heard that? “We just don’t get good people.” And you hear all kinds of reasons for it. One of the reasons is that they all get a media anal exam and they don’t want to put up with it. Their families come under the microscopic, and they have to get the pay cut. So the liberals are constantly wringing their hands that we just don’t get good people to go into government, except liberals, of course. They’re good people.

And contrary to what the predictable allegations are from the left, they’re not taking the job to help grease the skids in their own industries. They’ve already got that taken care of. These are the pinnacles of success in their respective fields. They don’t need the government, they don’t need the power, and they don’t need the money. And they are going to sacrifice mightily for their country and their ideas. And this is the way this needs to be portrayed. It’s the way it needs to be understood and looked at. And they’re gonna get pilloried in the process.

They’re the exact kind of people that we need to be holding up and others aspiring to. And that’s what I mean by them being aspirational. Do you realize what a narrow plank I’m on saying this? Do you know how I’m gonna be pilloried for saying this? Because if you look at the Democrat Party’s enemy list, it’s corporations, it’s CEOs, it’s anybody who is successful that does not donate to them, anybody successful who doesn’t contribute to them or doesn’t vote for them. And they have tried to do their best to destroy the industries these people run and these people personally.

They try to tell you everything they’ve had came easy, through the government, through their families or what have you. And I think this is a golden opportunity to reverse the way we look at success and reverse the way we look at successful people and have these kinds of people themselves become role models and used to aspire others to seek their own greatness and excellence.