RUSH: I played a sound bite of President Obama moments ago where he started complaining about talk radio.  This is from his press conference on Friday and from an NPR interview today where he complained about me by name as a domestic propagandist and said that my focusing on political correctness like Trump does is phony because we all have our own version of it too where we run around and act like victims.  It was really disjointed and convoluted, and a typical Obama answer meandering, wandering aimlessly looking for vain search of a thought that the Drive-Bys tell us is an erudite brilliance and hyper-intelligence and so forth.

And I said during that that I had a great example of political correctness, a new one out of control, University of Kentucky.  Are you ready?  Do you remember the song from the Beach Boys called California Girls?  You do.  Sure. It’s a song from the sixties — a harmless, fun little paean to the magic that is a California girl.  And, believe me, if you’re a kid stuck in Missouri, California Girls an intriguing prospect, something you never think you’re gonna see when you’re growing up little town in Missouri.

So the Beach Boys have a song out there, and it’s universally popular.  The University of Kentucky has punished a professor in a “sexual misconduct” case in part for singing a Beach Boys tune covered by Alvin and the Chipmunks.  His name is Buck Ryan, and singing a Beach Boys tune got him punished for sexual misconduct.  “Under Administrative Regulation 6:1, Discrimination and Harassment, UK’s Title IX coordinator ruled that the song, ‘California Girls,’ included ‘language of a sexual nature’ and was somehow offensive, though no victims were identified.

“The same regulation prohibits ‘making an intentionally false accusation,’ so the question arises: How competent is UK’s Title IX office?” Here we have a 30-year-old… Is it a 30-year or 30-year-old professor?  Well, we have a college professor at the University of Kentucky was ruled to be engaging in sexual harassment for singing a few lines from California Girls.  He used names of Chinese cities and areas.  He was using the song in a class that was being taught to Chinese students so he was using California Girls as a way of reaching Chinese students, and he substituted Chinese cities and areas.

It was Chinese girls. He changed the names of the cities from California cities to Chinese cities.  “The occasion for the song was the closing ceremonies for an inaugural Education Week at a Chinese university as part of a [University of Kentucky] program.” The professor “taught a class, ‘Storytelling: Exploring China’s Art and Culture.’  For [his] Chinese students, [he] sang a song to teach the many differences in Chinese and American culture. The Beach Boys riff was one of three takeoffs of popular songs (Sting, Wizard of Oz) that [he] sang in [his] closing remarks.”

And here were the lyrics that got him in trouble:  “Well Shanghai girls are hip; I really dig those styles they wear.”  Shanghai.  That was considered to be sexually harassing the Chinese female students in the class under Title IX, and the university upheld the allegation 37 these poor little college snowflakes. They’re so weak and victimized, you can’t even hear the lines from a classic song! California Girls by the Beach Boys now qualifies as harassment when sung by a professor attempting to.  You think, “There has to be something else.  What are you leaving out?”

I’m not leaving out anything.  The professor’s name is Buck Ryan, and he wrote an op-ed about this at the website Kentucky.com.  “The dean who issued my punishment never talked to me. I learned about my fate in a letter dropped on me by two assistants just before I was to teach a class. My punishment in this case-without-victims bans me from receiving international travel funds and strips me of a prestigious award worth thousands of dollars.” 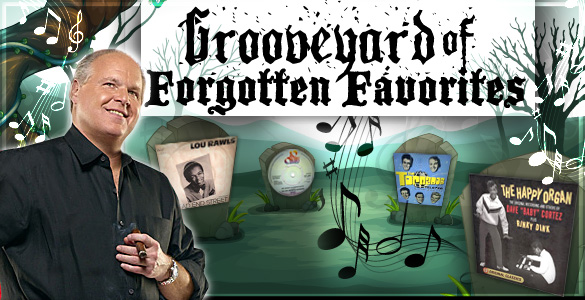 “Well Shanghai girls are hip; I really dig those styles they wear,” gets him sexual harassment charge at the University of Kentucky.  According to him.  He’s written the op-ed at Kentucky.com.  So somebody had to be offended by this in the class, some student, some female who maybe was unfamiliar with the song.  Never heard California Girls by the Beach Boys.  I mean, it is from the Grooveyard of Forgotten Favorites way, way, way, way back there in the sixties.  So a song like this is considered sexual harassment.  If this guy had picked anything by Jay Z and had begun singing about hos and b-i-itches and who knows what else, he would have been applauded for being a cultural leader and a cultural icon.

RUSH:  Breaking news! Breaking news! Associated Press: A Democrat elector in the state of Maine has gone faithless, meaning he did not vote the way he was supposed to have voted.  A Democratic elector in Maine has voted for Bernie Sanders instead of Hillary Clinton.  But wait.  I need to check the validity of this.  Did Hillary win Maine or did Trump win Maine?  The reason I’m asking is because there’s a guy in Maine who provides heating oil and gas for homeowners, and he has vowed not to sell the stuff to people that voted for Trump.

He’s in Shalheaken, Shalboken, Shalheaken, Maine.  Sixty percent of the people in this guy’s area of doing business voted for Trump which means 60% of his market, he says, he’s not gonna sell to.  That’s what ABC is… It’s too hard to find it.  There’s a another defector.  Okay, so Trump got elected.  So Hillary won the vote in the state overall.  Anyway, so what happens, one of the Hillary electors voted for Bernie, and there is another ABC News is reporting that one elector in Minnesota attempted to vote for “no candidate.”

But the state invalidated his vote and swore in an alternate who voted along with the rest of the electors to deliver all 10 electoral votes to Clinton.  So the two faithless defectors we’ve heard about so far have abandoned Hillary!  Isn’t that great?  Trump… By the way, I’ve been following this count and we’re up to Trump at 240 now as the reports come in.  Texas could put Trump over 270 in the next hour, but the whole thing’s gonna bomb out on ’em.  It was never gonna amount to anything.  And I just…

When this happens, when Trump is clearly the Electoral College winner when all this is said, I want you to go back and remember what the media has tried to make you think the last three weeks, that a bunch of Trump electors were being pressured and were maybe thinking of defecting. And the New York Times ran this op-ed by this Trump elector in Dallas that was not gonna vote for him.  You just please remember how far out they went to try to make you believe something that was never, never even close to being accurate or true.

Henry Kissinger Is Jazzed About Trump

RUSH: Henry Kissinger. Kissinger has a sound bite here where he’s talking about Trump as a phenomenon that foreign countries have not seen, and that this represents an extraordinary opportunity.  Henry Kissinger is jazzed by the Trump victory and the way he’s putting together his cabinet, and I just wanted to share that with you.

Loretta Lynch Regrets Meeting with Clinton on the Tarmac

RUSH:  Yeah, yeah.  I’m gonna get to that.  Michelle Obama and her feeling hopeless comment.  There’s a little bit more reaction to that I need to make than what I had on Friday.  I kind of lost my temper at the beginning of Friday’s show.  They just dropped that sound bite of her in that interview on Oprah. I admit I lost it.  I had to apologize in the last hour ’cause I actually started sounded like I was really, really angry and yelling, and I try to keep a governor on myself here.

I even got mad during the apology.  So there are a couple other things I want to add to it, but I need to get back to the phones.  I got a lot of sound bites here.  Once again I’m just feeling hemmed in.  So I just need to keep going here.

RUSH:  You don’t have to tell me.  I know.  I didn’t get to the Michelle Obama business, and I didn’t get Loretta Lynch regretting meeting with Clinton on the tarmac, and a couple of other things.  But I really want… This Michelle Obama thing and her hopelessness and she now feels hopeless?I  need to put this in perspective for everybody, and I’m gonna make sure this happens tomorrow.  It’s gotta lighten up as we get toward the end of the week, it just has to.  Doesn’t it?