RUSH: You want to hear another example of journalistic malpractice?  Last night Donald Trump went to another thank you rally in Hershey, Pennsylvania.  This was huge last night.  It was just phenomenal.  I had email from a Republican strategist who’s seeing the light who kept talking to me. He kept writing, “This is genius, Rush! This is genius,” referring to Trump and how he was handling himself last night, what he was saying, what he was doing.  And last night and in tweet, Trump really went after Josh Earnest.

Are we talking about the same cyberattack where it was revealed that head of the DNC illegally gave Hillary the questions to the debate?

He praised Obama, and I told you why he’s doing that. But he went after Josh Earnest for all of these statements in the White House press briefing that Trump urged the Russians to hack Democrat Party.  “Now, the Republican nominee was encouraging Putin and the Russians to hack something,” which didn’t happen, and Trump made a joke.  We went through this yesterday.  Nobody could find the 30,000 emails Hillary had deleted, and Trump — making a joke — said, “Well, maybe the Russians could find them.

“The Russians could try to find them and then let the media know when you do.”  And so Trump tweets out, “Are we talking about the same cyber attack where it was revealed that the head of the Democrat National Committee illegally gave Hillary the questions to the debate?”  This is Trump.  This is how he responds.  He’s not waiting for any media on his side to respond.  He simple tweets.  “Oh, you’re talking about the hack — you’re talking about the cyber attack — where it was revealed that Donna Brazile was illegally giving Hillary the questions?”  He’s illustrating the point: What was in these hacks?

RUSH: We have some, I guess, latest developments on the whole concept of the election being hacked.  It’s really getting in the weeds now, and what I’ve done is try to just strip out from all of this complicated morass — this intricately woven web of deceit. I’ve tried to extract just the stuff that’s relevant and pass it on to you.  So the first thing here in the Stack is an AP story:  “Obama Vows Retaliation for Suspected Russian Hacking.”  Now, he’s been dragged screaming and kicking to this.

Now, at no time has anyone alleged that the Russians hacked with votes, because they didn’t.  An election is made up of two things:  People vote, ballots are cast, and then they are counted.  The Russians did not involve themselves in that.  That would be “hacking the election.”  That would be hacking the democratic process.  They did not do that.  The only people that really tried to do that is the Democrat Party, and they do it repeatedly.  They do it election after election.  They did it in this past election.

We found out in a recount in Michigan that there were more Democrat votes counted than were actually cast in the city of Detroit, and that’s a Democrat-run city top to bottom.  In the recount, they actually found more votes counted than were actually cast.  The Russians had nothing to do with that.  That was the Democrat Party.  What this is boiling down to, the CIA is claiming via leaks… There’s nobody at the CIA that will go on record by name.  The CIA will not send intel representatives to Congress to answer questions.  They will not go on the record. 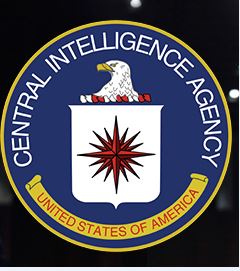 The CIA is claiming that the Russians hacked both the Democrat National Committee and the Republican National Committee, successfully, but only used data they found via the hack of the Democrats and then gave that data — which is the John Podesta email dump — to WikiLeaks.  That’s the allegation, and therein lies the entire basis for this entire story, the way the Russians hampered with our election, the way the Russians flouted our democratic process.  They hacked both, but they didn’t give any Republican dirt to WikiLeaks.

That is being reported as meaning the CIA wanted Trump to win.  The CIA is saying that the Russians did not like Hillary, hated Hillary, were frightened of Hillary. They wanted a patsy, they wanted an idiot, they wanted a neophyte, they wanted somebody with no experience, they wanted a gopher, they wanted a sycophant, they wanted Donald Trump.  They had all kinds of Republican data, says the CIA, but they didn’t share it with WikiLeaks.  That is not true, and it has been established to be not true by any number of sources, which I’m now going to recount for you.  The latest on this comes from…

“Your whole premise that the Russians had information from both parties but only gave WikiLeaks the dirt from the Democrats is not true, Chuck.  We didn’t get hacked.”  The Wall Street Journal has confirmed it.  The Wall Street Journal has a story that Reince Priebus was telling the truth, as though that itself is news.  Russian hackers did indeed try to hack the computer network of the Republican National Committee.  They used the same techniques that they succeeded in hacking the Democrat National Committee.  But the Journal says that the idiot Russians couldn’t beat Republican security on their network.

But that they easily defeated the security on the Democrat network.  Folks, this is all bogus, because this is not how we learned of John Podesta’s emails.  Podesta’s emails ended up being made public, not by the Russians, but because Podesta — like the novice neophyte he is — clicked on a link in a phishing attack and ended up sending all of his account information with his email addresses, user IDs and passwords to whoever was running the phishing scheme.  All the data from Podesta’s email, does not come from a Russian hack of the Democrat committee.

Now, because the intruders failed to defeat the security on the Republican computer networks but succeeded in defeating it on the Democrat networks, the effort by Russian intelligence to hack the Republican group was a dismal failure.  The CIA has concluded that Russian hackers stole emails from the DNC, as well as another Democrat organization and also from the chairman of Hillary’s presidential campaign to harm her candidacy and boost Trump’s chances of winning.  That’s what the CIA is saying.  They’ve told that to the New York Times.

They’ve told that to the Washington Post.  The CIA, nameless people leaking, will not testify.  But the idea that the Russians tried and failed to hack the Republican computer network is in giant conflict with the CIA’s conclusion.  The CIA, after the election, asserted that the attacks on political organizations were aimed at swaying the vote for Trump because the targeting of Republican organizations diminished toward the end of the summer and only focused on Democrat groups, and only materials that were procured from Democrat groups were made public via WikiLeaks.  So that’s the substance of the CIA’s assertion.

“The CIA conclusion was a ‘judgment based on the fact that Russian entities hacked both Democrats and Republicans and only the Democratic information was leaked.'”

What this means is, folks, the FBI has known for months that what the CIA is telling the New York Times and the Washington Post is not true.  This is crucial to understand.  For the past two weeks and even before, ’cause this is just the time it’s been made public, the CIA has been proceeding on the theory that the Russians successfully hacked both computer networks, Republican and Democrat, but only leaked the Democrat contents to WikiLeaks.

The FBI has concluded they failed to hack the Republican network.  The CIA conclusion that all of this was done to help Donald Trump is predicated on the theory that Russian hackers did succeed in hacking both parties, and they did not.  Now, if they didn’t, if the Russians did not hack both parties, then this becomes something other than an operation to elect Donald Trump.  What could it be?

If the Russians did this — for the sake of this think piece, let’s accept the premise that the Russians did this, that they tried to hack both parties, failed with the Republican committee network but succeeded with the Democrats.  They revealed what they had learned that was damaging to WikiLeaks.  Well, it means they weren’t doing this to help Trump.  It means that what they were trying to do, if anything, was create doubt about the integrity of the entire electoral system without regard to who wins and who loses.

In effect, to create this very scenario where a political party thinks the only reason it lost is the Russians and can’t let go of it and is out there making one wild claim after another with competing stories about what the Russians did or didn’t do and who they hacked and who they didn’t hack.  And all of that now becomes the reason Hillary Clinton lost instead of the real reason:  bad candidate, no message, no excitement, no charisma, no reason to vote for her.

With all the money she had, it was an embarrassing campaign.  But since the Democrats are never responsible for their own losses, their own defeats, it has to be trickery, it has to be something.  And they have sidled on this business that the Russians did it.  And they’re not gonna let go.

I don’t believe it because nothing the Democrats ever end up coordinating is actually factual.  It’s always deceitful.  It’s always intended to throw people off what really happened.  What happened here, Julian Assange has said that none of this came from the Russians.  I believe that Podesta’s email was violated by virtue of a phishing attack, which is not a hack!  It was done because Podesta made a mistake. He clicked on a link in an email that he’d been told was okay by an IT guy, and it was not okay, and he ended up divulging all of his personal data:  user names, email address, and passwords to whoever ran the phishing attack.

And that’s how Podesta’s emails were made public.  Whatever happened here, I happen to believe that the likely culprit, ’cause I’ve seen this referenced twice now, one place in the U.K. Daily Mail with actual names and a source, British intelligence claiming a contact he knows at the Democrat National — bottom line version.  I believe that this is an inside job.

I believe an angry Democrat or two or three who were for Bernie Sanders, after they found out how the deck was stacked, when they found out that Hillary Clinton and Debbie “Blabbermouth” Schultz had cheated and were arranging that whole primary to be rigged so that Hillary had no chance of losing, that Bernie Sanders was being used, privately laughed at, mocked, and made fun of.

The Bernie Sanders people were true believers.  I think there’s animus for Hillary Clinton inside the Democrat Party that never gets reported because the media doesn’t want people to think of the Democrats that way, but I think this was an inside job.  I think somebody that had some sort of an animus against Hillary and the way that primary ran, the way they rigged it against Bernie, it may take years to find out, but that’s where all of this happened, in my mind.  I don’t believe this crap in public.