Give the Gift of Rush Revere


RUSH: Don’t forget, folks: Christmas shopping? I know you’re engaging in it. Some of you are panicking. You can’t go wrong for your kids with book five in the Rush Revere Time-Travel Adventures with Exceptional Americans series, the truth of the American founding.  You want your kids to know the greatness of America? You want your kids to have a counterbalance to what they might learn in school? Rush Revere and the Presidency and the four preceding books, wherever books are sold.

RUSH:  You know, I’m sitting here thinking, all of this fake news about the election, Obama’s press conferences coming up about what the Russians did to tamper with our election.  This is a great opportunity.  You know, an election figures prominently in the latest Rush Revere Time-Travel Adventures with Exceptional Americans series.  In fact, it’s Rush Revere and the Presidency.

I am Rush Revere.  I’m a substitute teacher at Manchester Middle School, and I have a horse that was struck by lightning way back long ago in his life, and the lightning strike did something:  He can talk and he can time travel.  It’s amazing.  He’s named Liberty, and Liberty can only travel back in time to American history, cannot go forward, and can miraculously take people with him.

So Rush Revere takes some of his students, and they time travel back.  And this is the vehicle that we use to actually teach the truth of American history.  The reason we did this is precisely because of what’s going on here.  There was a story yesterday from Washington, DC, where the school board wants to get rid of all white men that have anything to do with education in Washington.  That kind of thinking has polluted education today.

I believe that American children need to know the truth of this great country.  They need to have the appreciation and understanding of the miraculous aspect of this country, how unique it is, how great it is, what American exceptionalism is, because they’re not being taught this.  And it’s like, you know, Larry Arnn at Hillsdale says he believes that if people had been consistently taught, really taught and learned the Constitution, there wouldn’t be a Black Lives Matter. 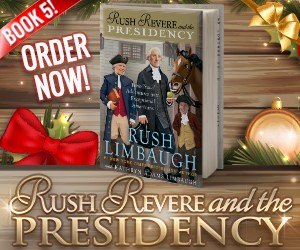 So these are the things that we try to tackle.  They’re books but they’re for young people, anywhere from like 8 to 12.  They’re not picture books.  And so the latest book, Rush Revere and the Presidency, is actually about an election.  One of the students wants to be class president, but for all the wrong reasons.  He wants to be popular, wants to be hip, wants to be cool, wants to get noticed.  All about me, me, me, and he even runs around and tells people this.

And Rush Revere is very alarmed by this. It’s nowhere near the reason somebody should want to be president of anything. So they travel back in time and talk to George Washington, first president, his election, what it meant to him, why he wanted to do it, what the important aspects are.

And, of course, the young student goes back in the time travel and learns it and comes back.  The whole campaign in this school is part of the story. It’s dirty and it’s got its bad actors in it.  It’s just amazing how relevant and prescient the book turns out to be given how an election has so roiled our country.  We’re really excited about these books.  There are five of them now in three years.

They are 200-plus pages. There’s illustrations in them.  They’re really works of love and art when you get right down to it.  This is Rush Revere and the Presidency.  It’s been out since November 24th, and you wouldn’t believe — Facebook.com/RushRevere, if you want to see the kind of feedback that we’re getting, students, kids, dressing up is characters and sending us photos and videos and we publish those at the Facebook page and at the RushRevere.com Web page as well.

It’s been really a great, great thing, opening up this program and me, which is a great thing, to young people who otherwise would never listen to talk radio.  It’s been really rewarding.  And I’d be remiss if I didn’t take the occasion here to tell you a little bit about what this book is, because it absolutely relates to what’s happening out there now, given that all of this controversy is about an election.

CALLER:  I love your show.

RUSH:  Well, thank you very much.  I’m glad that you called.

CALLER: — and my dad actually read your first book to me and my brother.

CALLER:  Yeah.  So I just started any first business.  Can I say the name of it? 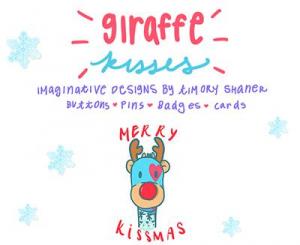 RUSH:  I do.  I absolutely do. I think Donald Trump is gonna create an environment for any business to thrive and prosper if they have what it takes.  I think Donald Trump is gonna be getting regulations and obstacles out of people’s way.  I think he’s gonna do everything he can to help the engine of freedom purr long and grow and thrive — and if you’re part of it, you will, too.

RUSH:  Oh, yeah.  I would be utterly confident, Timory.  Now, look, I want to offer your family a new iPhone or iPhone 7, and maybe the rest of the Rush Revere books if you don’t have them all. But I don’t have time to do it on the air. I have to go. I’m out of time.

RUSH: We’ll find out here. Don’t hang up.  Mr. Snerdley will get your address and ask you the right questions.