RUSH: I guess Kanye West showed up at Trump Tower today, and the Drive-Bys are all just atwitter and aflutter about this. Apparently what happened was, Kanye West, recently out of the hospital for some sort of mental exhaustion, depression, typical Kardashianitis. Apparently he went back to New York, went into Trump Tower. He wandered in there and Trump heard he was there and came down and met him and actually escorted him out of the building as he left.  So people are saying, “Maybe Kanye’s gonna perform at the inaugural ball. Maybe that’s what this was.” 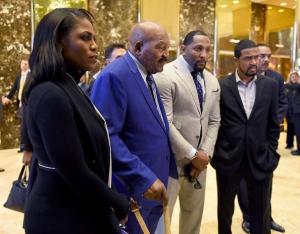