The Difference This Time Is Trump


RUSH: Just a little bit of explanation on this whole story.  I deeply resent having to do this because it means I have to fall for the trap.  This whole fake news story and this whole thing of the Russians hacking the poor Democrats, it’s all fake, folks, every bit of it is fake.  And people are now lining up behind a fake story and calling for investigations into Russia and the election.  It’s all fake, and it’s typical, it’s classic, and that’s why I resent having to fall for it.

This has been, in large measure, what it has been like to be a conservative for my adult life.  Every day you get up and the left is on the march destroying things you believe in, attacking things you believe in, destroying people, attacking people you believe in, and you have to take time to defend those things, particularly if they’re institutions like marriage or other cultural rot that the left is actually responsible for, if you want to stand up and defend it you have to do it, and they’re attacking every day.  And then they try to destroy people that you love, people that you like, and you have to defend that.  And that’s what this is.

They’re holding out maybe a grain of hope they could actually pull something out of their hat with this Electoral College vote on the 19th, one week from today.  They’re running op-eds by electors, Republican electors who just can’t bring themselves to vote for Trump because he’s such a mean person, oh, my God.  And then pressuring other electors and threatening them to do the same thing.  They would love if Trump not get his 306 that he’s got, maybe not even get 270.

They can’t get Hillary to 270, although I don’t think they would stop at trying. But what they really are hoping is that Trump doesn’t get to 270, which means the election goes to the House, and the Republicans in the House would elect Trump and it would be over, but that wouldn’t be the story.  The story would be Trump lost the popular vote, Trump lost the Electoral College, somehow ended up president.  Why, we’ve just been screwed.  And that’s the narrative for four years, or however long it takes ’em to impeach Trump.

Make no mistake about any of this.  They know they lost the election.  They know they’re not gonna win any elections any time soon.  They’ve just been shellacked at the state and local level.  They don’t have a presidential bench.  They’ve got Joe Biden.  The idea of winning elections is something that — they’re gonna lose the Supreme Court, and that was crucial to them to continue the cultural rot that they had been engaged in and sponsoring.

The strategy that they use is to destroy their opponents, not build up themselves.  And they’re gonna continue doing this because it’s all they know.  They’re even fundraising to set up new organizations to keep this strategy and these tactics underway.  As I say, the one big difference here is that this is not your usual Republican that they’re trying to take out.  This is Donald Trump.  And Trump has to be learning more and more every day who his liberal New York friends really are now and who other liberal people are.  He’s getting a firsthand seat, front-row seat at who these people really are and who they have always been. 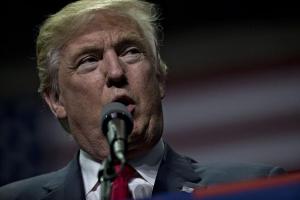 We didn’t do anything here except win an election, and that doesn’t need to be defended.  It doesn’t need to be explained.  It needs to be acted upon.  It needs to be realized. It needs to be confirmed, affirmed, and built upon.  In the old days, the Republicans, after they won elections and the Democrats acted this way, the Republicans would cave and extend the hand of friendship like giving them an extra vote in the Senate so things would be fair and equal or any number of other similar type things to try to prove that they were cooperative and could work together and make Washington work, and it just led to disaster.  That hopefully will not be the situation here.