The iPhones We’re Giving Away Are Gifts from Your Host, Not Apple

RUSH:  What is it, the fourth week or the fifth week?  Whatever.  I think it’s the fourth week every caller is offered a brand-new iPhone 7 or iPhone 7 Plus, and no, Apple doesn’t give us these to give away.  Apple doesn’t give anybody anything.  Even their employees have to buy it.  But with 150,000 employees, you can understand.  At any rate, we’ve only got one big, exciting broadcast hour remain.  I resent that I have to do this whole thing today, but I’m gonna keep at it ’cause I can’t let ’em get away with it.

RUSH:  I got a note from somebody who asked me how did I convince Apple to give me all these phones.  Folks, these are from me.  These are personal from me.  It’s all about sharing passions.  It’s Christmastime.  It’s fun.  Spreading the goodwill.

RUSH:  Okay, here’s how ridiculous this is getting.  TheHill.com: Ten Electors have requested an intelligence briefing before voting a week from today. “Ten Electoral College electors have asked U.S. intelligence officials for” an intelligence briefing on this so-called hacking by the Russians of our election.  Now, does anybody think that these ten electors just sitting out there minding their own business and reading the news and say, “You know what? I think we need a briefing ourselves.”  What a crock!

These electors have been found by the Democrat Party and the media and the story has been created.  I don’t deny the electors are asking for the intel.  It’s who put them up to it?  Because they didn’t arrive at this themselves.  That’s… The electors… It’s like a jury wanting something read back before they render a verdict.  There’s no question here what they have to do! (chuckles) It’s all aimed at making as many people think they made a mistake voting for Trump, and therefore Trump’s election victory is actually fraudulent. 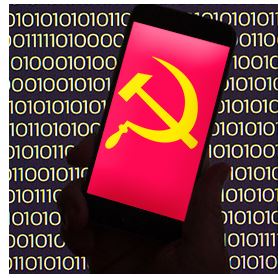 In fact, I don’t think it.  I know it.  I think that people who live and work in Washington are just numbed.  I think they are flabbergasted.  I think they are gobsmacked.  I don’t think they’ve come to grips with what’s happened here.  It is such a big deal that an outsider has come in and is gonna run that show.  I cannot emphasize enough what an absolute shock this is to these people.  They are terrified. It’s not just the fact that Trump’s an outsider, but listening to him say what he says, looking at his cabinet and imagining what he’s gonna do.

They’re thinking that he’s gonna dismantle everything that defines who they are.  He’s gonna dismantle everything that produces their standard of living.  They are shell-shocked, they are paranoid, and they are scared to death. Members of both parties.  This is a closed club, this establishment, this collection of elites.  Nobody gets in this club! Nobody does anything like this ever.  Except that it’s happened, and Trump’s cabinet does not consist of people from this group.  Not yet, anyway.  They’re just…

I think they’re terrified, and they would be happy to join this so-called investigation of Russian hacks.  They’d be thrilled if they could neuter Trump.

Intel World Struggles to Crack the Code of an Untrusting Trump

From The Politico: “Intel World Struggles to Crack the Code of an Untrusting Trump.”  Subheadline: “How do you brief a president who refuses to believe what you tell him?”  This is another story — specifically about the intelligence community — that I think reflects the fear. Can I translate this for you?  “We are in Department A. We’re in the intel community.

It’s the first time in the house of mirrors at the horror show at the state fair.

All they see is themselves, and they’re scared to death.  And then there’s Trump looking at ’em everywhere they turn in there.

And then there’s this from Politico:  “Democrats Fear Another Trump Trouncing — Leaderless and lacking in a strategy, top Democrat officials worry they’re not ready for Trump’s first 100 days.”  This, by the way, as a little aside? This story’s exactly why Trump’s instinct to move very, very, very, very fast is right on the money.  The Democrats are in total disarray.  There’s no one in charge except the New York Times and the Washington Post.

And I hope he continues to run rings around the New York Times, the Washington Post.

Of course they think the American people dream’s collapsing! The Democrats are scared to death Trump’s gonna show how it hasn’t.  The Democrats, the New York Times, the Washington Post are scared to death that Trump is gonna illustrate that the Democrat Party is why this country’s in decline, not America.  It’s not America’s fault.  It’s not our founding’s fault.  It’s the Democrat Party that is the reason why this nation is stagnant and in decline, and the Democrats are living in day-to-day paranoia that that is going to be exposed.  Don’t doubt me.