RUSH:  Ryan, Allentown, Pennsylvania.  Hi.  Great to have you on the EIB Network.  Hello.

CALLER:  Okay, look, I don’t think that the critics of Donald Trump are following through on their own reasoning — that he’s this narcissistic, egotistical businessman who makes all of his money through his name — to its logical conclusion.  And that logical conclusion is that he has every reason to succeed, because I can’t imagine anything worse to him than waking up in the morning and realizing that he’s a failed brand, because his brand to him is everything.

RUSH:  And so your theory is…?

RUSH:  Well, you know, that’s an interesting point.  I happen to think that the actual greatest fear that Trump critics have is that what he’s doing is gonna work.  You’ve gotta put yourself in the position of the political class.  Both parties, the establishment — the lobbying industry, the donor class, the political class, the media — you put ’em all in that lump in which they live, and there is one way of doing things.  It’s their way, and Trump is not doing anything the way they do it.

RUSH:  That’s true, too.  Well, forget why.  You’re right about that.  They’re failing left and right, but they have done everything they can to hide that, to obscure that.  They’ve done everything they can in fact to make it look like what they are is smart and reasonable. “Just give us more time. These techniques of ours take a little while to accomplish. To establish a global network and this and that and the other thing, it’s not easy to do. We’re the only ones qualified to do it.”

They’re failing everywhere.  They’re failing in Cuba; they’re failing in Venezuela. The ChiComs had to modify and moderate, otherwise they’d be bombing out as well.  The ChiComs, if they hadn’t incorporated some market principles, would be in as bad a shape as any of these other places were.  Russia is still on the come.  But all of these… The European Union, the Western socialist democracies? They’re not working, and the people are voting them out, and they’re scared to death of being exposed.

And by virtue of that, they had, in their minds, “the lock.”

The only way conservatives could win was what they said to do and how to do it.  So here comes Trump, and he’s exposing, so far, all these know-it-alls. I don’t care what party; I don’t care what ideology. He’s exposing them all as frauds to one degree or another.  Well, not all.  I don’t want to broad brush here.  But enough of them that they are scared to death exactly as you say, that if he succeeds, they’ve been exposed.  And your theory is he’s going to succeed because his big ego and his big brand, and he just does not tolerate losing. He doesn’t tolerate failure, and winning is why he does what he does, and you don’t see anything about that that’s about change, right?

RUSH:  Well, yeah.  There may be elements in the media that will do that no matter what, as they continue to do now.  They’re continuing to say Trump doesn’t know what he’s doing.  Even after the Taiwan-China circumstance, all the experts said, “Well, it may have been thought out after all.”  Their first take was,”They couldn’t have thought about this.  I mean, if they’d had thought about it, it shows how stupid they are.  It had been knee-jerk.  We’ll have to cut them some slack.”

Then they figured out it was planned.  And when they learned that it was planned, they said, “Trump’s not smart enough to plan it.  It has to be one of his aides. It has to be one of his advisers.  Trump couldn’t possibly.”  You’re gonna have a whole industry — Trump could end up being the most popular best president ever.  And if the current Regime of Drive-Bys survives whatever number of years he serves, they’re gonna write that he was a failure just on principle.  Look, I’m nearing the end of time for you here.  And what kind of iPhone do you want, 7 or 7 Plus?

CALLER:  7 Plus would be great, Rush.

RUSH:  All right.  What carrier?

CALLER:  Do you still have the jet black?

CALLER:  That would be great.

RUSH:  All right.  Okay.  So it’s a world phone.  It’ll work on any carrier.  Does not have a SIM card in it, so it’ll work AT&T, sprint, Verizon, T-Mobile, you name it, it’ll work there. Even if you take it to China, it’ll work there.  You just have to get the right SIM card.

Jonah Goldberg of National Review was on Fox this morning.  He was on America’s Newsroom.  Jonah is not happy with the Trump transition.  He’s nervous ’cause he’s doing things that just aren’t done.  By the way, has anybody commented on the crease in Trump’s slacks yet that has sat down for an interview?  That’s coming.  You know somebody’s gonna do that.  Anyway, the discussion subject was Trump’s transition and it’s making some people nervous.  This is what Jonah said. 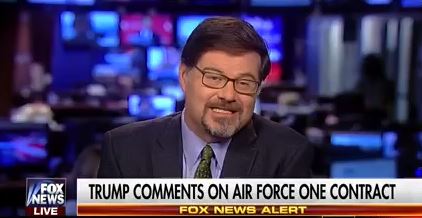 RUSH:  Can’t operate improv, can’t operate ad hoc.  Gotta have a plan, gotta have a schedule, gotta have an itinerary, can’t deviate from it, gotta do this.  And Trump is not doing it.  I think, you know, Trump’s — there’s a poll out there.  You talk about fake news, how about fake polling?  You think we had any of that during the campaign?  I think we had a heck of a lot of fake polling.  Anyway, the polls out there right now, Trump’s approval rating is just off the charts!  And it’s totally understandable.

He already looks like he’s accomplishing serious things and changing the direction of the country quickly in a good way.  And you know something else?  You know, I mentioned yesterday I think one of the reasons that people are so upbeat is that we’re not on defense anymore.  Do you realize eight years of being on defense, eight years of having to react, and eight years, by the way — I think this is huge, folks — eight years of people thinking that we were losing, losing the country, that Obama and the Democrats were succeeding in convincing a majority of Americans that America as founded was no good and that we needed to change and we needed to stop this business of constant growth, stop this business of America being a superpower.

I mean, we’re not out of the woods, don’t misunderstand, ’cause the left is always there.  But it’s such a stark contrast of going from one feared reality to the realization that we were wrong, and that alone makes people upbeat and positive.  Trump is the reason for it and people are capitalizing on it and feeling the joy.  But some of the Never Trumpers, it’s just not the way it’s done. Baghdad Jim McDermott is also out there.  He is livid that Trump’s tweeting and acting like he’s the president when he isn’t yet.

MCDERMOTT:  I just got a call from a reporter about a tweet which the president-elect has made canceling the contract with the Boeing company and the federal government to build Air Force One.  The last time I looked, the president of the United States is still Barack Obama.  He will be president of this country until the 20th of January.  What we have right now is a president-elect running around the world with his tweet bar making statements that are disruptive and distractive for the American public.

RUSH:  So yet another Jurassic Park Democrat, Baghdad Jim McDermott, telling Trump to get off his lawn.  And the tweet bar.  Look, I don’t tweet.  Well, I never heard of a tweet bar, but I wasn’t gonna say anything because maybe people who tweet, maybe there is a tweet bar.  A tweet bar, obviously not a place. Trump doesn’t drink so it can’t be that he’s talking about.  A tweet bar?  Maybe this how Baghdad Jim, his computer is made up of bars, menu bar, and Twitter is in its bar up there, he thinks it’s a tweet bar.  Who knows.  He’s a Jurassic Park guy.  He was one of these human shields in Baghdad. He was gonna go over there and shield Saddam Hussein if Bush was gonna launch an attack.