Perot Voter: We’ve Been Waiting for This


RUSH:  Punta Gorda, Florida.  Mike, great to have you on the program.  How are you doing, sir?

CALLER:  Hi, Rush.  Thank you for taking my phone call.

CALLER:  I am 60 years old and I have been waiting for 27-some-odd years for someone like Mr. Trump.  The man is brilliant.  I voted for Ross Perot back in the late eighties.  He told us, do not do NAFTA, and I listened to him.  I can’t believe the American people have been duped so many years.  He said do not do it, it’s gonna ruin us.

CALLER:  That’s the man, that’s the man.  I went to school with Marty Meehan, I believe he went to Congress at the time, and Clinton brought him and said, “Look,” he was the holdout, he said, “If you vote for NAFTA with me I will make you chairman of one of my committees.”  He folded and went for it. Biggest mistake in the world. And he also said he would do term limits and when term limits came up he said, oh, no, now I realize —

RUSH:  Wait, who is this you’re talking about?

RUSH:  And you believed him?

CALLER:  No!  I wrote letters to his office and told him, “Why’d you do that?” And they wrote me some —

RUSH:  By the way, you’re from Massachusetts, right?  You’re not a Florida native?

RUSH:  You wouldn’t know Marty Meehan if you grew up in Florida.

CALLER:  Yeah.  No.  But I went to school with him, and he pushed through NAFTA with Clinton, the biggest mistake ever.  I am so happy and so delighted that we finally have somebody — Donald Trump, President Donald Trump, as far as I’m concerned, he’s like a Ross Perot on steroids, and I love it.

CALLER:  But he knew what we had to do, but he didn’t have the stamina and the strength to —

RUSH:  His motives were pure.  I mean, his campaigning, his message was pure and it was honest, but his motivations — there were some personal things going on between him and George H. W. Bush —

RUSH:  — which I don’t need revisit here, but I’m not surprised that if you’re a Perotista that you also like the Trumpster.  It would follow.

CALLER:  And then when Ross Perot came out, I switched to independent.  And the crazy thing is, living in Florida, being independent, I can’t vote in the primaries.

RUSH:  Yeah, well, that does not work so you had to switch parties.  Exactly.  Okay, look, Mike, before you get outta here every caller today and for the past three or four days, brand-new iPhone 7 or iPhone 7 Plus.  Your choice.

CALLER:  I guess Plus.  It sounds better. 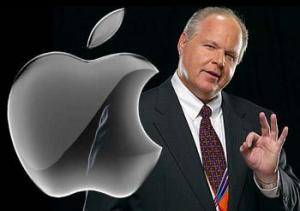 CALLER:  Let’s go with the black.

CALLER:  Or whatever, any color doesn’t matter.

CALLER:  I just want to thank you for your show.

RUSH:  I appreciate that very much.  And I’m glad you’re out there.  I really appreciate it, Mike. Let me remind you now to hang on so that we can get an address to FedEx your phone to you.  It’s gonna be unlocked.  It’ll work on any carrier.  There’s no SIM card in it, so don’t forget that.