Worried Mom Prepares to Send Her Daughter to the Washington Swamp

CALLER: I’m doing fantastic. It is an honor to get to speak with you.

RUSH: I appreciate your patience. I really do. Thank you.

CALLER: Yes. I’m a Rush Baby and I’m raising Rush Babies. And so particularly honored to get to talk to you today. And we were in Washington, D.C., last week, actually, as my eldest Rush Baby is looking at colleges up there, and I wanted to get your take on what you think it might be like to actually be a college student in D.C. for the next four years. But before you answer, I wanted to mention one thing about the Carrier thing, and the difference in how Trump got it done versus Obama. It’s the difference in leadership versus the whole philosophy of leading from behind.

But when I hear these people — this is the important thing and I’m gonna have to put you on hold here Mona to answer your question after the break, but the liberal Democrats’ view of you as a worker, you’re a cog in a wheel. When they talk about job training centers, it’s a human factory. You bring people in, you train ’em to do this new thing or that new thing and send ’em out there to fill some position. You’re a cog in a wheel. You’re not an individual, you’re a number. They plug you in, and if somebody leaves, then they plug you in there. There’s nothing specific.

He didn’t care because he thought these jobs are going away anyway ’cause he’s so futuristic and he’s so twenty-first century. All these new gigs coming in, the Silicon Valley buddies and whatever, fix it all with job training centers. Job training. You’re just a number to them, just a cog in a wheel. Job training. Have you ever heard anybody — let me ask you this. How many successful people do you know in your life and you’ve asked them, “Well, where’d you go to school or how did you prepare, what did you do to end up being –” how many of ’em have you ever heard say, “Well, I went to a government job training center?” Have you ever met anybody that went to one? 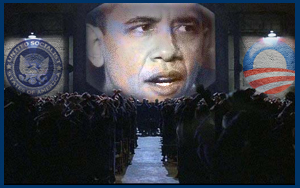 CALLER: Yes. I mean, I am grateful that we’re gonna have a Republican in the White House if and when she’s able to go to D.C. for four years. I was really kind of terrified thinking it might be the Hillary Regime up there.

RUSH: Let me tell you a little story. A woman I know has a daughter in med school in Chicago. The woman’s very conservative, her daughter’s very conservative, has always been conservative. Her daughter went to Chicago this fall and in two months became a Hillary voter simply because of peer pressure of the students that she was hanging around with. She knew she shouldn’t do it. She apologized to her mom. She told her, “I voted Hillary,” and her mother couldn’t believe it, but she did, because everybody in this med school, these students were all for Hillary. It was Chicago, after all.

CALLER: Well, they can’t all go to Hillsdale, you know.

RUSH: No, no. I understand. (laughing) I understand. I’m not being critical. You were asking what what’s in store. I mean, whether Trump’s in the White House or not you’re gonna have a bunch of leftists that are gonna try to make sure they still run Washington, D.C. You’re gonna have to stay in constant contact with her. Liberalism’s so easy, Mona, it’s so seductive. And they’ve done such a good job. You wait. Your daughter’s a conservative, she’s gonna get up there and people are gonna find out. “Oh, wow, you must not want people to be able to speak and vote.” You know what they think of conservatives, they’re gonna —

CALLER: — altruism with someone else’s money.

RUSH: Exactly right. But it’s also peer pressure. It’s a way of not being made fun of, not being attacked, not being laughed at by your fellow students. I doubt her core is gonna change. I wouldn’t worry about that. You’ve probably done a good job with that. But don’t be surprised. Don’t go away on this note. Hang on one more moment.

RUSH: And we return yet again to Mona in Mountain Brook, Alabama. Your ultimate question here is you’re wondering if your daughter going to college is gonna change her. Based on my experience, the pressure on her is gonna be immense, the peer pressure, plus in the classroom, the professors. You probably are gonna notice that she will question a little bit of what she’s learned at home, may have, “Mom they’re telling me ba, ba, ba, ba, ba” and you have to have a rejoinder for it. You can overcome it, but I think you be wise to be prepared that she might buckle here and there on things.

CALLER: Yeah. And, you know, we see it in her 12-year-old brother, too, who asked us last night, “Do you believe in global warming?” And we had to tell him, no, and why not. We know that’s what they get taught in schools and we had to explain why they get taught that.

RUSH: They don’t even need the why. Remember, a teacher is an authority figure. A teacher is, by definition, is a teacher, she knows more than the student. And most people do not think the teachers lie and they don’t want to think that teachers lie or propagandize. It’s a tough thing. That’s why what we’ve won here is an election really overturning the deep inroads the left has made into our culture is gonna be an ongoing process here that is gonna require a lot more time than just one election.

RUSH: (laughing) Is your daughter be right bribable? 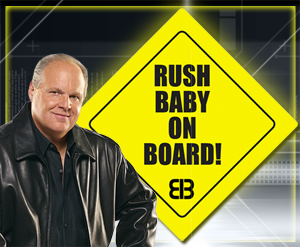 RUSH: All right. Well, what would the odds be of her remaining a little bit more loyal to you if you were able to, say, I don’t know, give her a new iPhone when she goes away to school?

CALLER: Oh, can we emblazon it with Rush on the back?

RUSH: Well, it can be. You might not want to do that. If people see that, it might cause her even more trouble. What cellular carrier do you all use?

CALLER: We use AT&T.

RUSH: Okay. Do you know if she would want a big one, the iPhone 7 Plus or just the regular size?

CALLER: I think she would be happy with whatever you were offering.

RUSH: Really? Because the —

RUSH: — the 7 Plus has a better camera, much better battery life, which is key, and if you’re gonna watch video on it it’s a much bigger screen. So, I tell you what. The color preference doesn’t matter to her either?

RUSH: Okay. Then I’ll send her jet black. That’s the one that’s the hardest to get. It’s the brand-new color, the shiny black on the back. She’ll probably put a case on it anyway. But if you’ll hang on here, Mr. Snerdley will get your address and we’ll FedEx it out to you, and you’ll have that, and at least you can bribe her. And then when she starts to go liberal on you, you can guilt-trip her. “Even though we gave you a new phone, you’re doing this to us?”

And have fun with it, that’s the best way to handle this anyway. And understand she’s going away to college and under the best circumstances it’s supposed to be an intellectual growth opportunity. And you never know, she might surprise you. She might, with what she’s gonna be exposed to, become even more conservative. She might reject all this stuff that she’s gonna hear. You’ve probably done a great job raising her and now you may be surprised, too. So don’t hang up, Mona.