The Myth of Mitt Romney’s Loss


RUSH: Here is Michael in Lyndhurst, New Jersey. You’re first today, sir. So it’s great to have you with us. Hi.

CALLER: Hi, Rush. Thank you so much for taking my call.

CALLER: I want to point out something that you had said right after Romney lost a few years ago. When everybody else was saying he needed to go after the African-American vote and he needed to go after the Latin vote — and they were saying he needed percentages that were huge, 8%, 9%, 10% — in order to capture the presidency, you were the only one that said, “No. Look the other way. It was the ‘white vote.’ He only needed 3% of the ‘white vote.'” Now, somebody will say, “Well, 8% to 3%…” As far as a number, it’s a big difference. You were looking positively because, as a percentage of the electoral vote, the white population represents a larger bulk as opposed to the African-American and the Latin.

RUSH: 70% of the population is white.

RUSH: Now, compare that with the way you think demographics have been changing. They are changing, by… I’m not denying demographics are changing, but they would have you believe that it’s just a matter of years, days, months before you are nothing but another minority prepared to be stomped on.

CALLER: And that’s why your point was perfect, because it took… Of course, 70%, all of them are not voting.

RUSH: Of course not. But there’s even more to it than that. I’m glad you called. Let me build on it when we get back.

And the Democrats were telling us that we would never win the White House if we didn’t do this, either. Remember that? The Democrats, who so desperately want us to win the White House now and then, were really trying to help us by telling us that we had to get on board amnesty. And that’s what I objected to. I’m not opposed to reaching out Hispanics. I’m all for reaching out to everybody! As Americans. Not as members of groups, and not treating people as though they’re legitimate members of some grievance group, but reaching out to them as human beings. 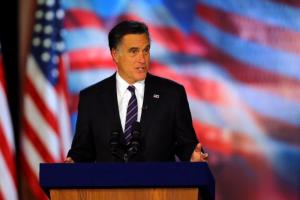 And that’s what was to constitute “outreach to Hispanics.” Well, you know, I’m raising my hand up, trying to put on the brakes. “No, no, no, no, no, no. Nope. You’re gonna not win everything and you’re gonna lose. In fact, that might result in the party actually becoming so small that it doesn’t exist. You’re gonna lose every loyalist in the base you have,” I said, “if you guys go and do that.” But they persisted in thinking that they had to “reach out” to Hispanics by agreeing with and promoting amnesty, and they believed it up until last Tuesday.

Do not doubt me. They believed it! That’s why they were so… I mean, folks, they were crapping the bed with all this stuff that Trump had said. (interruption) They really did, ’til last Tuesday. They’re going to vote thinking it may be the last time there’s ever an R on a ballot. I cannot overemphasize this, the attitude, the defeatist attitude that everybody on the Republican side had. But you look at the campaign. What did Trump do? Trump did not identify people by virtue of their nationality. He identified them by virtue of their behavior, as criminals.

He stood up for law and order. He reached out to Hispanics. You know, the idea that Hispanics or women or any other group of people think alike, vote alike? That’s what Democrats want. They want mind-numbed robots who all think alike and who all vote alike. It’s easy! You dumb them down, you get rid of critical thinking, and you just have a blob, basically, out there of people that look for the D on the ballot and pull the lever. But Trump actually went to places Republicans haven’t gone. He went to Detroit.

He went to African-American neighborhoods and had a message that basically was, “What have you got to lose by trying me? It can’t get any worse, as I listen to you.” If I may say, my friends, he used a variation of one of my own utterances here that I’ve been using for a lot of years, and that is if I were African-American and I’d been voting for Democrats for 50 years and I’m still complaining about same things, at some point I’m gonna ask, “What is this getting me? Nothing! I’ve been voting for these guys to do me well!

Trump went out there and said, “I want it to get better.” It worked. He got an increase. I got the paper at the back of the Stack. Trump got 7% more black votes than Romney got. That’s huge. That takes the 93% that always vote for Democrats and takes it down to 86%, and that’s all anybody said had to happen. “We don’t need to get ’em all, Rush. We just need to get 8, 9, 10%, and we could ruin the Democrat Party.” Look what’s happened. Trump got 8% more Hispanic voters than Romney got in 2012, and he did reach out to them, and what was his message? (laughing)

Everything the Republican was crapping the bed over turns out to have worked. Am I a little bit over the line in saying that, ’cause that’s what they were doing. So all I did after 2012 was remind the Republicans, “Do not follow your instincts and don’t follow your consultants here.” But they’re in the establishment and I’m not, and so those are the people they trusted. (chuckles) I would love to be in their minds at that moment when they realized Trump’s gonna win ’cause, folks, you cannot exaggerate how defeated they all thought they were on election night.

I mean, it was keep-the-sharp-objects-away-from-from-’em time.

They really thought there might not ever be an R on a ballot again.

And you go from that to an election where you need a telescope to see the Democrat Party. (snorts) You know the thing about that? We all saw it. It was all there. I remember even telling you about it, how many seats the Democrats had lost 2010, 2014. They even lost seats in 2012. Obama won, but they lost seats in 2012, in the presidential election. Not a lot, but they Republicans got the Senate, didn’t they, in 2014? So it was all there. It was happening right before our very eyes. The Democrats were losing elections everywhere, except when Obama was on the ballot — and that is the racial component.