Predictions You Can Take to the Bank

RUSH: This is the New York Post today:  “Will a Sports Team Ever Visit Donald Trump’s White House?”

Folks, we could not write this stuff. We’ve got the commissioner of the National Football League admitting or claiming, I should say, that the election of Donald Trump is gonna make their mission to reduce domestic violence harder.  Domestic violence?  Donald Trump?  Domestic violence?  Roger Goodell claims that the NFL’s job is gonna be all that much more difficult now?  What, Trump’s election is a signal to the players in the NFL that abuse their wives to go ahead and do it?  What does it say for the education — these are college men in the NFL.

The NFL has its own rules and guidelines to keep their players in check.  What does the election of Donald Trump have to do with that?  How can Donald Trump literally erase the rule book in the NFL?  Look, folks, none of this is rational.  None of this is in any way common sense.  This is just abject fear.  And now the New York Post, “Will a Sports Team Ever Visit Donald Trump’s White House?”

Trump goes and meets Obama — oh.  Oh.  And I’ve got stories about that.  The Drive-Bys, they realized a lot of things that usually happen at this ceremonial event didn’t happen, not just the photo-op between the Trumps and the Obamas.  Yeah, wait ’til we get to that.  They’re really speculating on what went on in this meeting, and it isn’t good, naturally.

But this story by Mark Sanchez: “The Cavaliers snapped Cleveland’s 52-year title-less streak last season. And they may have begun a new drought after visiting President Barack Obama on Thursday: The champions may not celebrate with Donald Trump’s White House for the next four (or eight) years. The stunning election win Tuesday night by the controversial Republican candidate has made waves everywhere, the sports world included.”

Folks, I’m gonna make a prediction to you.  It isn’t gonna be long before everybody’s gonna want to work at the White House, everybody’s gonna want an invitation to the White House to state dinners or whatever goes on there.  It isn’t going to be long before everybody wants to be part of what’s happening because Newt Gingrich is right, we’re looking at eight years of revolutionary excitement and thrills and transformation and restoration of this country that people have longed for for I don’t know how many years. 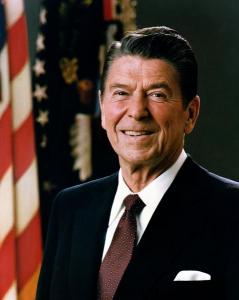 Well, maybe the NOW gang won’t go, but they might not be invited, the NAGs.  And maybe Planned Parenthood won’t go, and maybe the NAALCP won’t go, I don’t know.  But for the most part, you watch.  Don’t doubt me on this.

RUSH: I’m going to make you another prediction.  I think the left — I told you a couple days ago, they’re beginning to write a soap opera narrative that Trump really didn’t win, it’s the Electoral College and we gotta get rid of it, that Hillary won the popular vote.  I’m gonna make a prediction that in the final analysis of the electorate — and it takes a long time.  Michael Barone does this and does a book every year updating as much detail about turnout, where people voted and why.  It’s in-depth.

You know what they’re gonna find?  I will predict that before this is all said and done, a lot of illegal aliens will be found to have voted, in the millions.  You wait.  Let me rephrase it.  I won’t be surprised if this happens, and it will be enough to blow apart whatever theory these people have that Hillary won the popular vote, because you’ll have to take those illegal votes out, and when that happens, she will not have won anything.  Popular vote, Electoral College.  Don’t doubt me.

RUSH:  I’m sorry about that, Pauline.  Welcome to the program.

CALLER:  Thank you.  We’ve been listening to you for about 20 years, and my husband has withdrawal pains when we don’t hear you.

CALLER:  So, anyway, my question is, what do you think will happen with the Clinton Foundation since nobody, I can imagine, would be wanting to pay Bill and Hillary to talk to ’em anymore?

RUSH:  You know, it’s a great, great thing to ponder.  I’ve been asking myself a bunch of things.  They took a lot of money. I mean, they took millions. Some people gave them a hundred million dollars, Pauline, from people all over the world and governments, and they expected something for it that they’re not going to get now.

RUSH:  Yeah.  There’s a lot to be found there that nobody knows, and it’s served its purpose.  It rebuilt Clinton’s image after the Lewinsky circumstance.  It raised all this money for Hillary and Bill, and it made them rich.

RUSH:  So why continue it when there’s nothing they can offer?

CALLER:  And it made Chelsea very rich, too.

RUSH:  It did.  Now they’re talking about Chelsea running for Congress.  That might be one reason to keep — I know, I know, you think, gosh, will the monster never go away?  Hey, Pauline, would you like a new iPhone 7 or iPhone 7 Plus?

RUSH:  The Plus.  And who’s your carrier?

RUSH:  You have a color preference out there, Pauline?

RUSH:  Okay.  Done deal.  Taken care of.  So just remember, hang on.  Mr. Snerdley will get your address.  You’ll have it tomorrow.  But when you get it, it’s unlocked, which means yours is gonna work on any carrier. It will work on AT&T just fine.  It may have no SIM card.  It might have a Verizon SIM card in it, but pay no attention.  You take it AT&T and tell them it’s a gift, that it’s unlocked from the factory and you want your number put on it, and they will do that and make it happen.  So we’ll send you a black one, and you’ll have it tomorrow.

RUSH:  If I had to guess, I think Barack Obama will pardon Hillary Clinton before he leaves office.  But I still think they’ll wind down that foundation, whether she’s pardoned or not.  There’s gonna be a lot of Third World potentates who might be suing for breach of contract.  I’m half joking.  Some people might want their money back.  I mean, there’s a lot of people who’ve given a lot of money that’s now worthless.  This is a bigger deal than people are thinking.