Will There Be Gridlock After the Election?


RUSH: This is Reuben in Brawley, California.  Hi, Reuben.  I’m glad you called.

CALLER:  Hi, Rush.  It’s an honor to talk to you. (nervous chuckle) 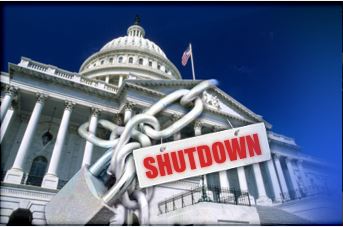 RUSH:  The reason I took your call is because I hear so many people warning people that this is gonna happen and —

RUSH:  — it is a reason not to vote for Hillary because the Republicans are gonna be running constant investigations.  I am not so sure anymore.  This is another thing. Let me just tell you.  In the first place, let’s deal with what he said about it. He meant to include the fact that there’d be never-ending investigations.  He put that in there at the end.  People… Those of you who are of young enough age do not remember living through like 1992 to 2000, ’93 to 2000.

It was a horrible period of time in one sense.  The president was constantly lying to the American people, and it got so bad that he became under almost constant investigation.  His wife trying to take over health care in 1993 caused all kinds of consternation and constant investigation, and it was a miserable time.  It was a miserable time.  There was no unity; the people of the country were not coming together.  It was divided like it is now.  There was no end in sight to it.

It ended with a flimsy impeachment attempt that never went anywhere once it went over to the Senate.  And this investigation that’s underway now is going to continue after the election.  It’s not gonna be resolved before the election.  And there are going to be people on the Hillary side of this who are going to be in big trouble, people that are ranking high in her campaign and her support group and so forth.

There are likely going to be serious consequences for the things that are being learned and have been done directly related to the Clinton Foundation.  Whether they return? Who knows?  We have a tradition in this country that presidents are exempt.  There are exceptions such as Nixon, but not very many.  We usually exempt our presidents from this sort of thing, like Gerald Ford pardoning Nixon.  And I’ll tell you this.  I wouldn’t be surprised if toward the end of next week Barack Obama issues a blanket pardon for Hillary Clinton.

They don’t know when to stop.  As far as the Clintons are concerned, they can never get enough power. They can never get enough money.  It’s just never enough, because there’s always… No matter who you are, there’s always somebody with more.  And as long as there’s somebody with more, the Clintons are going to want it.  It’s just who they are.  I know these people like the back of my hand.  I know them like I know liberals.  I know why they’re doing what they’re doing, and it’s about money, folks. 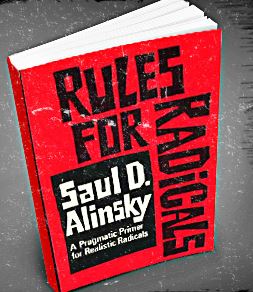 And it’s always bothered them.  They go to Arkansas, he becomes attorney general, then governor.  She has to trudge through the halls at the Rose Law Firm and mess around with cattle futures and this kind of stuff.  All of their friends are powerful, wealthy-beyond-imagination Democrats with power out the wazoo.  So they started they thing called Renaissance Weekend, and the Renaissance Weekend took place every fall in various places around the country.

There were various people, essentially it was wealthy, you had to be wealthy. Powerful Democrats were brought together by the governor of Arkansas, and it was ostensibly to come together on policy and the future of the country and winning power and all this, but it was about collecting people who were rich, and the Clintons didn’t have any.

An analogy would be, let’s say you work at a place where a lot of the people are paid a lot of money but you’re not, but you work with them.  You’re in the same office.  And on a Friday they say, “Hey, you know what?  Let’s go to Vail for the weekend.”  They tell you, “Come on, let’s go away.”  You can’t because you can’t afford it. So you make up an excuse, you have to work or whatever. They go off to Vail and you stay in your studio apartment eating your Hamburger Helper.

Well, you don’t like that.  You want to be able to go off to Vail or wherever.  It’s this kind of disparity that ate at them and they have been on a quest to erase this gap since they’ve been in public life.  Look, the Clintons don’t manufacture anything.  They don’t produce a service.  There’s nothing they do that people would purchase from them to make them wealthy.  You make 400 a year doing president’s job.  You make 186 as secretary of state.  That’s not, “Hey, let’s go to Vail for the weekend,” kind of wealth.

So what did they do?  They started selling access to the things they did have that people wanted.  The Lincoln Bedroom, close relationships with them, the president and the first lady, they monetized everything for personal gain.  It didn’t matter what it was and where it came from.  They leave the White House and Hillary says they’re broke.  They stole furniture!  I’m not making this up.  They literally stole furniture leaving the White House.  It was discovered.  They had to give it back.

Then they set up this foundation and everybody knew that the reason for it was for Clinton to recapture his image that was lost because of the Lewinsky situation.  He was a national joke.  The name of his paramour became a substitute word for a sex act, for crying out loud.  He was a national joke.  It was a humiliating embarrassment for him.  And so here comes the Clinton Foundation with the Clinton Global Initiative, and its design is to show Clinton as a charitable man and his wife, same thing, doing good works and helping the downtrodden, disaster relief and so forth.

And at the end of ten years they’ve got $350 million running a foundation, and that’s what this investigation is about.  So how does that happen.  How does a president — he’s not had a job since he left the White House, folks, not a job.  Has not had a job.  She made $21 million in two years doing 20 minute speeches, 350 grand to 275 grand a pop.

“Well, Rush, why would anybody give him that kind of money?”  That’s right.  Wouldn’t give me that kind of money.  Why?  Because they’re leveraging access to power within the United States government!  It’s what makes this insidious!  That’s what they’ve got to sell!  That’s all they’ve got to sell!  They don’t make an iPhone!  Their speeches are not all that great!  There’s no special insight you get from listening to Hillary make a speech!  You’re distracted by the eyes wandering all over the place.  You have no idea.  Doesn’t matter.

You’re buying access!  You’re buying a chance to have the United States government influenced on your behalf so that you can get even richer.  That’s all this has been about.  That’s who they are.  This is all being investigated now.

Look, I’ve got take a break.  I went a little bit longer here than I intended to.  But I did not lose my place.

RUSH:  I know.  You think that when I went off with diarrhea of the mouth I lost my place in answering that guy’s question.  I did not.  He then said, after he talked about all the ongoing investigation, “Rush, there’s gonna be gridlock. You have Republicans in the House, maybe the Republicans still control the Senate and they’re gonna be opposing Hillary at every turn.”  And I said, wait, really?

Where is the evidence that the Republican Party opposes the Democrats?  Let’s take a couple of scenarios.  Let’s say she narrowly wins.  That could give them some guts to oppose.  But if she wins fairly sizably, I can see these people being long faced, dejected for two years and thinking that the country doesn’t want her opposed on anything.

Mitch McConnell has said that he is now supporting Trump and is going to go out there and campaign.  And Ted Cruz is gonna campaign with Pence for Trump.  And McConnell was one of these guys saying Never Trump, none of the time, no way, no how, and now McConnell breaks months of silence on Trump.  We need a new president, Donald Trump, to be the most powerful Republican in America.  Why would he do that today?

RUSH:  So does Mitch McConnell think Trump’s gonna win, does he think it’s safe to support Trump, or is McConnell just trying to save the Senate for Republicans?  Guess we’ll find out in due course.