Thiel Educates the Elites on Trump


RUSH: Peter Thiel, perhaps the lone Silicon Valley billionaire who is supporting Donald Trump.  And Peter Thiel has taken his lumps in Silicon Valley.  As you know, I read a lot of tech blogs, and they hate Peter Thiel.  These are young Millennial tech journalists who all believe in climate change, who all believe in practically whatever any Democrat anywhere has to say, they all believe it, I mean, they’re robots.  They have been mind-numbed through their education and just accept it.

I was stunned that he was not a leftist.  Let me put it that way.  Whatever he is, maybe he’s Libertarian, I don’t know, but I was stunned and surprised to find out that he was not a leftist.  So he’s at the National Press Club today trying to bring it home for Trump.  He spoke at the Republican National Convention.  And in two sound bites here, I want to see what you think.

THIEL:  I don’t agree with everything Donald Trump has said and done, and I don’t think the millions of other people voting for him do either.  Nobody thinks his comments about women were acceptable, but I don’t think the voters pull the lever in order to endorse a candidate’s flaws.  It’s not a lack of judgment that leads Americans to vote for Trump.  We’re voting for Trump because we judge the leadership of our country to have failed.  This judgment has been hard to accept for some of the country’s most fortunate, socially prominent people.  It’s certainly been hard to accept for Silicon Valley, where many people have learned to keep quiet if they dissent from the coastal bubble.

RUSH:  Now, folks, this is right on the money.  This explains every Trump supporter.  You know, the media and a lot of nose-out-of-joint Republicans and even a lot of nose-out-of-joint conservatives are wandering around trying to figure out why this reprobate, why this coarse, this braggart, this bombastic, this rough-around-the-edges, why this guy with no character, why do so many people support him?

And Thiel nails it here, and it’s true for everybody supporting Trump.  They’re not endorsing Trump because of his flaws.  His flaws don’t matter right now because people have judged the current leadership of the country to have failed and failed big, and they show no signs of even realizing they’ve failed.  The people opposing Trump both in the Republican and Democrat Party do not sense a crisis. 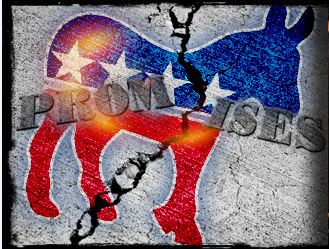 Obamacare, it doesn’t matter to them.  They have their own work-arounds for this.  Taxes, Obamacare, jobs, manufacturing, whatever it is, they have purposely insulated themselves.  It’s a fact that people have slowly come to realize, that people in Washington create rules for the rest of the country from which they exempt themselves.  So there’s two sets of rules here, and the people running the country right now are seen as having failed big time.

Not only that, not only have they failed, they have lied during campaigns. They have led voters to believe they do understand the problems and they do think the country is at a crossroads crisis. And they have led people to believe that they’re gonna work hard to, say, close the borders and have immigration make sense, it’s gonna be legal. And they’re gonna get Obamacare fixed, health care fixed. And nothing ever happens, it’s just words, and they have listened to these words for one election cycle too many now.  And here finally is a chance to blow it up.

I have maintained from the beginning, from all the way back in the primaries, I spent I don’t know how many hours combined trying to explain to people why Trump had the support that he has, who the people were supporting him, and why they could not be peeled off from him. Why no matter what they tried to take Trump supporters and get them to abandon him, it didn’t work.  I’ve spent I don’t know how many hours trying to explain it.  It’s not complicated whatsoever.

Donald Trump exists not because America has descended to the gutter culturally or socially and finds a reality TV star to be more genuine than a politician.  Donald Trump has ascended to the position he holds because the people who have been in power are taking the country down the tubes and in the wrong direction, and people have tried every which way they think, using the Democrat process, to stop it.  They’ve voted, they have donated, they’ve tried to raise money, but the IRS has come along and shut some of them down, as you well know. 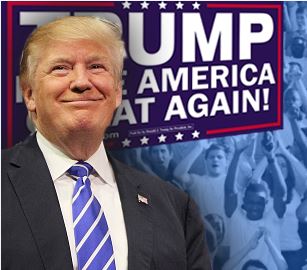 RUSH:  See how simple this is?  Things are not normal; this is not the way America is supposed to work.  This is no more complicated than that.  He could have added any number of things here to define “normal country.”  A normal country does not have health care priced beyond the vast majority of the population’s ability to afford it!  A normal country does not have 94 million Americans not working!  Almost half the adult population is not working!  That’s not normal!  And if you want to delve into the culture, then it’s really not normal!

Now, Thiel didn’t go there, but a lot of people do when they make these assessments.  It’s not working! This is not how it’s supposed to work. It’s not normal, the leadership — and the leadership consists not… It’s not political parties.  It’s not an indictment of Democrats only or Republicans only. It’s the establishment ruling class of Washington that is properly seen as the leadership of the nation.  And they’re failing.  And not only are things abnormal, they’re getting worse.  There’s no indication that anybody there understands what needs to be improved, much less how to do it.