Is the NFL’s Loss MLB’s Gain?


RUSH: This is from America’s Newsroom this morning on Fox.  They had a sports reporter there by the name of Jared Max. He was talking about the World Series.  Question:  “The series has gotten an enormous amount of hype as being historic and exciting for the entire Midwest and the rest of the country.  How do you think it’s looking so far on that measure, Jared?” 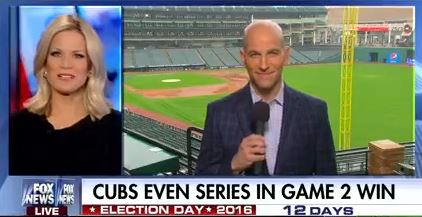 People in the NFL say, “We’re overexposed, you know? We have all these games on Sunday then we got Sunday night, then we got Monday night, then we got Thursday night. There’s too much football.”  You can watch every damn baseball game in the world if you want to. They televise every damn one of them.  Ratings are up 30%.  This reporter here may have a point.  The people tuning in know they’re not gonna watch the flag disrespected. They’re not gonna watch the players during pregame introductions lay down, sit down, take a knee when the national anthem is played.  He may have a point.