RUSH: Here’s Kathryn in Houston as we start on the phones.  I really appreciate your patience.  I got on a roll here today, and I didn’t feel like interrupting myself, so I appreciate your hanging on.

CALLER:  Not a problem.  Thank you for taking my call.  First-time caller.  Closet listener and also a Trump supporter in the closet also, been very quiet and laying low.  I went to do my civic duty, early voting.  And it was very interesting, I was just waiting in line and then all of a sudden this mother-daughter with her family became — she’s like, “There’s a problem.”  She brought it to the attention to the woman who is allowing everybody in to go in to vote, and she said, “You can either vote straight Republican or straight Democratic.”  And what ended up happening is that she said, “Well, when my daughter went to vote for the president, you know she went straight ticket, but then she went to go for Trump, his name was gone off the straight ticket.”

CALLER:  She said 18, it was her first time voting.

RUSH:  Okay.  So at least that’s okay, ’cause I’m envisioning a five-year-old here —

RUSH:  Okay.  So this did not happen to you; it happened to another mother-daughter.

CALLER:  Yeah, right in front of me, because then it made me make sure that I went carefully through my voting.

RUSH:  What kind of ballot?  Is this a paper ballot that you punch holes in or is it electronic ballot?

CALLER:  Yes, that’s what the mother and then the —

RUSH:  Well, does every other Republican’s name on the ballot disappear?

CALLER:  She did not go further.  They kind of moved her aside and then brought the judge out, and then she was just telling everybody in line, make sure you go carefully through.  It was interesting because everybody, I pretty much got the feeling that everybody was a Trump voter because they were all talking then before I ended up getting shooed in to go vote.

RUSH:  Okay, I’ve not seen an electronic ballot.  We here in Florida still do the chads. (laughing) Yes, we do.  Well, we don’t punch the chads; we color ’em in and then the machine reads them. We have a little black pencil, we go in there and it’s like coloring book day.  So I don’t know the kind of ballot you’re talking about.  I can see where, if you vote straight ticket, I can see where the candidate’s name would disappear because the vote then has been registered.

CALLER:  And that’s what she was asking, she was inquiring.  Because at the end after you — let’s say, for instance, how I myself did it by going individually by each name that I was going by and punching it, it would go back and allow you to double-check and you could go previous to make sure all the names that you would selected would be there for you.

RUSH:  Now, interestingly I have just been informed that there is a story at the Zero Hedge blog, Zero Hedge website.  Here’s the headline, five hours ago:  “Texas Rigged?  Reports of voting machine switching votes to Hillary in Texas.”

CALLER:  I wouldn’t be surprised.

RUSH:  You would not be surprised?

CALLER:  Down to Texas.  I’m originally from Chicago, northwest of Chicago.

RUSH:  Well, then you’re used to this kind of stuff.

RUSH:  Okay, but you don’t have any evidence that woman’s vote was switched, it’s just Trump’s name disappeared and nobody knows why?

CALLER:  Right.  So what happened was the woman was like, “Well, I’m gonna come back with my mother who is an elderly woman.”  And then she’s like, “Well, you can be your mother’s assistant in voting, being a voting assistant.”  And she goes, “Well, then, should I have been my 18-year-old daughter’s voting assistant to make sure that — I want to make sure that my vote is counted and it’s counted correctly.” 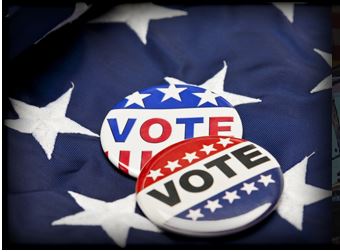 CALLER:  But then the judges, people were trying to move her and her family aside and getting people, you know, moving everyone quickly.  I’m just saying, too, all those that are, like myself, a Trumpster quietly —

RUSH:  Most people are.  Most people trust the system, most people trusted Obama on health care.  They believed him. He’s president.  Premium’s gonna go down $2,500, they believed it.  Some people thought it was free, showed up at the hospital, “Hi, I’m here for my appendectomy.”  “Oh, well, we don’t have you –” “Obamacare was signed yesterday, it’s free, I’m here to get it.”  That happened at some places.

Every election we get stories like this, Kathryn, from people from all over the country.  In this case we’ve got a backup here from Zero Hedge claiming other people — not claiming; reporting other people are claiming the same thing as you, except they’re going a step further and saying that the machines in Texas are changing their votes from Trump to Clinton.

One similar report to yours happened in Arlington, Texas, between Fort Worth and Dallas.  The person voted a straight Republican ticket only to find just before submitting her ballot that her presidential choice had been switched to Clinton-Kaine.  I don’t know, based on your story, how you would know that.  Your story is that Trump’s name disappeared after voting straight ticket.

RUSH:  Okay.  Bill in College Station, Texas, you’re next, sir.  Great to have you here.  Hello.

CALLER:  Hey, Rush.  Really good to talk to you today.

RUSH:  I’m glad you got through, sir.  I appreciate your patience, too.  Thank you.

CALLER:  Not a problem.  I just want to let you know that we started early voting here in Brazos County, which is where Bryan College Station is, and we’ve got other reports that places like Fort Bend County are having the same problem where, just like Kathryn said, people are voting straight ticket Republican and then when they go to check off the ballot before they cast their vote, they’re finding that Donald Trump’s name has been unchecked.

RUSH:  I’ve got two other calls on hold that want to make the same point, throughout Texas.

RUSH:  One’s in Houston, another one’s in Arlington.  And you’re in College Station.

CALLER:  Well, I think the glitch is that the Democrats forgot to cover up the fact that they were gonna delete the votes for Trump and it showed up on the screen.  I think that was the glitch.  I don’t think the glitch was that there was — you know, the other was going on, so — 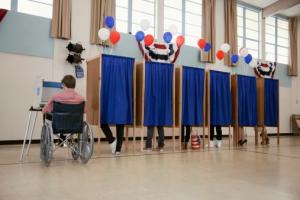 Folks, we get in the weeds here in this stuff.  Every election we have stories from all over the country about attempts, supposed attempts to tamper with voting machines, hanging chads you remember in 2000 Florida.  I’m sure all of you who’ve called today to tell us about it are telling the truth, too, but it looks like it’s widespread.

Here’s the thing.  Normally you would count on your party to have lawyers present to be vigilant and looking for any sign of irregularity, and you would count on your party to handle the legals of this and to make sure if it is being tampered with that doesn’t stand, but there’s some people wondering to what extent that would be the case this year. So I’m sure people are gonna stay on this, as much distrust as there is.  Anyway, I appreciate the call Bill.